In the book Friday Night Lights by Harry Gerard Bissinger, head coach Gary Gaines asks of his players, “Can you be perfect?”.

He goes on to say:

Being perfect is not about the scoreboard out there. It’s not about winning. It’s about you and your relationship with yourself, your family and your friends.

Being perfect is about being able to look at your friends in the eye and know that you didn’t let them down because you told them the truth. And that truth is you did everything you could. There wasn’t one more thing you could’ve done.

Can you live in that moment as best you can, with clear eyes, and love in your heart, with joy in your heart? If you can do that gentleman – you’re perfect!

Jonny Wilkinson’s storied career began as an 18-year-old on an ill-fated tour of Australia and New Zealand in 1998. His first start and real taste of Test match rugby came in a 76-0 drubbing at the hands of Australia. During that Test match he missed a kick at goal which was essentially in front of the posts.

A man of lesser mental fortitude would have probably never played for England again, but he became the man who would carry the Roses on his own at times. One of only two players to score over a thousand Test points, he kicked a drop goal on his right foot in 2003 to secure England their first and only World Cup win and is regarded by many as England rugby’s greatest-ever matchwinner.

Clive Woodward described Wilkinson as the most competitive and demanding player he has ever coached. He constantly strove for perfection. Be it goal kicking practice by himself on Christmas mornings or extra weight training on New Year’s Eve, Woodward often had to plead with Wilkinson to stop keeping the team bus waiting while he practised his goal kicks.

What also set Wilkinson apart from most was his ability to hit and hit hard in the tackle. He revolutionised the role of flyhalf from a defensive point of view – his channel was not one you wanted to run down. Any young player running a team from flyhalf and relaying his battle tactics to seasoned campaigners like Martin Johnson and Lawrence Dallaglio must have respect, conviction and intelligence when delivering that message.

The English team of the early 2000s was magnificent. Six Nations titles, beating the All Blacks in New Zealand, record wins and points scored against the Springboks – they simply intrinsically knew how to win, and Wilkinson’s desire and ability was the core element that drove that dominance.

His dedication to his craft is what Wilkinson credits for the early successes in his career, and he was never shy to tell the team when a practice session wasn’t up to standard – or, and perhaps more accurately, not up to his standard. 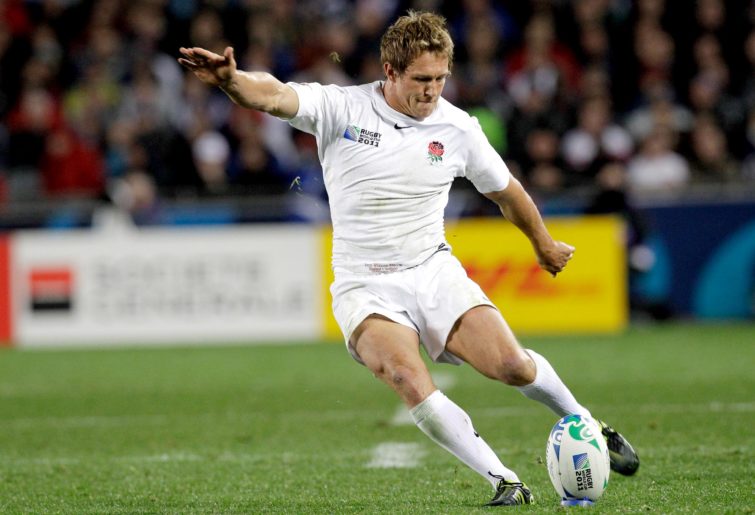 He knew the limitations in his game, such as his speed and footwork, which he constantly strove to improve by learning from the likes of Jason Robinson. However, that relentless pursuit of perfection would also become Wilkinson’s greatest challenge as injuries began to blight his longevity and cloud his mind. Anxiety and depression would come to haunt him in his latter playing days, and revealed all in a telling interview with Express newspaper in England.

As he got older he felt typecast as only a rugby player. He stated he would be sitting at dinner with close friends and family but “wasn’t really in the restaurant”. Suffice to say all that preoccupied his mind was his previous performance and the upcoming match; he lived and breathed from Saturday to Saturday.

It was unhealthy and began to cripple him. The burden he had placed on himself to carry the team was affecting him to the point he famously locked himself in a toilet cubicle before a European club final, too nervous and anxious to deal with that moment.

Here is a player who on the outside to us as fans and pundits seemed infallible, yet he confessed that later in his career he was an absolute mess and frantic before matches. It’s not the type of talk you would expect to hear from a veteran of Test match rugby and a World Cup winner.

It is particularly here where admiration and respect must go to Wilkinson. It is not easy, especially as a professional sportsman, to speak about mental hurdles which need to be overcome. Here is a serial winner showing a side of him none of us knew about. It makes him relatable to us as mere mortals and our own issues we face.

If you ask me, that’s as damn near perfect as you will get. 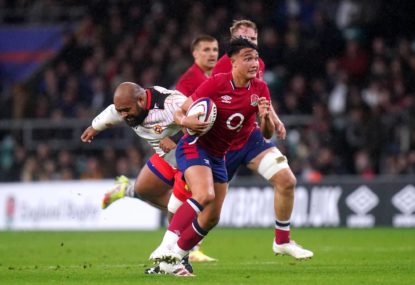