Another run of Super Rugby has been run and won – here’s how the food chain looks after seven weeks.

The Crusaders obliterated the Hurricanes, 32-8, on Friday night, and it could have been more.

Kieran Read returned, then got injured – but little could sour the Canterbury franchise’s mood, as they put to bed any questions about their form following a loss to the Waratahs last round.

A dominant, professional performance from the Crusaders, and another week on top of the rankings.

Had a Bye this weekend, but remain on top of the South African conference through the first seven rounds. A Hurricanes loss sees them slip up to the second spot.

The Bulls snuck past the Sharks in a highly entertaining, and at times hostile, South African derby.

Hooker Schalk Brits was red carded for his part played in a fight with his opposite number Armand Van De Merwe, but it wasn’t enough of a distraction to stop his side from holding on in the last 10 minutes.

Jesse Kriel and Handre Pollard were instrumental for the visitors.

A game they were tipped to win, but win well they did.

They controlled the contest for the entire 80 minutes, and never gave the Reds a look in after they took the lead.

Quade Cooper would have had Brad Thorn perhaps regretting a few decisions he has made about the mercurial playmaker, as he orchestrated a number of attacking waves, and played with a level of sensibility and composure we haven’t seen a lot of in previous seasons. He set up two tries, and scored 12 points with the boot.

32-13 the final result – and the Rebels go back to the top of the Australian conference. 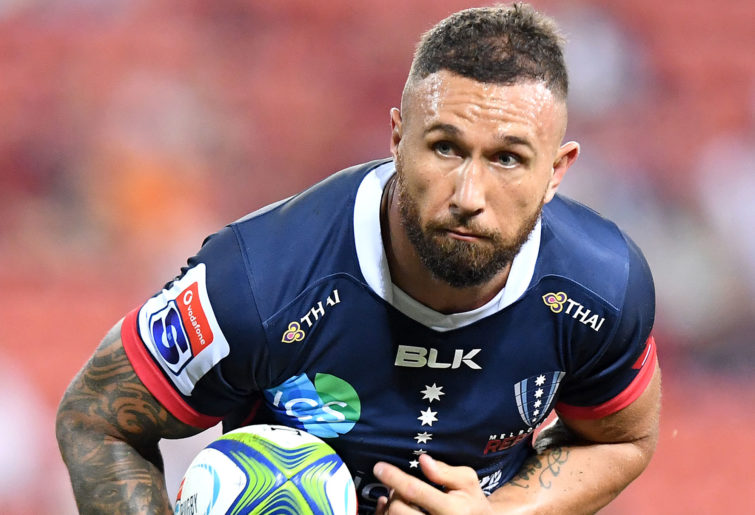 The Hurricanes were smoked by the Crusaders, and showed little of the good form they’d displayed through the first six weeks.

Admittedly, they ran into a Crusaders outfit who seemed locked in from the first minute, but they made too many handling errors, and turned the ball over too many times, to be in the contest.

Beauden Barrett had a poor game, and will look to bounce back next week in a derby with the Highlanders. Laumape was the standout for the home side.

Went down in a thriller against the Bulls, but showed enough to keep them up the top section of these rankings.

They only scored three points in the first half, through the boot of Robert Du Preez, but importantly, only conceded six.

For me, this was one of the games of the round – owing to the attritional defence shown by both sides.

The Sharks scored late through Andre Esterhuizen, but couldn’t convert to tie things up.

Slowly, but surely, the Blues have strung together a few nice performances – their round seven, 24-9 win over the Stormers was their best so far this year.

For a team that has struggled with their defence, it was pleasing to see them only concede nine points.

Sonny Bill Williams was immense, and set up Otere Black with a trademark break and miracle offload. Rieko Ioane scored again (shock), and Tanielu Tele’a had his best game of the season.

The Blues have now won three straight for the first time in three years.

The Stormers failed to fire a shot against the Blues, only scoring nine points through the boot of Jean-Luc Du Plessis.

They were shut down in the midfield and around the breakdown, and despite having the superior set piece, could not capitalise on the opportunities they had to score points and put pressure on the visitors.

A week is a long time in sport!

I joke, but I cry inside.

The Waratahs have a tendency to play to the level of their opponents, and after a record-breaking win over the Crusaders last week, a loss to the Sunwolves this week was tough to watch.

With Bernard Foley rested under the ARU rotation policy, stand-in flyhalf Mack Mason looked out of his depth, and made a number of errors, as Semisi Masiwera ran in three tries to break the back of the Waratahs gameplan.

Rob Simmons and Cam Clark had their best games for the Tahs this season, however that is little positive – as they were beaten by a much better team on the night.

Had a Bye this week.

The Chiefs made it two straight, as they ran over the top of the Jags to win 30-27 in a thriller.

Damian and Marty McKenzie put on an attacking clinic in the first half, and they led at the break, 17-6.

They were slow out of the blocks in the second stanza, but hung on late to win.

The Jags would be frustrated with a 30-27 loss to the Chiefs overnight.

They were on the other end of a Damian McKenzie masterclass, and didn’t recover – despite a late resurgence through Matias Orlando.

They now sit at the bottom of the South African conference, and are developing the (unhappy) knack of losing close games.

When a team is cut like the Sunwolves, you’d forgive them for turning up and not playing hard.

However, this team has made it abundantly clear that it is not in their gameplan, and they embarrassed the NSW Waratahs 31-29.

Semisi Masirewa had a hat-trick, and Damian McKenzie used his elite game management skills to pin the Waratahs – making it difficult for the home team to counter-attack with any efficiency.

A great performance, and their first win in Australia.

They spent almost the entirety of the first stanza parked in their own half – and couldn’t string anything together in attack.

Their bench has been a shining light for them in previous weeks, and they were energetic, if ineffective, when thrown in for the last half hour – Taniela Tupou grabbing a consolation try.

A poor few weeks for the Queensland side, who now hold the worst record in the competition after a bright start.

Our hirsute Saffa analyst has been analysing and interpreting the performance of different positions and attempting to discover new statistical tools to review players for the last few years. This exercise is an attempt to provide him with possibilities to evaluate those players receiving a ball in open play. I will not include here receiving […] 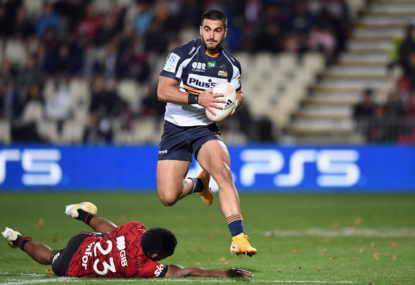 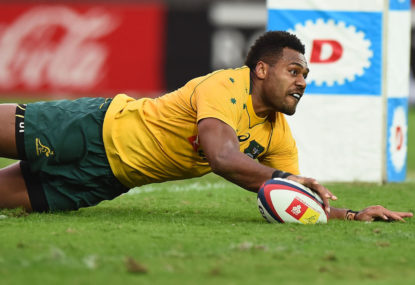 How will Samu go ahead of the Olympics? 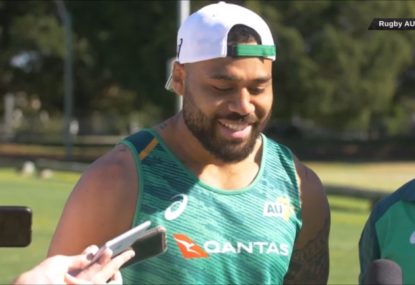 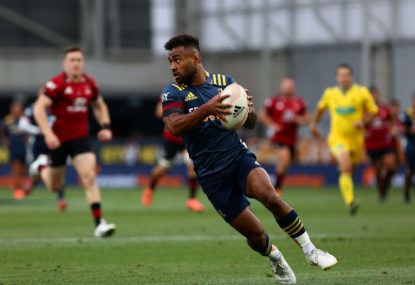