Ernie Merrick is one of the A-League’s greatest characters and managers.

His two championships and premierships speak to the latter.

Ernie Merrick is also a creature of habit, and it’s not necessarily a good one.

After 23 rounds of the 2018-19 season the Newcastle Jets look set to the miss the finals.

They’re seven points outside of the top six with four matches remaining. Wind the clocks back 12 months, and the Jets were the fairy tale of the A-League, going from wooden-spooners to hosting the grand final in front of almost 30,000 fans.

Andrew Nabbout and Riley McGree have left the club, players such as Dimi Petratos haven’t hit the strides they did last year, Roy O’Donovan missed a third of the season due to suspension, and they’ve suffered multiple injuries, especially to attackers Joey Champness, Ronny Vargas, and Jason Hoffman.

The Jets netted 57 times last season and won 15 regular season matches. This year they have only won seven from 23, and have only scored 29 goals. Their winning percentage has gone from 55 per cent to 30 per cent.

This happened to Ernie Merrick when he was manager at the Melbourne Victory.

After their all-conquering 2006-07 season when they won the Grand Final 6-0 after finishing 12 points ahead of second place, they missed the finals scoring 29 goals instead of 41, and winning 28 per cent of their matches, unlike the season before where they won 66 per cent.

After making consecutive Grand Finals in 2009 and 2010, the Victory finished fifth and were eliminated in the first week of the finals by Gold Coast.

Despite fielding a relatively similar team as they did in the 2009-10 season, they only managed 11 wins out of 30, taking their win percentage from 51 per cent to 36 per cent.

Merrick was then sacked and moved to Wellington Phoenix where after enduring a tough first season, he took the Nix to their first ever top-four finish in 2014-15. They won 14 of their 27 matches, and scored 45 goals in the process.

The next season they finished ninth, only won seven of their 27 matches and scored just 34 goals, taking their win percentage from 51 per cent to 25 per cent. 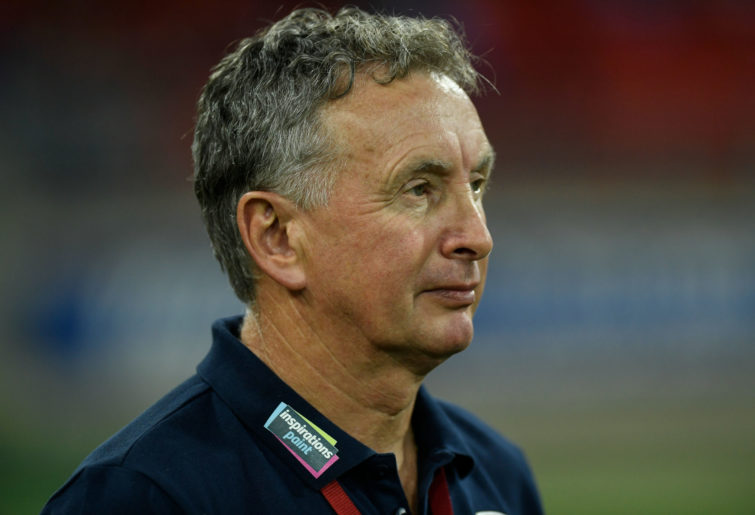 So while I’ve thrown a bunch of numbers at you, it can be seen that for some reason Ernie’s fast-paced, counter-attacking style dies out quickly.

Is that caused by injuries, suspensions, transfers of key players, or opposition sides becoming aware of the style and being able to shut it down?

Newcastle looked like they would sneak into the finals season but back-to-back losses to the Mariners and the Phoenix have severely dented those hopes, leaving Merrick and the Jets pondering what could’ve been after such a euphoric season prior.

A bunch of players have re-signed while there are still a few off-contract. Does Ernie use that to sign fresh, fitter, and clinical players?

Will he try his luck again with the same formula that has given him four A-League titles, or will the 66-year-old be willing to switch things up?

To further the roller coaster of Ernie’s managerial career, no A-League side has missed the finals two seasons in a row under his management, so fingers crossed!

A headline such as the one above is usually written after an underwhelming performance, a bad loss or a catastrophic capitulation.