For the last few seasons, I’ve written an overreactions piece after the first round of the NRL, as a tongue-in-cheek way to poke fun at those that read too much into one, early-season, round of footy games.

Whilst I think three rounds remains too small of a sample size to arrive at any definitive conclusions on the season ahead, and teams certainly shouldn’t be pressing the panic button just yet, by the same token, under-reacting can see your season slip away before you’ve had a chance to course-correct it.

Most pundits had the Storm, Rabbitohs, Sharks and Roosters finishing in the top four in some order, and Round 3 saw those expected competition heavyweights flex their muscle. Either through big wins (Cronulla and Sydney) or staying undefeated (South Sydney), or both (Melbourne), all of those teams provided validation for the opinion they’ll still be standing at the business end of the season.

Conversely, some teams already have their fans feeling a little nervous and anxious, along with questioning the big moves they made in the off season.

Which brings us neatly to the Penrith Panthers and New Zealand Warriors.

The potential negative impact of the video sex scandals aside, a lot was expected of the Panthers in 2019. A top eight finish last season – despite the bizarre choice to sack their coach on the eve of the finals – and the recruiting ‘coup’ of stealing Ivan Cleary from the Wests Tigers, had optimism levels high for the Mountain Men this year.

Again, it’s early, but thus far the Panthers have looked well off the pace. The team has one victory from three games, and even that win against the Newcastle Knights was far from convincing.

Penrith haven’t scored a try in their last 116 minutes of action, and though a lot of the credit for that statistic should go to the Storm’s defense on Saturday night, it’s also a bit of a concern for the Panthers’ attack. They’ve scored just 30 points for the season, with only cellar-dwellers, the Gold Coast Titans, failing to trouble the scoreboard attendant less often than Penrith.

The halves – James Maloney and Nathan Cleary – are rightfully feeling some heat for the damning lack of points, but Penrith aren’t getting much from the dummy-half position, and unbelievably, no player in the backline has crossed for a try.

Given the sluggish start to the season, you would expect most stats are going to be relatively poor, but at some point – perhaps sooner rather than later – questions should be asked of Penrith’s big name signing: their coach.

Panthers general manager of football, Phil Gould, announced the signing of Ivan Cleary to much fanfare, and even more controversy, given that Cleary was already contracted to the Wests Tigers.

While getting Cleary’s signature was touted as a stroke of genius – and a touch underhanded – by Gould, the commentary was dominated by the narrative of it being savvy because it ensured young halfback Nathan Cleary would stay at the club. The talk about Cleary actually being a great coach was a little less pronounced.

So let’s talk about Ivan’s coaching.

He began his NRL coaching career with the New Zealand Warriors in 2006, staying with the club for the next six years. The highlight was his final season, when he guided them to the 2011 NRL grand final, where, as the underdog, they lost 24–10 against Manly. His overall winning percentage with the Warriors was 49 per cent.

The next season he moved to Penrith, and after a couple of tough seasons, he took the Panthers to the preliminary final in 2015, eventually losing to the Bulldogs, but being named the Dally M coach of the year. However, at the conclusion of the next season, after narrowly avoiding the wooden spoon in the season’s last game, Cleary was fired. His overall winning percentage with Panthers was 45 per cent.

After a year off, he returned to the NRL with the Wests Tigers. He led the team to a 14th place finish in 2017, and a spirited ninth place finish in 2018. Though he received credit for doing a good job, the record will show no finals appearances in his two seasons there. His overall winning percentage with the Tigers was 42%. 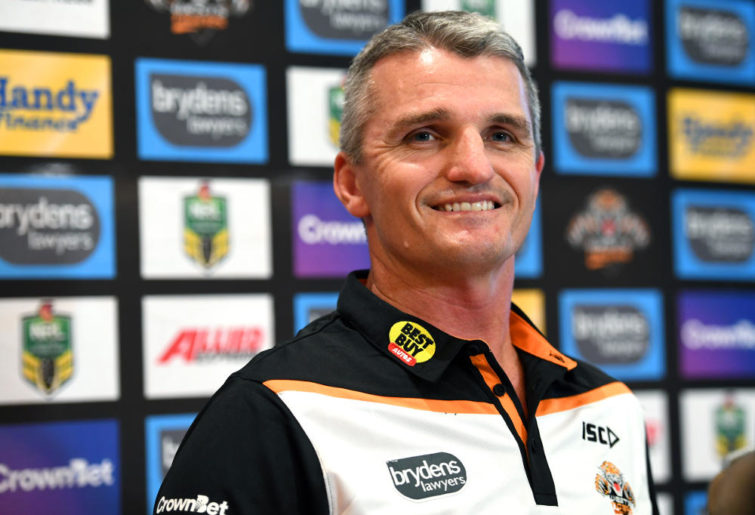 Including his second stint with the Panthers this season, Cleary currently has a 47 per cent winning percentage, having won 145 games, and lost 162. That’s not terrible, but it’s not great.

In fact, hovering at roughly a 50 per cent strike rate, one could suggest it’s decidedly . . . average.

So the question rightfully needs to be asked, is Ivan Cleary a good coach?

It’s not a question I’m qualified to confidently answer, but it is a question Gus Gould may need to ask himself very soon. Though one would hope he asked himself that before he signed Ivan. For the second time.

Meanwhile, a question you would hope the New Zealand Warriors asked themselves was ‘Are we better off without Shaun Johnson?’

I struggle to believe the answer to that question could ever be ‘Yes’, unless you had an equal, or better, replacement for him. Spoiler alert, but I certainly don’t think Adam Keighran is.

For whatever reason, the Warriors decided to part ways with Johnson, telling him he should look around for his next contract, and eventually letting him go a season early. The half had no shortage of suitors, and eventually signed with the Sharks.

The reasons for the Warriors going cold on one of the best players in the competition were never fully revealed, though there was talk that management didn’t feel Johnson was worth a price tag of over a $1 million a season.

If that’s true, then quite simply, they’re wrong.

When you look at the money that Ben Hunt, Anthony Milford and Michael Morgan can reportedly command, that becomes the market for good halves. And you could easily mount the argument that Johnson is better than all of them. So, he is worth $1 million, plus.

There are rumours that Johnson had fallen out with management and the leadership team, and that keeping him would have caused damage to the culture of the club. If true, that’s a bold decision and somewhat commendable. Though it does raises questions of how the situation was allowed to get that bad.

Irrespective, it’s a big call to send your best player packing without a better replacement, and if it was done in the best interests of the team, I can only assume the Warriors mean “for the long term”, because it’s left them talent-depleted this season. The fact Johnson also carved up for Cronulla on the weekend certainly rubs salt into the wound.

It’s a decision that may come back to haunt the Warriors, if it hasn’t already.

Perhaps they can look at the Panthers and console themselves with the fact they might not be the only team to regret their off-season decisions.