The winnable battle for a rugby heartland

One of the greatest criticisms traditionally levelled at rugby union powerbrokers has been their inability to make inroads into the vast potential of Western Sydney.

It would be fair to say that 15 years ago, with the regular sight of 100,000 fans filling Homebush Stadium to watch the Wallabies, the opportunity was ripe to expand rugby union’s sphere of influence into rugby league heartland.

Fast forward to today and it is indisputable that not only has the battle for the west been lost, but that the very notion of a rugby union Heartland is a concept that can no longer be taken for granted.

Indeed, 15 years ago we believed we were in a competition for the soul of the city against our rugby league brothers. What was unforeseen was the impending invasion from the flanks in the shape of AFL and soccer.

Western Sydney has suddenly become a very crowded place, and rugby union is now the least equipped of all the protagonists to launch any meaningful offensives. It is currently home to about four NRL teams, soon to be two A-League teams, a well-funded AFL team, and one struggling Shute Shield club that hasn’t won a premiership in 34 years.

But what of the traditional rugby union heartland from which this game has fed its ranks for generations? As other codes look to expand, should this not be a time for our game to consolidate instead of fight an unwinnable battle?

As fate would have it, in one sizeable chunk of that heartland, a rare opportunity has arisen to create something the game has never had – a monopoly.

The Northern Beaches and North Shore of Sydney, an area home to about 500,000 people, currently fields four Shute Shield teams – three of which regularly compete in the finals.

In just the last ten years, the Northern Beaches alone has produced over 14 Wallabies, with a further six coming from the North Shore. The likes of George Smith, Scott Fardy, Wycliff Palu, and Michael Hooper all emerged from this important Rugby nursery along with countless Super Rugby players. 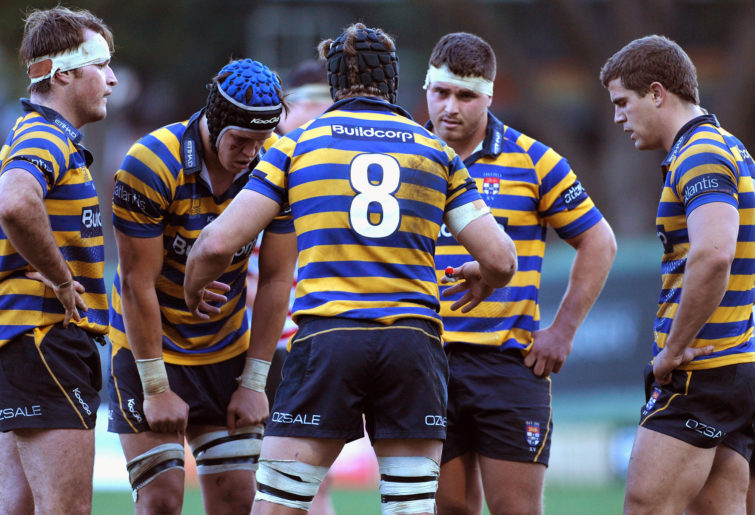 Yet in this same space, rugby league has only the one franchise, and rumour has it that its very existence is on shaky grounds.

The Manly Sea Eagles has historically been one of the NRL’s most successful clubs. However as the competition looks to expand nationally the financial mismanagement of the club has made it increasingly vulnerable to a forced relocation.

As this is being discussed, the news came this week that after 75 years the Manly A-Grade rugby league competition is being axed. This is a competition that for years featured ex-NRL stars and semi-professional players.

A competition that at times competed with the local Shute Shield clubs not only for sponsorship dollars and fans, but also for players.

It is within this context that Rugby Australia must move aggressively to capitalise on this rare weakened position of its foe. A meaningful investment could secure the North of Sydney as an exclusive Rugby domain, a true unchallenged rugby union Heartland.

Yet the Sydney NRC team persists in holding its games at an empty Concord Oval across town.

Instead of pouring it’s scarce resources into an unwinnable battle royale in Sydney’s West, is now not the time to secure a base from which to truly sell our product to the nation. Imagine a sold out Brookvale Oval being a more permanent base for the Waratahs.

Imagine an NRC team playing in front of the same crowds that support a Manly versus Warringah local derby. Imagine a huge part of this vast city being a region where all young kids grew up with rugby union players as their local heroes.

Rugby union is simply not strong enough right now to compete with the other codes in Western Sydney. However any retreat by rugby league in the North should be greeted with an action plan on how to make this region, holding more people than Canberra and Wollongong combined, the base from which our sport can make its stand until times improve.