A-League clubs must be selfless in promotion-relegation debate

While a national second-division seems an increasing certainty, the question of when and how to implement A-League promotion and relegation remains frustratingly unanswered.

With club owners gunning hard for an independent league, state federations looking to flex their muscle in any way, shape or form following their role in the overthrow of Steve Lowy’s board, and the ongoing work of the New Leagues Working Group (NLWG), there’s a lot to unpack.

The reality is that the manner in which the independence of the A-League pans out is going to have a huge impact on how promotion and relegation are introduced.

In the meantime, stakeholders, such as the Association of Australian Football Clubs, are keen to push forward with the creation of a national second division as soon as humanly possible.

We need to walk before we can run, meaning a functioning second division needs to be established.

And with FIFA and the AFC watching on, as well as the attention of the FFA well and truly captured – with board member Remo Nogarotto heavily involved in the National Second Division Working Group (which works inexplicably separate from the NLWG) – there is seemingly no better time to get this done.

As General Patton said: “A good plan violently executed now is better than a perfect plan executed next week.”

If the plan for a second division is not violently executed now, then it may be years before the discussion takes place again.

But without any real understanding of how promotion and relegation will tie into the A-League, the question has to be asked – will a national second division accomplish anything?

How long will a national second division maintain interest and investment from prospective owners, sponsors, supporters and broadcasters if the shining lights of the A-League remain a pipe dream?

I am a rusted-on supporter of a national second division for Australia, but without a firm timeline for the implementation of promotion to the A-League and, eventually, relegation from it, it’s hard to see the long-term benefits that will come from what will essentially be a truly nationalised National Premier Leagues.

Teams would play more games, mostly against stronger opposition, but with the competition shaping up to initially be semi-professional, it will do nothing to increase the number of professional opportunities.

But would a club invest heavily in its infrastructure and training facilities if there remains no hope of playing in the top flight? Would supporters – other than those directly involved – care about who wins? Would the current situation of miserly compensation for player poached from NPL clubs be improved?

The problem is that any solution will require the buy-in of the existing A-League clubs.

This is akin to someone earning a million dollars every year just for rocking up being asked if they’d prefer to earn their seat at the table and, if they fail to do so, cut their wage by half while also trying to earn their spot back. 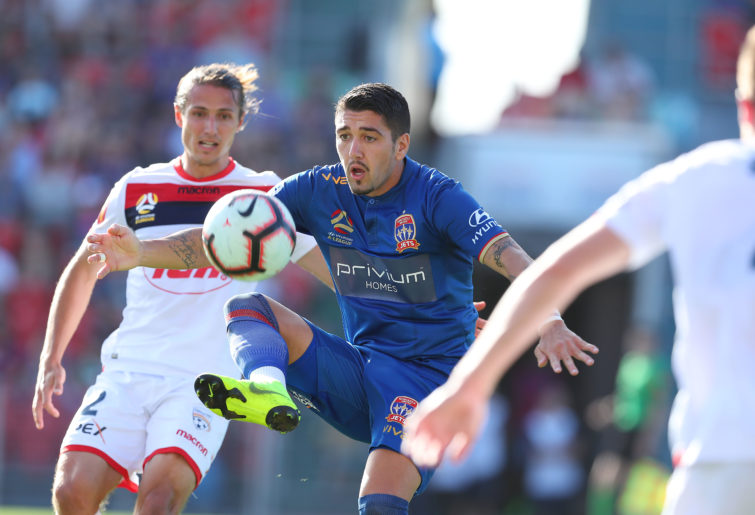 Of course, the existing clubs must surely know that hopes of growing their own revenue streams rely on revitalising the top level and inspiring fans to take their local game seriously.

There are a lot of eggs in the basket to get this done, but the lukewarm response to the latest expansion announcement should not inspire a whole lot of confidence.

The A-League clubs – and indeed all stakeholders, from state federations to the FFA – need to take the position of what will benefit the game as a whole.

A unified footballing pyramid is vital to that.

According to the latest league reports, the details around the creation of the Australian Professional League Company (APLCO) – of which all existing and new A-League clubs will be shareholders – would allow the FFA significant veto powers, ensuring the clubs themselves don’t hold all the cards.

Nevertheless, the jump to promotion and relegation is a big commitment for the current top-flight clubs. However, without that buy-in, even the most ardent supporters of a second division will fear that it would suffocate in its own irrelevance.

If that happens, and if interest in the A-League continues to decline, then perhaps there won’t even be enough food at the table to sustain the top flight.