Ola Toivonen, Keisuke Honda and James Troisi, with the first two of those being well known by football fans around the world and the latter known in Australia.

You’d think they would be destroying every team in the A-League when you compare them. Although one player probably doesn’t get enough recognition in that team.

If you go into the top goal scorers list for the A-League, most of them are players that have been getting a lot of coverage and recognition.

I guess it would be hard for the New Zealander to get much credit due to the fact that he is playing alongside players who have played for AC Milan, Japan, Sweden and the Socceroos. But statistically, Barbarouses is under-rated.

So if he is doing so well, why shouldn’t the Wanderers get him? 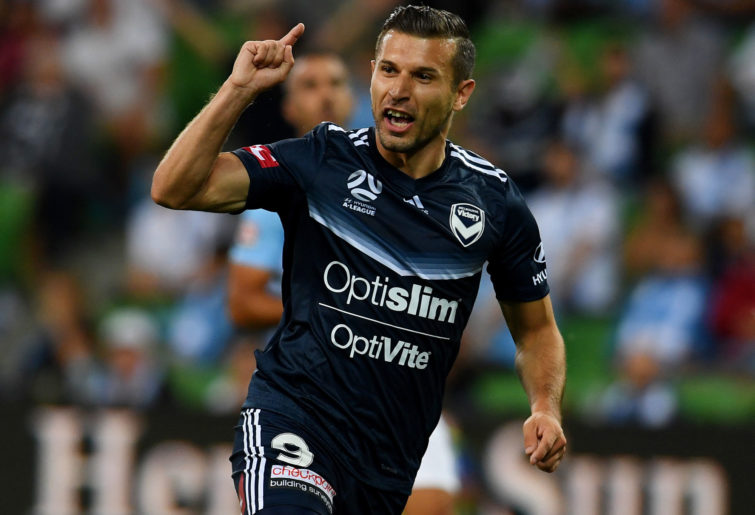 Well let’s have a look at some more facts. Currently the Wanderers are the club for Oriel Riera, Mitchell Duke and Kwame Yeboah, all of whom call themselves strikers. And it’s showing on the scoreboard too.

Believe it or not, the Wanderers have only scored one fewer goal than their rivals, Sydney FC.

Ten of the Wanderers’ 38 goals have came from star player Oriel Riera, while another seven have surprisingly come from Roly Bonevacia, who has caught interest from Perth in recent weeks.

The Wanderers did actually struggle a little bit getting the ball into the back of the net after scoring only 14 goals from the first 12 games of the season.

Consequently, they made the smart decision to bring in two more attacking players, being Mitchell Duke and Kwame Yeboah.

Duke and Yeboah to me are just another example players who had a great career in Australia, moved overseas, ruined their career, then came back home and restarted all over again.

Duke has scored four goals in the seven games so far, plus a pretty healthy crossing average of 23.1 per cent, mainly being contributed to by Markus Babbel playing him out on the wing.

So, with all of these attacking players, what does Babbel think he is doing?

Markus Babbel was a defender himself, he should know how to coach his defenders. So why are they leaking so many goals?

The Wanderers need defenders, and here a few options.

The first defender who would fit in well is Al-Qadsiah player Rhys Williams. He is currently a regular for his Saudi league club and is currently playing in a similar formation to what the Wanderers are.

Al-Qadsiah are alternating between formations a fair bit but most of them are similar to Babbel’s 4-2-3-1, as you have four at the back, two defensive midfielders plus a lone striker with no wingers.

Rhys Williams actually played 126 games for English club Middlesbrough from 2007 to 2016 and then came to his hometown to play for Perth Glory for a season, and then the Melbourne Victory for a season, before moving to Saudi Arabia.

The other important thing that they must do for the rebuild for next season is to lock up Brendan Hamill, who comes off contract at the end of the season.

Hamill is the only player in the Wanderers Centre-Back at the moment that is playing regularly, as Patrick Ziegler has been injured and has only snuck in six matches.

Hamill also has 31 more clearances at 124 and nine more blocks at 25, than Perth Glory defender Shane Lowry, who has arguably been the best Centre-Back for the ladder leading side.

The focus needs to be on where Babbel has his knowledge, in defence. Tony Popovic has shown this with Perth Glory this season, like Markus Babbel, Popovic was a defender.

He brought in Matthew Spiranovic, Tomislav Mrcela, Jason Davidson, and Ivan Franjic, and they have all been very successful for Perth and no doubt will have been influenced by their defensive-minded coach.