The Crusaders are right to rethink brand after Christchurch attack

The Crusaders Super Rugby franchise, with input from New Zealand Rugby, is reconsidering its name in the light of the Christchurch terror attack.

This news should be welcomed alongside indications that the Crusaders will consult with the Muslim community. The mooted consultation followed fierce debate and criticism of the team’s current branding.

It seems scarcely conceivable the name and brand will survive careful scrutiny and reflection. Ideally, the consultation should extend to input from other religious communities, including Christians.

The Crusades were a series of military expeditions initiated by the Pope and western European Christian powers in 1095 with the aim of retaking control of the Holy Land and various territories held by Muslims that had previously been in Christian hands. These conflicts lasted until at least the end of the 13th century. Whatever nuanced studies of this period might reveal, the contemporary resonances of the Crusades remain steeped in images of violence and domination that are deeply disturbing and problematic.

Defenders of the name suggest the Crusader branding implies – or should imply – none of this, despite regular displays involving horses, knights and wielding of swords. In the wake of the Christchurch shootings, the club quickly declared its crusade was one of “peace, unity, inclusiveness and community spirit”.

Fortitude, determination and a daring spirit of adventure are touted among the aspirational Crusader rugby “virtues”. The club subsequently decided to distinguish its “crusade” from “the religious Crusades” by ceasing theatrical displays of sword-wielding horsemen replete with Christian religious insignia. 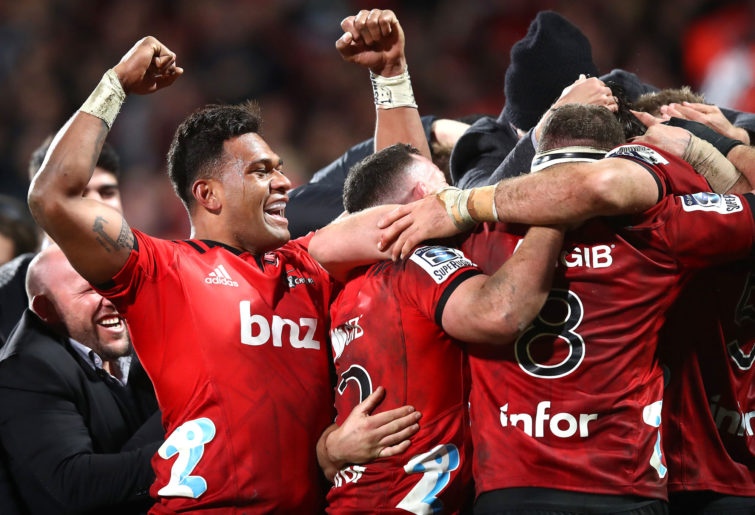 Use within Christian culture

As the public comes to terms with this debate, it is worth remembering that Crusader imagery used to be very widely employed within New Zealand society. It was invoked for similar reasons, with no implication of brutality or particular connection to the Muslim world in mind. A key group that did so were the Christian churches, yet even they had mainly abandoned such usage well before the Crusaders franchise was even created.

In the late 19th century, churches joined with others in advocating various crusades for social purity. Social improvement campaigns deployed similar terminology for years. There was also widespread Christian support for the first world war as a kind of crusade against Prussian barbarism.

Ormond Burton, who became a Christian pacifist after the war, claimed in 1923 that his peers entered the Great War “in much the same spirit as that in which the finest chivalry of Europe followed Peter the Hermit to the Holy Land”.

Numerous war memorials, particularly stained glass windows, picked up on this imagery, depicting returned servicemen as modern crusaders. In a broadly Christian culture, this represented the sanctification of the fallen through heroic service and sacrifice. This iconography was not favoured after the second world war.

Evangelical forms of Christianity advanced crusading as a metaphor for the battle for souls. Among children and youth, the imagery had a distinctly heroic quality. The Crusader Movement was an interdenominational evangelical youth movement that operated in New Zealand from the 1930s. It took its name from a group that had used it in England since the turn of the century.

The instigator of the Crusader Movement here, Howard Guinness – himself a product of the British Crusader Bible Class movement – milked the military metaphor for all it was worth. Bible reading was “sword drill”, the call to evangelise was a “call to arms” and keen members were “good soldiers of Jesus Christ”.

Other groups used Crusade metaphors in support of evangelistic activity that aimed to make converts of nominal Christians and unbelievers alike. One early Pentecostal church took the name National Revival Crusade before becoming the Christian Revival Crusade in the 1960s. From 1949 to 1952, Methodists ran an outreach programme dubbed the Crusade for Christ and His Kingdom that aimed to increase the church’s membership by 5,000.

Perhaps most famously, the Billy Graham Crusades of 1959 and 1969, led by the famed US evangelist, had a major impact (particularly the 1959 outreach) on New Zealand churches and society.

Taking leave of the brand

By 1973, the Crusader Movement had become the Inter-School Christian Fellowship, and in the 1990s, the Christian Revival Crusade rebranded to CRC. Even Billy Graham – by then elderly, but the exemplary revival preacher – began referring to his outreaches as “missions” in the wake of 9/11.

These changes were not merely a question of changing fashion. They occurred in large part because Christian communities became increasingly uncomfortable with Crusader language and motifs.

The reasons were manifold, but three are particularly notable. First, the image’s violent implications were seen as increasingly incommensurable with Christian ethical norms of peace and justice. Second, there was increased understanding of the offence of the language to many Muslims and people of other faiths. Third, a greater sensitivity to the harm and risk posed to Christian minorities in parts of the world where the Crusades were regarded not as past history but a symbol of ongoing Western (and by implication Christian) aggression and hostility to Islam.

In this context, Crusader language and imagery became positively embarrassing, if not repugnant. It was recognised as a significant impediment to improving relations between Christians and Muslims in many parts of the world.

While many supporters will use the Crusaders name with little thought to its origins and implications, it remains an anachronism and source of discomfort to many New Zealanders – Muslim, Christian, secular and others. If the Crusaders franchise and New Zealand Rugby chose, as they might, to consult with the Christian community, they are unlikely to find great enthusiasm for retaining the current name. Indeed, New Zealand Christians will probably be grateful to see it go.

Geoff Troughton is a Senior Lecturer in Religious Studies at Victoria University of Wellington. This article is republished from The Conversation under a Creative Commons license. Read the original article.