How to move from Contenders to the Overwatch League

This second season of the Overwatch League has seen plenty of new faces and teams added.

This can only be good news for the upcoming players trying to claw their way into the big leagues – more positions and teams mean more opportunities.

Despite this, we don’t see too many people from Australia and New Zealand.

The newest addition from our part of the world is a Kiwi, Colourhex (Kelsey Birse), who was an absolute demon on DPS during the Contenders season last year.

Colourhex recently joined the Boston Uprising and has once again been proving his skills on the main stage at the Overwatch League.

As we saw in the Overwatch World Cup, there’s no shortage of talent when it comes to Australia and New Zealand players. With so many out there vying to move up in the world of esports, we were curious just how the process of making those next steps worked.

We asked Colourhex some questions about his move into the Overwatch League and how his experience with the transition went down. Needless to say, he seems pretty happy with the move. 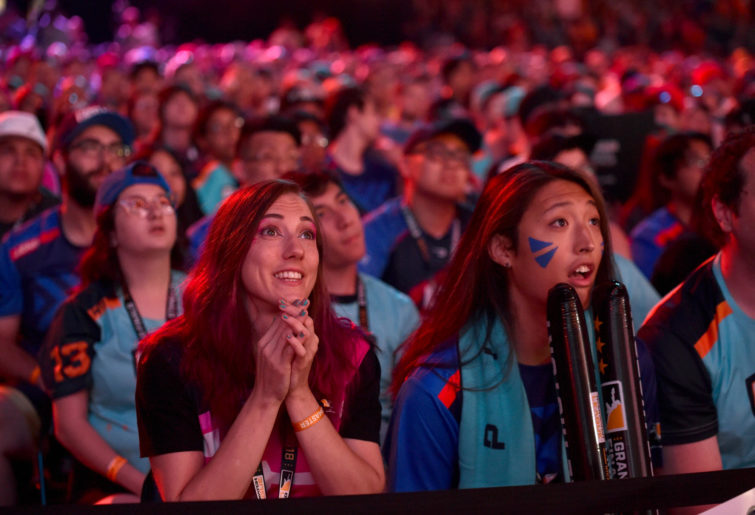 The Roar: From a spectator standpoint, the differences between OWL and Contenders League are quite vast. What are some of the key differences you’ve noticed as a player?

Colourhex: The stakes are much higher than in Contenders, where I mostly played for fun. I’m a lot more passionate in OWL. Each match is ten times more nerve-wracking and tense than it was back home.

The Roar: Any big surprises about OWL that you weren’t expecting?

Colourhex: OWL is something I thought was impossible for me and was always a farfetched dream. So I held very high expectations for the OWL and I’m overjoyed it met them.

The Roar: If you could bring anything from OWL to Contenders (playing on stage, support, production etcetera) what would it be?

Colourhex: Support for sure. Those who need to have a job or two while trying to be the best in Contenders are at a massive disadvantage compared to someone else who doesn’t have to worry about money and can play Overwatch all day.

The Roar: Is there anything you miss about Contenders compared to OWL?

The Roar: Lots of people talk about the need to move into a different country’s contenders like NA before being able to move up to something like league. How did you progress into league play?

Colourhex: I was contacted by a member of Boston’s coaching staff about them being interested in trialling me. I trialled with the Academy team a bit and participated in the Boston Uprising open tryouts. I’m quite the special case and I’m thankful to the Boston staff for taking the risk and signing me. I’m not sure anyone else would ever have done so.

The Roar: What do you think is the best path for others who’d like to make the same step?

Colourhex: You always have to start small, making it from open division into trials, trials to play-offs and finally play-offs to finals. Making a name for yourself in Contenders and joining an Academy team is the best bet to get into OWL. Having desirable qualities wanted by teams is very important too, like being a hard worker, accepting responsibility and taking criticism, being a good teammate, and having good communication skills.

The Roar: What would you say is your biggest achievement and/or improvement since joining OWL?

Colourhex: Making the Stage 1 playoffs was a huge achievement for me and our team.

The Roar: What would you like to achieve this season, both realistically and as a pipedream?

The Roar: What’s next? Obviously trying to get better as a team and potentially win a season but would you like to eventually move into coaching or anything like that down the line?

Colourhex: No idea, really. I’m just here to enjoy my time as a player and I’ll leave the future to future me.