Don’t you love how Australian it is to support the underdog, and take some sort of naughty pleasure in seeing the tall poppy cut down to size.

Please, I cannot be the only one who said to themselves in a self-satisfying tone, “A ha, I knew it!” when the Melbourne Storm were stripped of their premierships due to salary cap breaches.

Or the only one who took issue with the self-promoting bravado that was brand Mundine, and took overt pleasure every time he was beaten.

I even gave a fist pump when the Ukrainian contestant won Eurovision in 2016.

We Aussies love an underdog story, a champion team getting done by the cellar dwellers or a legend getting cut down once and while.

I found it oddly comforting when Roger Federer got beaten at his height.

I even put it to you that maybe our affection for the late Sir Don himself would not be so great had his average reached the magical 100. Maybe that 0.06 discrepancy made him more relatable.

But every rule – or in this case, a cultural characteristic that sets us apart from our foreign brothers and sisters – has an exception.

That exception is a horse. 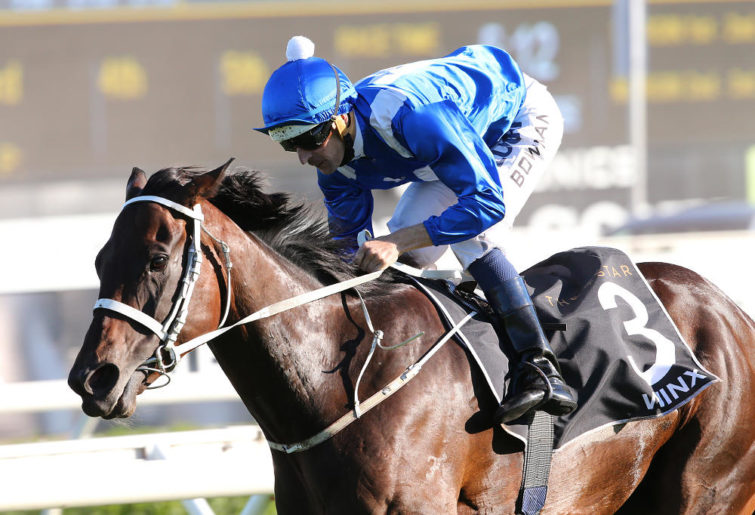 No one of the human species could overcome our tall poppy syndrome.

But over the eras, we have had these four-legged champions in Phar Lap, Tulloch, Kingston Town, Makybe Diva, Black Caviar and now Winx.

Thirty-three wins on the trot, and not once have I barracked against her, or heard someone say, “It’s about time she gets beat”, or some other negative proclamation that so commonly follows rampant success.

We Aussies save that for tall poppies of the two-legged kind.

It’s an exception that sets us apart.

No other culture on earth loves a champion racehorse as much.

I wonder why? Maybe when we look into those big brown eyes, we see our better natures.

Black Caviar must have winked at the writers of Sydney’s Daily Telegraph in 2012 when she pipped Sally Pearson to be named sportswoman of the year. Only in Australia!

It takes a horse without the flaws of man – ambition, fame, fortune and conflict – to demonstrate the purity of a sporting champion.

The pleasure in seeing Winx’s turn of foot that makes Usain Bolt look human is what gives me great satisfaction.

Endorsements, lucrative contracts, designer outfits and fast cars are not of any consequence to the champion mare.

She also doesn’t have the ability to use her fame to say something offensive that may take away from her sporting legacy.

Apples, carrots, sugar cubes and plenty of pats are what she desires.

She will no doubt also get a finely grassed paddock, and occasional roll in the sand, and swims at the beach.

Take away their achievements and they are but a mere animal with simple needs that do not require much for health and happiness.

If only we were that simple.