Hogan to become first Aussie to appear on DAZN

Munguia vs Hogan will happen next week on Sunday, April 14 Australian time, or Saturday, April 13 in Mexico, as the fight is happening at the Arena Monterrey in Nuevo Leon.

This will be the final fight for Munguia in the super-welterweight division, as the Mexican fighter will move up to the 160lbs or 72.5kg middleweight division to obtain bouts with either middleweight fighters and fellow members of the DAZN brand Saul ‘Canelo’ Alvarez, Gennady Golovkin and Daniel Jacobs.

But Canelo and Golovkin are the men that Munguia wants to go after.

Similar to when Jeff Horn fought Manny Pacquiao for the WBO welterweight title back in 2017, Hogan has been given little chance of victory. 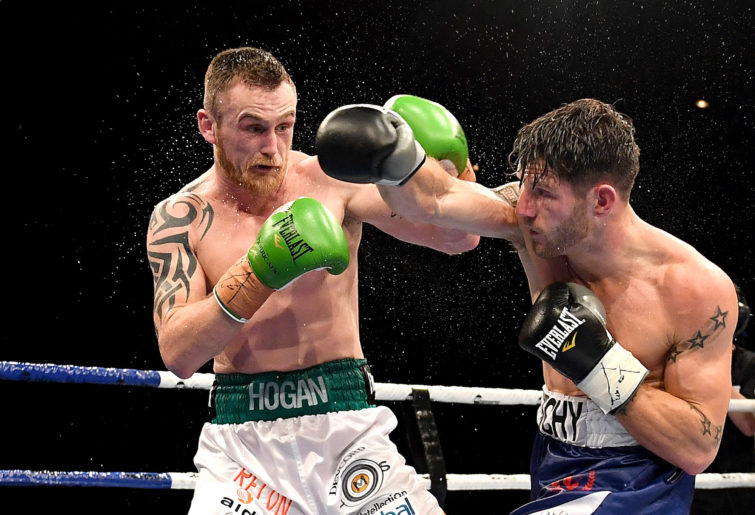 Hogan has been labelled by the American website Boxingnews24.com as a “weak opponent” that Munguia should easily defeat before moving up to the middleweight division.

Regardless of what the American press thinks, Hogan is the recognized No.1 contender for the WBO in the super-welterweight division.

With Munguia clearly focused on what may be after the fight with Hogan, the Aussie may have the advantage that the champion may take his opponent too lightly.

Many a champ – including Pacquiao – have taken a opponent far too lightly, either ill-prepared for the fight or waiting too long to end the bout then losing on points.

Either way, Munguia best prepare for a battle with our Aussie fighter as Hogan has nothing to lose and everything to gain.