The have been a number of articles written in the media debating who is the No.1 boxer in Australian history, including The Roar.

One piece published earlier this year on this website tossed up the names Jeff Fenech and Kostya Tszyu as the top two, ahead of a long list of challengers.

Reading the comments in that article, it is clear that Armenian-born Aussie Vic Darchinyan was left out of the debate.

But looking at his record, no other Aussie fighter has achieved more in the ring.

After being raised in Armenia and building a decent amateur career, Darchinyan moved to Sydney shortly after the 2000 Sydney Olympics and debuted as a pro on November 3, 2000.

His 53-fight career contains 43 wins with 32 knockouts, nine losses and one draw. 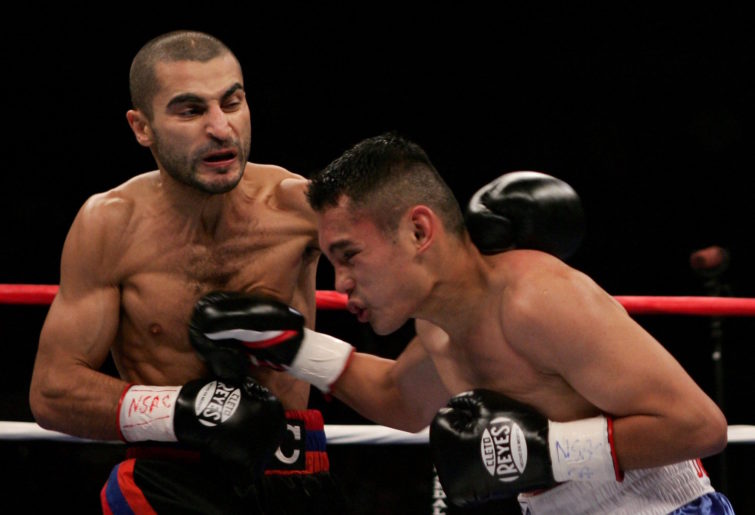 Darchinyan also holds the record for most titles won with the IBO, with four reigns across three divisions.

If that is not enough evidence, look at his title fights.

Darchinyan had 23 world title fights with 17 of those fights as defending champion.

Fenech only had 14 world title fights in total, while Tszyu had 17, both significantly less the Darchinyan.

So why is Darchinyan not named Australia’s greatest boxer?

Is it because he was not born here?

Well, neither was Kostya Tszyu and he returned to Russia shortly after his retirement. On the other hand, Darchinyan stills resides in Australia.

Darchinyan’s career was between 2000 and 2017 and was overshadowed by the careers of Anthony Mundine, Danny Green, Danny Geale and even Sam Soliman.

Another factor is that most of Darchinyan’s title fights were overseas, and on the undercard to other world title fights, as the smaller divisions rarely headline a Mainevent PPV.

There are also a number of Aussie fighters whose careers didn’t get the attention they deserved – Sakio Bika, Lovemore N’dou and Gairy St Clair, to name a few.

All world champs that had little to no media attention.

Darchinyan’s career didn’t get the mainstream Australian media attention that it clearly deserved, as easily he is the most successful boxer Australia has ever had.