A fan's dilemma: What's wrong with being a couch coach?

Since when did being a “true supporter” and being able to criticise your team for mistakes, sloppy play or not giving enough become mutually exclusive?

These days, any person online who dare criticise their team gets shouted down, abused and labelled “not a true supporter” or a “keyboard warrior”.

When did giving an opinion become offensive? Isn’t a fan that takes a loss hard and tries to see how the team can perform better just as valid a fan as one that just blindly follows the team?

I would say that being able to give solid opinions with other like-minded fans is one of the things that makes the sport great. I have had a lot of fantastic conversations with other fans even from other teams about how teams could perform better, what the team needs to change, where each team is going to end up at the end of the year.

Let’s look at this from another angle. These players are paid money that most people can only dream of to play a game. Most of us would give our proverbial left legs to be in that situation.

We fans who don’t earn this sort of money pay memberships, game tickets, and devote our time to attend these matches that allows these clubs to function and players to get paid this sort of money. The players and the teams are nothing without the fans.

If we didn’t perform in our jobs, we would possibly get a warning, or depending on the bosses, fired on the spot. Why aren’t players earning much more than us held to these same standards? Why can’t they and the team as a whole be criticised?

I can understand if people are being pointlessly offensive that they should be blocked or be removed from the page or forum, but having a civil debate on the merits and shortfalls of a team in my eyes should be wholeheartedly encouraged.

Just because someone is a regular everyday fan a “couch coach”, doesn’t mean that they don’t have a valid point of view. 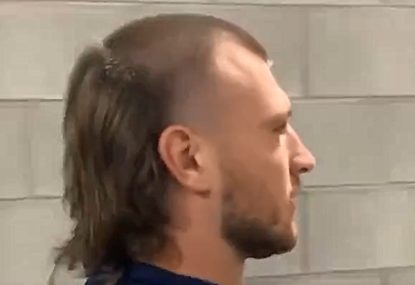 Phil Gould has made a career from his inspirational talks and now the Warriors are hoping he’ll make their NRL season one to remember.