I bet on the A-League. I’m an idiot

I love the notion of a ‘sure thing’. Nothing tingles the hairs on the back of the neck like a friend leaning in a little closer and whispering some ‘secret’ information into my ear.

The notion of knowing something to which every else is oblivious makes us feel special.

It has happened to me all my life due to the fact that I talk a lot and to anyone. In my sporting travels I have picked up hundreds of hot tips, bits of secret information and ‘mail’ that, when followed, should have well and truly made me a zillionaire by now.

In reality I own a modest home, drive a Camry and collect change in a glass jar.

It took Round 24 of the 2018-19 A-League to finally bring me to my senses and to the realisation that the eclectic gathering of fools who have passed on ‘the good oil’ to me for all these years are nothing more than idiots spreading unreliable betting advice.

The trigger to this realisation was the fact that in Round 24 I became the whisperer. The Wellington Phoenix were ‘sure things’ against the Reds in Adelaide. 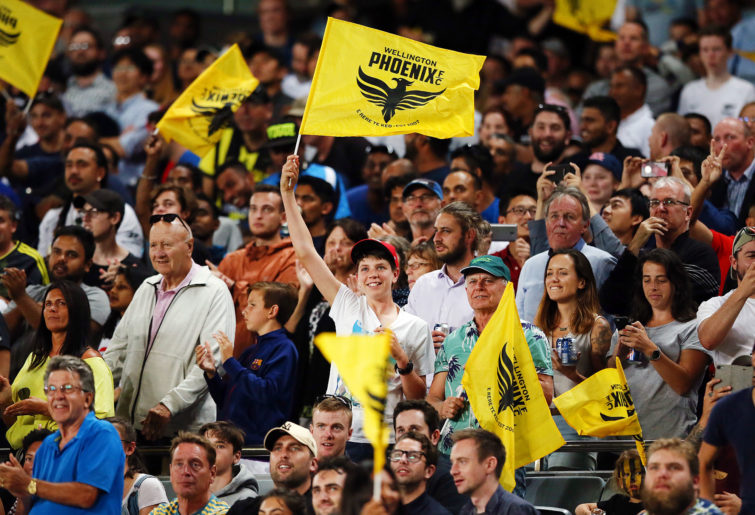 With Jordan Elsey, Ken Ilso, Baba Diawara and Ryan Strain all unavailable and Nikola Mileusnic still underdone on the pine, surely their depth would be tested.

Parlayed into the fact that the Reds have struggled to score all season, logic suggested Ben Halloran and Apostolos Stamatelopoulos would not provide the required cutting edge up front to capitalise on Craig Goodwin’s delivery.

Throw in the return of Roy Krishna to a Phoenix front line that had scored 15 goals in three weeks and it was questionable why Adelaide fans were even turning up.

I sought out the odds and was flummoxed by the findings. Adelaide United $1.91 to win the match. Huh, a misprint? Wellington Phoenix $3.50 to win with the draw also paying $3.50. As a stared at my laptop, I felt like a kid in a candy shop.

I wondered if anyone else knew about it. The bookies had lost the plot and I stood to be the beneficiary. I told everyone whose footballing path I crossed on Sunday.

Two guys’ eyes lit up when I told them after our Sunday morning church service. Jeremy at KB Chickens also got the hot tip and the attendant at my local Coles Express seemed genuinely excited by the news.

The game began and bang, crash, wallop, the Reds were two clear after 17 minutes. Michael Marrone put away an easy header before Stamatelopoulos scored a fine goal to double the lead.

When he knocked in his second just moments before half-time the game was all but done.

Stamatelopoulos did manage to scare the home fans as he challenged recklessly just seconds later and received his marching orders on the stroke of half time, but the Reds never really looked threatened in the second half.

To say I felt a goose is an understatement, and it all might be merely a funny story if not for the betting carnage that had taken place earlier in the weekend.

It started with a foolhardy bet on the Roar to manage a draw against the Jekyll and Hyde-like Melbourne City up north. Not even close, really, despite Harrison Delbridge helping out the home side with an own goal.

Redemption seemed likely when the Wanderers took an early lead against the Jets in Newcastle before the final quarter of the game saw them capitulate for the umpteenth time this season.

Even a draw would have sufficed, but Angus Thurgate slammed home a late winner and his first A-League goal.

The big blue brought no fortune either. I was confident in a Victory triumph, with a draw also a winning result thanks to the big odds offered on the visitors. Feeling confident and with just a minute or two remaining, Milos Ninkovic came to the party and capped off another stellar performance with an injury-time goal.

The Adelaide vs Wellington clash loomed as the saviour; the cash cow at the end of what had been an awful weekend of investment. Instead it was a rout for the Reds.

Needless to say, it was a grumpy Sunday afternoon amidst the blunt realisation that I had become an irritating whisperer, passing on rubbish tips and encouraging good-natured people to waste their hard-earnt.

I sincerely apologise to anyone who trusted me. Thank goodness there are still three weeks remaining, though. That big win can’t be too far away!