The SCG Trust tried the old magic trick: now you see it, now you don’t.

The trick was: watch us cater for every football code in the country, as well as cricket. Throw in a concert or two and perhaps a wrestling event.

But there was a small problem – it is not possible to have one ground with natural turf to be used by four football codes two or three times per week and keep the tenants happy.

After just four weeks, this has been proven.

Rugby are whingeing that their scrums destroyed the ground and made it a cow pasture.

Kevin Muscat called the ground “unsafe”. How can a spherical football run smoothly when there are different parts of the ground with different turf?

The Roosters are reportedly looking at moving some of their NRL home games to the new stadium at Parramatta for the 2020 season.

Swans coach John Longmire tells us that as the ground is slippery and hard, and that it should be replaced with a drop-in.

Longmire’s idea is the best of the week but we have two problems.

Firstly, there is no space to grow a pitch – we are using it all to build the Michael Daley Memorial Palace next door. Secondly, there is no room to bring it into the ground.

I know! demolish the Ladies’ Stand. But it is heritage listed and some people like seeing historical relics.

What about one of those helicopters that they had in Vietnam? No good! Too noisy. Paddington will march in protest.

So as a result of all this hoo-ha, the only people who are happy are the cricketers, but the SCG Trust gets in turf experts to tell the world the surface is just fine. Play on!

I know that I may be accused of risking the lives and knees of our favourite sports people, but my attitude is suck it up.

For the next three to four years, we have to exist with three first-class venues.

What were they even trying to do? 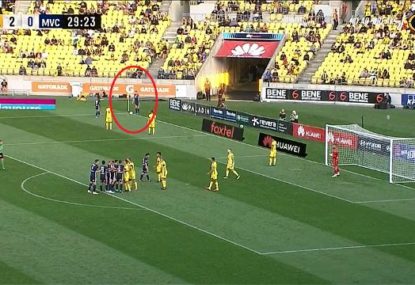