Luke Morahan is another one of Australia’s sons who has departed our island to join the rugby (green and) gold rush overseas.

The former Wallaby now plays for the Bristol Bears in England’s top-tier Gallagher Premiership. Bristol are one of the oldest and most traditional teams in the game with a rich history dating back to 1888.

Morahan is in his second campaign with the Blue, Red and Whites whom he joined prior to the 2017-18 season. Before seeking pastures anew, Morahan enjoyed a very fine career in the Land of Oz.

The Brisbane-born flyer played with both the Queensland Reds and Western Force in Super Rugby, and also represented the Wallabies in both Fifteens and Sevens.

But in 2017, after nine seasons and many personal goals ticked off in his native land, Morahan found his neck craning northwards.

“I was looking for something different personally as well as professionally. England interested in me in terms of the competition, the players, the set-up and the lifestyle.” he explains.

While Bristol are now seemingly a team on the rise, matters were quite different when Morahan first parachuted into the West Country.

The team had been relegated from the Premiership a few months earlier, and looming around the corner was a season in England’s second-tier Rugby Championship.

Bristol made sure that one year would not become two. In addition to signing Morahan, they also acquired All Black Steven Luatua and Irish international Ian Madigan, among others.

With new coach Pat Lam at the helm of this valuable, talent-laden squad, Bristol were nearly unstoppable. Morahan and co. won 21 of their 22 matches in the Championship with the bearded Aussie winger dotting down for a competition-high 17 tries.

Next stop, the Premiership.

Bristol – re-branded as the Bears prior to the current campaign – decided to continue their spending splurge.

Notwithstanding the new additions, life was never going to be easy for a newly-promoted team in England’s rough and ready Premiership. However, this season Bristol has done as well as anyone could have expected them to, perhaps even better.

After 18 rounds of the competition, the Bears are placed a very respectable ninth out of 12 teams. They are eight points clear of last-placed Newcastle with four games remaining. If they stay above 12th, Bristol will retain their premiership status.

Morahan has been a key cog in the Bears’ machine again this season. Still possessing the blinding speed and crafty footwork which first caught the eye of Australian selectors when he was a teenager*, Morahan is providing a major headache to opponents every Saturday.

The 28-year-old has crossed the whitewash six times this campaign, and been the creator of numerous other five-pointers.

Most notable was his try assist in the season opener against neighbours and arch-rivals Bath. In front of a sell-out home crowd, Morahan pierced the opposition defensive line and – while tumbling to the ground in a cover tackle – finessed a delicate left-handed offload for Alapati Leiua who romped in for the game-clinching try.

Another significant interjection came in Round 15 against Gloucester. With seemingly nothing on, Morahan knifed through the Cherry and Whites after fielding a kick and provided the penultimate pass before Andy Uren scored in the corner. This was a pivotal moment in helping Bristol towards their only victory against a top-four side this season.

A modest Morahan claims it is the favourable circumstances at Bristol that are enabling him to succeed there. Commenting on his form, he says:

“Yeah, it’s good. It’s a representation of my comfort and enjoyment in the group and the game plan, (as well as) the community and the whole environment here.”

That game plan he mentions is – of course – the responsibility of Head Coach, Lam. A veteran of two World Cups playing with Western Samoa in the 1990’s, Lam miraculously led Irish county Connacht to their first Pro12 title (2016) before vaulting the Irish Sea to link up with Bristol.

Morahan rates his mentor highly. He credits Lam for building the foundations for Bristol’s success.

“He’s a very good coach. His vision, mindset and game plan are all very solidly down pat. He is very clear with what he wants and how he wants to play the game. He creates a sense of clarity, confidence and fearlessness in executing that game plan,” asserts Morahan.

Success at home has been key this season for the Bears. Five of their six wins have been at Ashton Gate, the ground which they share with football club, Bristol City.

Bristolians are among the most passionate rugby fans in all of Blighty with an average attendance of over 16, 000 per game – the fifth-highest in the league. Morahan is lapping up the support of the home town faithful.

“They’re very passionate. If you are representing them, they’re all over it. We get one of the better crowds in the Premiership week-in and week-out, which is a credit to the community for getting behind us.”

Outside of his commitments with the Bears, Morahan is relishing the life of an ex-pat in England. Despite being based inland at Bristol; he still manages the occasional spot of surfing.

Freshwater West in South-West Wales is his number one break. A bit closer to home, Morahan enjoys churning through the barrels of Woolocombe and Croyde in North Devon.

Bristol is a bit like a home away from home for the thrice-capped Wallaby who is surrounded by his countrymen there. The Bears have the highest concentration of Aussie argonauts in the English top league with five – Morahan, Smith, Tom Pincus, Nic Stirzaker and Nick Haining.

Gloucester, Exeter and Worcester also feature men from the land Down Under with whom Morahan catches up for a traditional English roast when time allows.

His lifestyle abroad will continue for at least another season, as he has signed with Bristol through the 2019-20 campaign. The Bears look set to continue their upwards trajectory with two English Internationals – Nathan Hughes and Dave Attwood – arriving at the den this offseason. 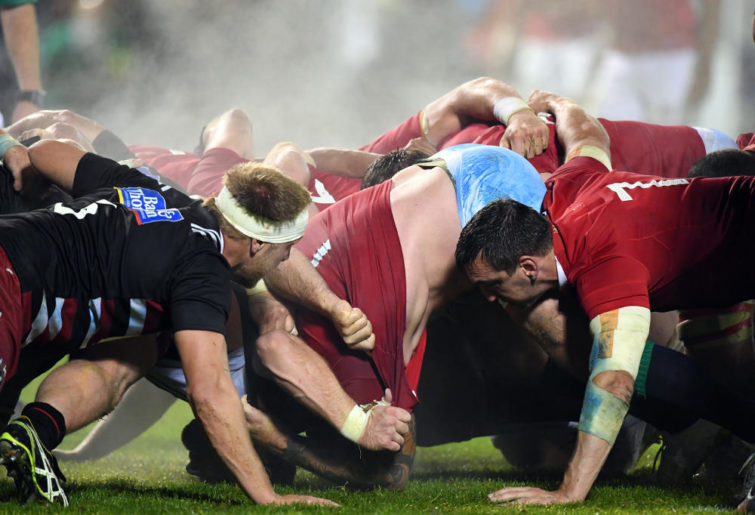 With the purse strings remaining loose and super-coach Lam in charge, who knows where Bristoil will be placed in a year or two? Top 4? Top of the league?

With the patriotic Bristolians urging them on, I predict Morahan and his Bears brethren will strike pay dirt more and more in the near and distant future.

* Morahan, aged 19, toured with the Wallabies in 2009 and played in an uncapped match against Cardiff. His first official Wallabies match was against Scotland in 2012. 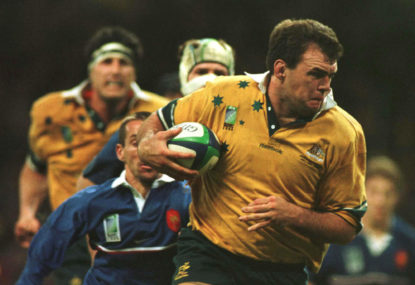