Sticking to my guns

My tipping has been a bit off in recent times, but I am going to stick to my guns and assert with confidence that a female horse will win at least one of the major races on Saturday.

It is, after all, Australian Oaks and Coolmore Legacy Stakes day, and there is the small matter of the favourite in race seven.

Jokes aside, I was surprised that none of the contingent of top fillies and mares did anything much in last week’s Doncaster. Brutal was fancied by the market, but I just didn’t think he has proven enough in the top flight.

Santa Ana Lane was unbelievable in the T J Smith. He is a horse I have never been able to catch, but the way he sat off the speed before running right away from his rivals was doubtless the carnival highlight so far.

Don’t give up on Shoals though. She just doesn’t handle wet tracks, and I hope connections are considering a trip to Brisbane to target our big winter sprints.

Angel of Truth did a terrific job in the Derby, but as I said before the race, it is a poor year for three-year-olds, and I can’t help but feel that running the Derby ten times would have yielded ten different results.

Back to the subject of the fillies and mares. In the Oaks, the bookies might be well advised to take risks with the favourite Verry Elegant. $1.80 is a ridiculous price. Don’t forget that she failed miserably at a comparable distance in the VRC Oaks, and while she has done everything right this time in, a case can be made that her brilliance might be blunted by the extra distance here.

The record of VRC Oaks winners is not great in the ATC equivalent in recent times. In fact, if you were attempting to devise a system to guide you in finding the winner of the ATC classic, the first component of such a system would surely be to discount the victor in Melbourne, as only Serenade Rose (2005/06) has been able to complete the double this century.

Aristia might be the exception that marks the rule. She is a bet to nothing, as she will love the extra distance and she is such a tough competitor. I want to be on her each way.

Meanwhile, in the Legacy, last year’s winner Alizee will probably start favourite, but again, I don’t see any value with her. Her victory in ’18 was outstanding, coming from well back to run down Prompt Response in the final stages.

She has certainly gone on with the job since then, but her long, hard campaign seemed to really catch up with her last week. Given how poorly the females ran in the Doncaster, I want to look away from those backing up. 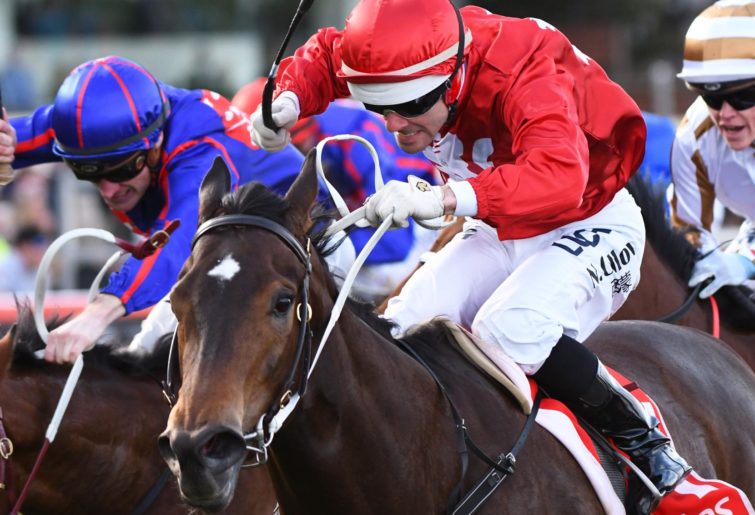 Later in the day, we have another engrossing Sydney Cup to look forward to. While it can’t compete on any level with the “Great Race”, and while it does get a bit lost in the autumn crowd, it does have its own unique character and punters are usually well rewarded for spotting the winner.

Tancred’s form is almost always pretty solid leading into the Cup, and though I have argued in previous columns that this year’s mile-and-a-half event at Rosehill was very weak, I will follow Big Duke, who should stay the distance.

And what about the seventh? For once, I have nothing to add, except to say how wonderful it is to see so many non-racing fans getting so excited about our sport.

Let’s hope no one is disappointed, but I do believe He’s Eminent is capable of maybe stretching the great mare’s neck.