Day 1 of The Championships was a roaring success, with some outstanding performances and great racing. Now Day 2 is upon us, with Winx as the headliner in what will surely be her last curtain call.

Queen Elizabeth
There really isn’t anything left to be said when it comes to Winx. On Thursday, it was four years to the day when she was last beaten in a race, and the highs she has given so many racing fans in that time will surely not be replicated.

Everyone has their favourite Winx moments, and mine are probably the two races at the start of her 2017 spring preparation. They were only Group 2 events, but she stood in the gates in one and gave an enormous start in the other.

In both races, she had the butterflies well and truly flapping away in the stomach as she looked in danger of breaking her winning streak, but each time she called on all her champion qualities to pull through.

How magical is it to see Hartnell and Happy Clapper taking Winx on for one last time? These grand warhorses have been her two great rivals over the last four years. 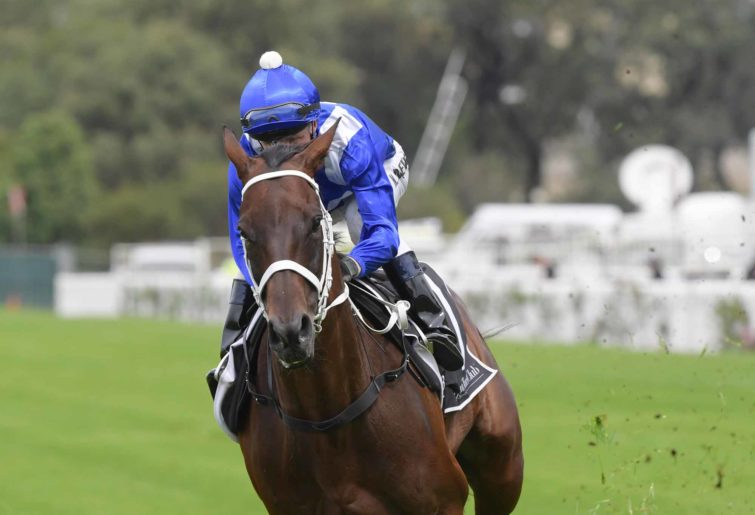 Hartnell hasn’t taken Winx on since the Queen Elizabeth two years ago, with connections deciding to avoid the unbeatable. Since then, he has won two Group 1s and run a placing at that level six times. He hits the race in grand form.

Happy Clapper doesn’t seem to bring his best in Melbourne, but his Sydney form in the last year and a half is absolutely first class. Hopefully he can bring his best one last time against the great mare.

The European He’s Eminent is coming off a second in the Ranvet to Avilius; he will be the leader and try to pinch the race if Bowman has any lapse in judgement on Winx.

Harlem has won two Australian Cups so has earned his place. Japan horse Kluger ran very well in the Doncaster, as did Shillelagh, with those horses running fourth and fifth respectively.

Danzdanzdance finished third in the Ranvet after having a superb Group 1 summer in New Zealand, and is sure to run well again. Mask of Time is making up the numbers.

He’s Eminent will likely take them along, with Mask of Time for company. Hartnell and Happy Clapper should pair off behind the speed, and Bowman on Winx will make his assessments from the widest barrier before deciding where to slot in.

Hopefully we get the fairytale finish that we all crave, but it would be nice to have a moment or two of nervousness in the straight before Winx pulls out all the stops.

Sydney Cup
It’s always wonderful to see a capacity field in a Group 1, and that is what the Sydney Cup presents this year.

Dubhe is the only international raider in the race, and holds firm favouritism. Trainer Charlie Appleby has an outstanding record in Australia with the runners he brings over, with many of them winning first-up. His last start win at 3200m in Dubai was strong, and we know Kerrin McEvoy is the preeminent rider of stayers in the country.

The Tancred Stakes, won by Avilius, provides a few runners, as do the traditional Sydney Cup lead-ups like the Manion Cup. Most horses run in one or the other, but Big Duke is the only one to run in both.

He finished second on each occasion, and has run well here and in the Melbourne Cup. If it was a wet track, he would be on top, but he’s simply not as effective on dry ground, particularly in recent times.

Coming from wet tracks to good is going to present a form problem for all races on Saturday.

Of the others from the Tancred, Red Cardinal can probably be ruled out on a good track. Patrick Erin is one who can improve on drier, and perhaps Sound can find his best form after an encouraging run last time?

Yogi will have support and rightly so, he’s been pretty good at WFA his last two despite being too far back to challenge for the win.

Kiwi Rondinella is an interesting mare, she brought her New Zealand Group 1 form to the Tancred and ran third beating home many of her rivals here.

Midterm beat Big Duke in the Manion Cup three weeks ago, but did have a head start in the run. He’s an honest type, but 3200m is a different story to the 2400m races we’ve seen him in here previously.

Shraaoh was third behind Midterm, and then ran second to Gallic Chieftan in the Chairman’s Handicap last week, so is building nicely to a win. His consistent runs tie the form together from those races, and thus into the Tancred Stakes, but again, wet tracks versus dry clouds things.

Glory Days won the Auckland Cup last start, also on the mud, but has a Group 2 win to his name on the good this prep as well. There’s certainly a case for her.

Queen of the Turf
Mares Group 1 races are usually tough because of the depth, and this is no exception. It looks an incredibly even race.

Alizee and Prompt Response are the absolute class of the field, having been taking on open Group 1 company this prep and performing admirably. They also ran the quinella in this race last year.

Unforgotten hasn’t shown the ping we have seen from her in the past, and questions remain over exactly where she’s at. This is her first run in mares only grade as a four-year-old though, having taken on open company all season. Blinkers have been applied for the first time in her career, could they be the trick?

Dixie Blossoms has rarely raced better, and she’s always raced well! It is rare for her to win more than once in a prep though, and she’s already had that. Stablemate Daysee Doom isn’t quite as strong at 1600m.

Invincible Gem won the Emancipation last start, consigning Daysee Doom to second, and is proven to a high level. Others from that race were Princess Posh, who was poor but had beaten Invincible Gem home at her previous two starts, Sedanzer, who is capable but has to find something, and Dyslexic, who could get under the guard of many and is worth a nibble at big odds. 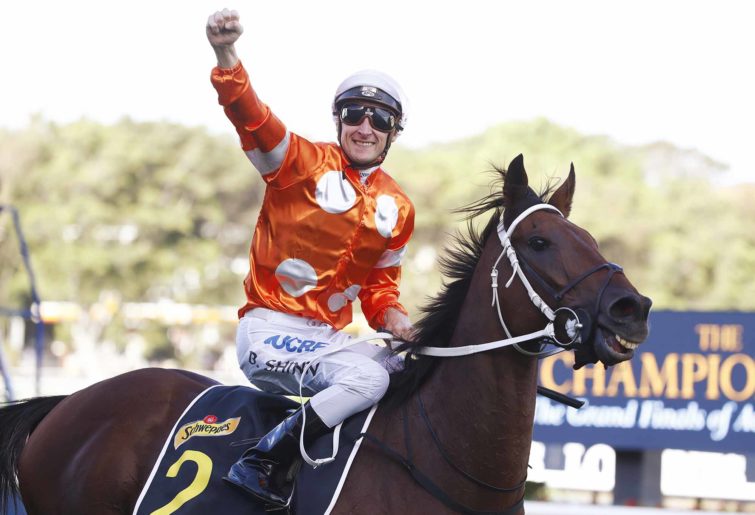 Jockey Blake Shinn on Who Shot The Barman gestures to the crowd as they return to scale after winning race 8, the Schweppes Sydney Cup, Sydney Cup, during The Championships Day 2 – Longines Queen Elizabeth Stakes Day at Royal Randwick in Sydney, Saturday, April 14, 2018. (AAP Image/Daniel Munoz)

Oregon’s Day always races well in these mares Group 1s and is due to claim one. She’ll improve lengths on a drier track from her run in the Coolmore. Eckstein was beaten 10 lengths in the Coolmore and about the same in the Doncaster, so has to turn things around.

The trifecta from the Sunline Stakes down at Moonee Valley presents here, but none are particularly fancied. Consensus, Spanish Reef and Kenedna have all been racing well, and could pop up in the placings, like most of these.

Three year old fillies have won this race the last two years, and there’s four good ones in here.

Nakeeta Jane has been in great form, but has no wins beyond 1400m from a few goes. She has placed twice in Group 1’s against her own age and sex at a mile though. Seabrook was alongside Nakeeta Jane in the Vinery Stud, but hasn’t won since her Champagne Stakes victory here a year ago.

Fundamentalist had been racing so well, but without winning, before a rare poor one in the Doncaster when we were entitled to expect better. If she bounces back she’s right in it. Amphitrite has been good as well, taking on the colts and then older horses at her last two starts.

This looks the most even race of the day, if not the carnival. There’s almost no horse you’d talk someone out of if they liked it.

Australian Oaks
Verry Elleegant holds all the aces here after blitzing her rivals at her last two starts. All five of her wins have come on wet tracks though, and the prospect of good ground where she is winless could create some doubt.

That said, her problems have never been track conditions, but manners. Chris Waller seems to have sorted these out, so she should be able to transfer her form to the dry.

Aristia won the VRC Oaks and Wakeful in the spring, beating Verry Elleegant both times, and has been racing pleasingly as she builds up in distance. Does a good track give her back the advantage over the favourite? She might be the value play.

Frankly Awesome split Verry Elleegant and Aristia in the Vinery Stud, and is still on the up. She’s got more than her share of ability, and 2400m shouldn’t be a problem.

These three fillies dominant the others in the market, and it’s difficult to make a case for any others. Maracaibo has some potential and can stay, she could be the one to be on out of the Adrian Knox last week.