This week, the Melbourne metro meeting is yet again at Caulfield.

We’ve got a nine-race card in store for us, with the two highest rated races being the Bel Esprit Stakes, and the Galilee series final, which are both at listed level.

The rail is out 13 metres for the entire circuit, which generally favours back markers, and the bureau predicts it to be eighteen degrees and cloudy. The track should stay at a Good 4, so get down to the track and start punting!

Race 1
A super Vobis, two-year-old Handicap is the first on the program, over 1200 metres.

For those that read these articles regularly, they should know I don’t tip big roughies much, but I’m happy to have a speculative bet on Lucifer’s Reward here.

I thought he was really strong through the line on debut at the Valley, before being given no chance in the Bendigo Gold Rush last start after being posted six wide. He draws better today from barrier seven, and the back markers will be suited today.

Looks overs at the $41. The favourite in Super Seth will be hard to beat. He’s bred brilliantly, by Dundeel and out of Salutations, and he couldn’t have been any more impressive on debut, winning by six lengths. He’ll get a nice run on the speed again, and be very hard to hold out.

Just can’t take him in the red. Mayan was brilliant on debut in Adelaide, winning by three lengths, and his run last start at the Valley was very good, finishing second behind Cheer Leader. He’ll need luck from the inside gate, but he can be winning. 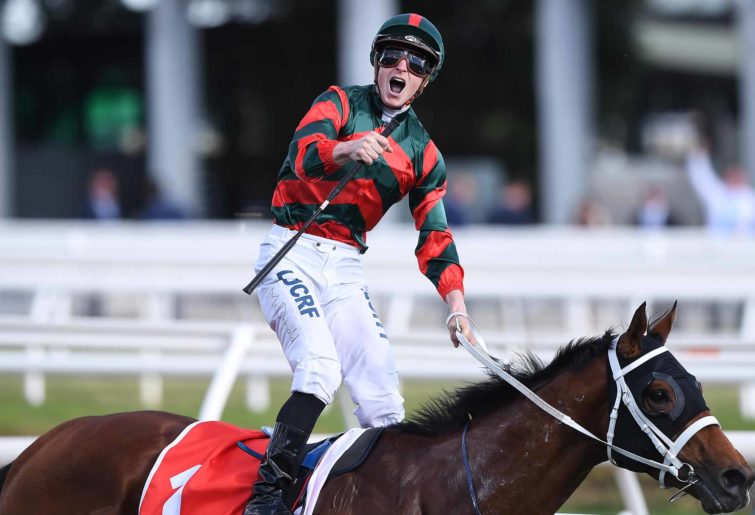 Race 2
We’ve got a Benchmark 78 Handicap here in the second, over 1440 metres. I’m pretty keen on Renewal here. He resumed really well, savaging the line to beat Piracy over 1200 metres at Randwick, before coming to Bendigo, where it was a pretty good effort to run within four lengths of Antah after a tough run.

He generally doesn’t go well third up, but one of them was at group two level. This is a pretty weak race, and he draws well to get a nice spot from barrier four. He’ll be hard to beat.

See Me Fly at double figure odds can run a bold race. The wide barrier is the obvious query, but he’s last two runs have been full of merit. He came home well with restricted room at Flemington over 1200 metres, and then came home nicely last start from last at Bendigo. He’ll go back from the wide gate, and be running on strongly.

Mount Kilcoy can run well. He came home nicely at Pakenham two starts back, before not giving a yelp last start. At his best he can win a race like this, but he doesn’t win out of turn.

Race 3
A Fillies and Mares Handicap over 1440 metres is the next on the program. It’s a really open race here, but I’ve landed with See Me Exceed on top.

She resumed running four lengths off them in a pretty good form race behind More Than Exceed and Big Night out, before winning with ease last start at Sandown. She should be fitter for those two runs, and she maps to get a perfect sit on the speed.

Ocean Deep shapes as the main danger. She ran just over a length behind Naantali, who won last Saturday three starts back, and her most recent run where she went down by a neck to I Remember You, is a pretty good form line for this.

She’ll probably bowl along in front for Linda Meech, and she could prove hard to run down. La Bella Diosa and Temple Of Bel are the class horses in the race, but they’d need to put in a much better effort than their most recent outings.

Recommended bet: Going to stay out of this one. Impossible to have any confidence. 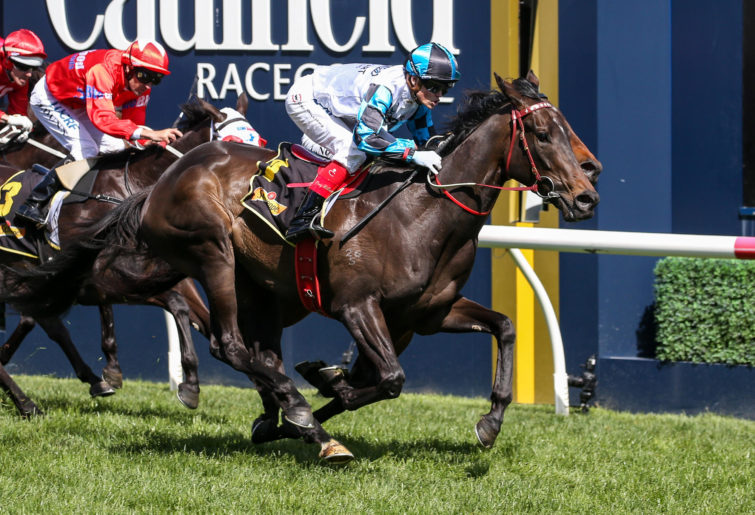 Race 4
We’ve got a handicap race for the stayers here, over 2400 metres. The top two in the market do seem better than the rest here, but due to the price difference I think Rockarral is a pretty good bet at the $5 quote.

He won three on the trot, with two over Pat the Weapon, and one against the Delphi, before finishing half a length off the very talented Mosh Music last start. I think that’s the best form line coming into this, and he maps to get a lovely run from barrier five. He’ll be hard to beat.

Steel Prince is always reliable, and he’s won his first two this time in over Mr Monaco and Mitrust. He’s third up record isn’t great though, and I think he’s too short at the $2.40. If you’re looking for one at odds, Manning Road is probably the best roughie.

She worked home really well at the Valley over 2000 metres, before coming out and winning with ease at Sandown against Chouxting The Mob and Wee Gilly. She’ll get a good run in midfield, and has a good turn of foot. Don’t dismiss. 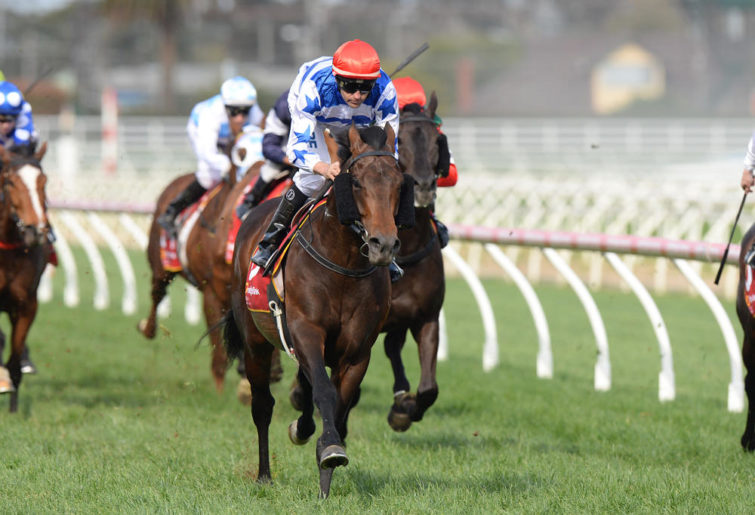 Race 5
One of the features of the program comes here in the fifth, with It being the Galilee Series Final, over 2400 metres for the three-year old’s. I’ve found two I like outside of the two favourites, and one of them is Budd Fox.

He was out sprinted two starts back at Stony Creek over the mile, after looking like the winner, and with a better run last start, he would have definitely beaten the favourite here in Secret Blaze. He travelled three wide without cover the whole race, and he draws better today from gate seven.

He’ll get a nice spot in the run, and every indicator says he’ll run out the 2400 metres.

American in Paris is the other horse I’m prepared to back here, at double figure odds. He ran on pretty well in the Geelong Classic last preparation, behind Grinzinger Star, and he’s come back in good order.

He won over the mile at Donald resuming, and narrowly got nosed out by Silence The Stars at Bendigo. He’ll go back from the wide gate, but the track should suit back markers, and he’ll be running on strongly.

Convict Sam carries In different form lines here, but his last start win at Donald was hard to ignore. If he can repeat that effort here, he’ll be in it for a long way.

Recommended bet: Prepared to back both #2 Budd Fox and #8 American In Paris to roll the two fancied runners.

Race 6
We’ve got a super Vobis three-year-old handicap here, over 1400 metres. I’m going to go with Wham, to turn the tables on the marginal favourite in Saccharo. I think the penny has definitely dropped for this gelding.

He resumed winning over 1200 metres in front of the talented Vivi Valentina, and I thought his effort in the Bendigo Guineas, where he had to keep checking off heels coming from last, was very good. He should have arguably beaten Saccharo home there, and with even luck, I can see him beating him home here.

He’s good each way value at the $5.50. I have to save on Du To Pass. He beat Saccharo when they were both resuming, all but having a better run, and he rattled home at Warrnambool last start to finish second behind Canny Move.

He gets back to a dry tack here, draws well, and he’ll appreciate the rise to 1400 metres, He’s way overs in this market.

Seberate is another at odds who can run a big race. He got gelded during his break, and he resumed with a very impressive victory at Bendigo. He’ll get a nice run on the speed, and a repeat of that performance would see him go pretty close here.

Race 7
Yet another three-year-old Handicap awaits us here, this time over the 1000 metres. I’m pretty keen on Columbus Circle here, and I think he shapes as one of the best bets for the day.

He ran within two lengths of Hawkshot three starts back after travelling three wide the trip, before putting in an average performance when favourite two starts back.

He arguably should have won last start at Ballarat, where he was nosed out on the line, after travelling four wide without cover for the whole race. He draws much better today in barrier two, and with even luck, it’s hard to see them beating him here.

Halvorsen is the main danger. He beat Hawkshot and Columbus Circle two starts back, before finishing off strongly behind Tin hat, at group three level. He’s had a break since then, and he’ll appreciate a hot tempo up front resuming.

Grandview Avenue is the best roughie in the race. He was really strong through the line, resuming against Ben Hercules, and he should take a lot of fitness out of that run. He’ll be running on well.

Race 8
The feature of the program finally arrives here, with it being the Bel Esprit Stakes, at listed level over 1100 metres.

This should definitely be a group race with the calibre of horses in it. It seems to be a two-horse race here, but again, due to the price differential, I’m happy to take the each way odds on Bons Away.

He resumed by beating Written By at this track, before flashing home in the Oakleigh Plate, the Newmarket, and then the Hareeba last start. He’s as consistent as they come, and it’s almost guaranteed he’ll run a place. He’ll appreciate an electric speed out in front, and he’ll be storming home late.

Eduardo is obviously the big danger, but I think he’s unders in the market here. He was brilliant in the Spring, which culminated in him winning the Caulfield Sprint. His effort in the Oakleigh Plate was outstanding though, and a repeat of that performance would see him probably win this.

It’s hard to knock the form of Redcore this time in. He steps up in grade here, but he’s taken all before him this preparation, with wins over Villa Sarchi and Bel Sonic. He’ll get a nice run.

Recommended bet: $5 is overs for Bons Away in this field. Happy to back him each way. 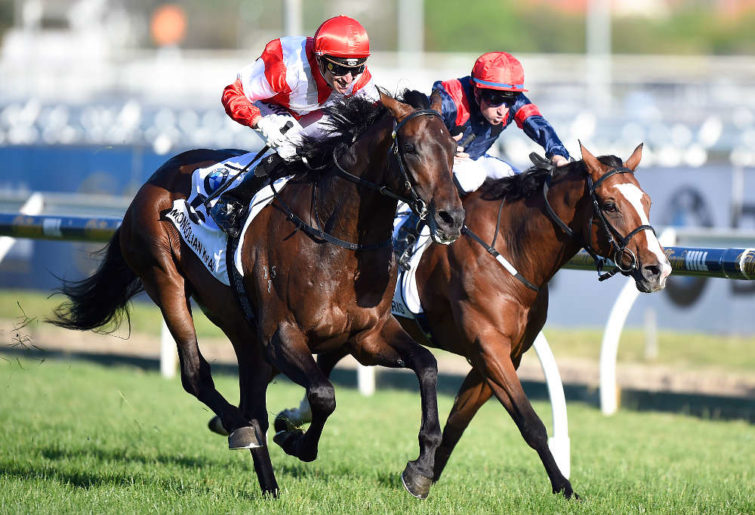 Race 9
The Lucky last on the program comes here, with a Handicap race over the mile. The punters have to wait until the last for my bet of the day, but it comes in the form of Plein Ciel.

He beat Yogi over this trip last preparation, before running two lengths off Eckstein, and his form this time in has been good. He resumed doing his best work to the line over 1400 metres at Flemington, before being luckless last start in The Golden Mile at Bendigo.

He arguably should have been in the finish there. He draws well to get a nice spot in midfield, and he’s three from three at this track. He’ll be very hard to beat. Mahamedeis is the only danger.

He’s form line is similar to my on top selection, after being luckless in the Golden Mile last start. He generally is at his best over 2000 metres though, and I just think Plein Ciel has the class edge over him.

Fierce Impact is the best of the rest. He resumed doing his best work to the line in the Ajax Stakes, behind Fifty Stars. He can give a sight with a nice run on the speed from barrier four.