In 2003, an 18-year-old Andrew Bogut left Australia for the US to chase his basketball dreams.

Little did he know that he would have to come home 15 years later to fully realise them.

The Andrew Michael Bogut relishing this fairytale stateside swansong with the Golden State Warriors is a far cry from the NBA-jaded big man that returned to Australia last year.

Yet Bogut’s own basketballing resurrection has been overshadowed by his role as messiah of the NBL’s second coming.

From his bombshell homecoming announcement to his shock NBA return – and his NBL MVP awards night shenanigans and countless colourful media appearances in between – Bogut has been the human headline the attention-seeking NBL so desperately craved.

Not that it was intended, but even the Bogut-led Sydney Kings’ semi-final exit felt like the master promoter’s way of reminding everyone that the resurgent NBL was bigger than him.

Bogut proved to be the final piece in local basketball’s reclamation project.

He joined an aspirational league banging on the mainstream Australian sports door, and left a competition that now feels increasingly like part of the summer sports furniture.

Central to Bogut’s ability to so profoundly impact the local game has been his prior accomplishments in the United States.

Australians love nothing more than a local product made good overseas and when the good includes being a former NBA No.1 draft pick and key plank of a lauded Warriors’ championship team, you have the golden ticket. 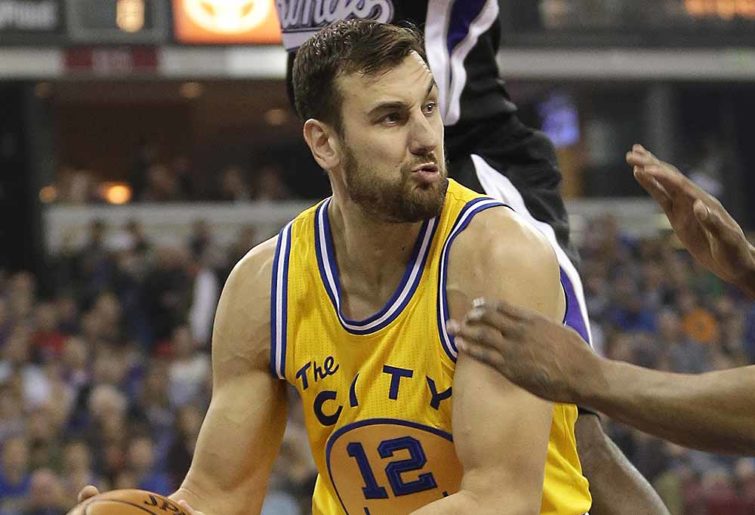 But they’re just the good bits. Everyone remembers those.

Not so much the career-altering arm injury Bogut sustained on a fast break for the surging ‘Fear the Deer’ Milwaukee Bucks in 2010. His desperate screams picked up on the broadcast are almost impossible to listen to almost nine years on.

Nor the horrendous ankle injury that followed two years later before Bogut’s eventual trade to the Warriors.

While in retrospect the Bucks’ trade decision ultimately bore fruit for Bogut, it also served as a baptism for the big man in the ruthless business that is the NBA.

One could of course consider Bogut’s time in the Bay Area with the champion Warriors a form of cure-all for any ills that have afflicted his career.

But this ignores the fact that contentment often breeds disappointment.

Bogut was a guest on Bill Simmons’ podcast The Ringer in February 2016, as the then reigning champion Warriors were threatening to break the NBA regular season wins record – something they ultimately achieved.

While Bogut showed flashes of his renowned cynicism, he couldn’t help but revel in his good fortune.

In response to Simmons’ summation of Bogut’s challenging journey to the all-conquering Warriors – “You found this kinda late in your prime nirvana” – Bogut’s acknowledgment of his gratitude is thick with sincerity.

He couldn’t have possibly been prepared for what was coming just down the road.

Within months, the Warriors had let slip a seemingly insurmountable 3-1 Finals lead to the Cleveland Cavaliers and Bogut had been dumped to make room for superstar Kevin Durant’s arrival.

Rubbing salt into Bogut’s wounds was the fact that he suffered a season-ending injury in Game 5, which robbed the Warriors of vital rim protection against a rampaging LeBron James.

Had the Warriors prevailed, many believe Durant would not have chosen to wear blue and gold, and Bogut would be counting his rings.

From there, things hit the skids. Bogut suffered a broken leg moments into a subsequent Cleveland Cavaliers stint before being waived after an inglorious stay at the Los Angeles Lakers.

And then Bogut decided he’d had enough of the bright lights of the big NBA show.

Sure, there was his belief in the NBL’s trajectory and his young family was probably another factor.

But it’s hard not to think that his 13-year NBA roller coaster ride had left him spent.

In late 2016, Bogut told USA Today: “This league is full of people who are full of s*** and shallow… It’s very hard to meet a genuine person who you can call your friend in this league.”

While these comments were later clarified to be aimed at anonymous sources within the NBA, it’s hard not to find them telling. 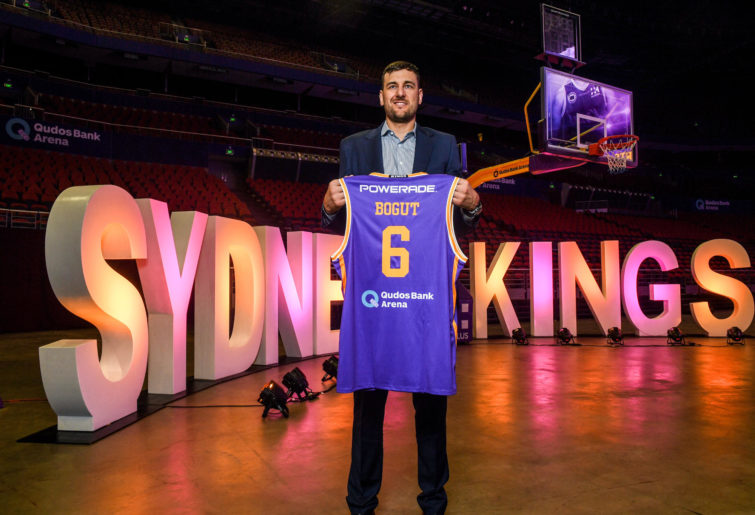 Compare this to the ‘kid in a candy shop’ version of Bogut that re-joined the Warriors for their imminent play-off run and it’s day and night.

While absence enlivened Bogut’s affections for the NBA, the health benefits derived from a lengthy lay-off before a far shorter NBL season likely facilitated his triumphant return.

Bogut is now basking in the glow of a fairytale Warriors reunion that seemed inconceivable when he decided to return to Australia last year.

Bogut came home to push a resurgent NBL over the top.

Australia thanked him by putting him back together again.