Who will be racing's next champion?

It’s 3am on Monday and Tiger Woods is vying for the lead in The Masters.

There hasn’t been this kind of electricity at Augusta since 2005, the year Tiger beat Chris DiMarco in a playoff.

While plenty of great golfers have donned the green jacket in the past 15 years, none of them were Tiger Woods.

When Patrick Reed won The Masters last year, it was well noted in the media. But the story didn’t last more than a day and it certainly didn’t lead all news bulletins around the globe.

When Tiger Woods wins, it’s a big deal. And he doesn’t even need to win for it be a big deal.

Golf’s greatest of all time is a walking headline. He’s big money for TV networks and box offices.

The same can be said about horse racing.

Outside of a handful of races – the Melbourne Cup, Caulfield Cup, Cox Plate and Golden Slipper – racing in Australia struggles to break into mainstream media.

The only time that changes is when champions step out onto the track.

What Winx did for the racing industry on Saturday cannot be measured. The atmosphere at Royal Randwick was unprecedented for a Sydney race meeting.

In fact, I doubt Sydney has had that much atmosphere at any event since the 2000 Olympics. The buzz at the track certainly surpassed any State of Origin match.

Perhaps the only thing that comes close in the post-Olympic era is Steve Waugh’s final-ball SCG century in the 2002-03 Ashes.

The challenge for the racing industry, just like the PGA, is to keep the momentum rolling when the champion is no longer there.

How can racing leverage the huge public interest for Winx into more regular attendances and increased column inches?

You cannot replicate what occurred at Randwick on Saturday, but you can build on the momentum and use it to remind people that the racetrack is where dreams are realised. 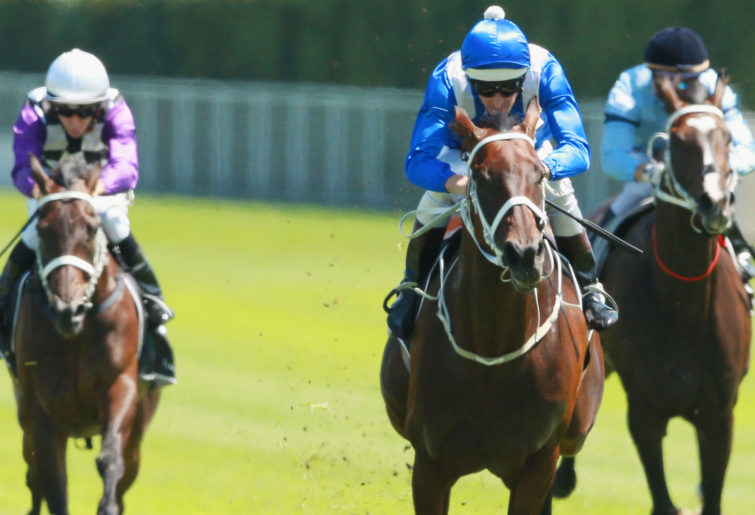 The next generation
I’ve written so much about Winx in the past 12 months and I don’t think there’s much more to add, other than she’s a freak of nature.

Her win on Saturday was first class.

But who are the contenders to take her crown as Australia’s best racehorse?

A filly who raced on Saturday could be in the mix.

Australian Oaks winner Verry Ellegant looms as the real deal. She had issues in the spring under the care of disgraced trainer Darren Weir, but turned a corner since being transferred to Chris Waller in Sydney.

The three-year-old’s Oaks win was first class and she might emerge as a good middle distance horse in the spring.

A Caulfield Cup would not be out of the equation, while I’m sure Waller will have the Melbourne Cup in the back of his mind.

“It’s hard to say if she’ll stay or not, time will tell, but the best is yet to come,” the trainer said on Saturday.

“We’ll be remembering Verry Elleegant’s win here. It was a great race and she’ll have a great spring.”

It might be premature to declare a horse with two races under his belt to be the next Australian champion, but all signs have been good for two-year-old Super Seth.

Another horse previously in the care of Darren Weir (karma, much), the Anthony Freedman-trained colt won by six lengths on debut at Ballarat last month and was sent out a $1.65 favourite at Caulfield on Saturday.

His win was ultra impressive, running over the top of some good horses to win comfortably.

The son of Dundeel should get over further, too, and will be one to watch in the spring.

“I’ve only had him a short time – he came from Darren Weir and I know they had a good opinion of him – and he won really well at Ballarat and today was probably not that much tougher but the way it turned out, he had to be quite good to do what he did,” Freedman said.

“You would love to think he might run a nice mile in the spring. He’s still doing a few things wrong but he’ll work it out.”

Freedman suggested a tilt at a Flemington race on Anzac Day was an option, as was a trip to Brisbane for the winter carnival, but I suspect Super Seth will be spelled and asked to return in August to prepare for some of the rich three-year-old events.

The other likely contender for the crown could be emerging Tasmanian filly Mystic Journey.

Trained by Adam Trinder, the three-year-old has won 10 of 13 career starts, including six victories in a row.

She showed talent last spring, winning a Listed event at Caulfield and a Group 2 at Moonee Valley, but took the next step this autumn with victories in the Group 1 Australian Guineas and the inaugural All-Star Mile.

Purchased for just $11,000, the daughter of Needs Further has already collected more than $3.2 million in prizemoney.

I dare say she’ll be targeted at some spring classics and we’ll get a fair idea of where she sits in the pecking order then. But don’t be surprised if she becomes Australia’s next wonder horse.

The weekend punt
I thought things were looking grim after the first three races produced no result for followers of my selections.

If you invested $20 on each race, you would have spent $100 and collected a tidy $217. Not bad when only one of your five selections wins.

Keep checking back on Fridays as my selections will become a regular feature on a weekly basis. I also make sure to keep a running tally so you know just how well (or poorly) I’m going.