Want to to change the rugby league world? Cite the AFL first

The AFL’s status as a rugby league bogie man to rival even rugby union got a big boost last week, when it was heavily cited by Ottawa as a reason why they should be admitted into English rugby league.

It seems to have worked – all but five clubs voted in favour of the Canadians and New York continuing to talk to the RFL about joining their ranks next year.

“When I first started in rugby league, the NRL and the AFL were neck-and-neck commercially on which one was bigger,” Ottawa bid lead Eric Perez told reporters in a corporate box at AJ Bell Stadium after his presentation to clubs.

“But what’s happened since is the AFL has successfully been able to expand outside of the traditional Victorian heartland.

“They’ve got, I think, a third NSW club on the way. They’ve got multiple Queensland clubs, they’ve got two clubs in South Australia, they have two clubs in Western Australia and what that’s done is catapulted them firmly above the NRL in the Australian sporting landscape, I believe now.

“We’ve got to do what the AFL did; we’ve got to expand to markets that are hungry for our sport. I believe Toronto has shown that in Canada, there is a massive hunger for rugby league – not only spectator-wise but B2B (business to business) and corporate-wise.

“That’s something that we can bring to the table.”

Perez didn’t just go to Salford armed with a proposal; he went with a spiel.

“So basically, the best players in the world playing in the RFL and England winning multiple World Cups on the back of a) the competition is stronger…

“England, I predict, in the next two World Cups will win a World Cup if Ottawa is accepted into this. 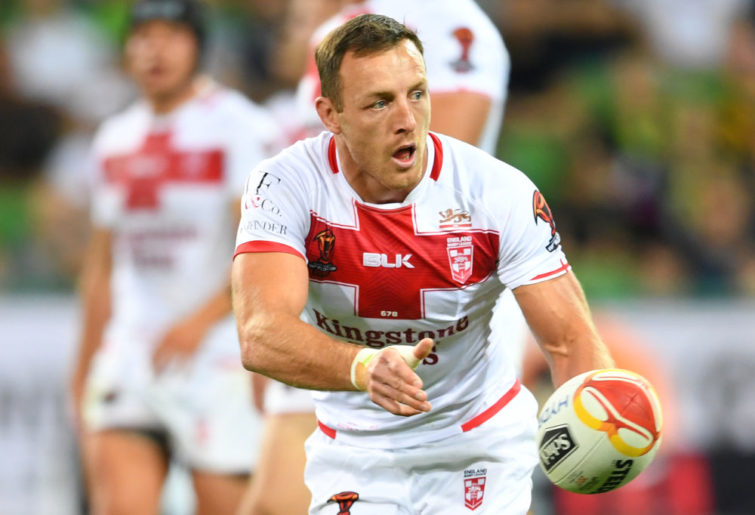 OK, some fact checking here. Perez began promoting Canada games at Lamport Stadium in 2012, when there were the same 18 teams there are now. I couldn’t find anyone since Kevin Sheedy in 2013 suggesting a third NSW AFL club, but I don’t follow this issue closely.

And clearly, admitting a North American team to League 1 in 2020 is not going to win England a World Cup a year later – and almost certainly not four years later, given that any kid inspired to take up the sport by such expansion will still be, like, ten.

But the spiel appeals to two of the main fears of the British club owners: the NRL and being stripped of players.

We’re not going to compete with you for players, we’re going to get them from Australia! We’re going to make your competition so big, you’ll be able to get players from there again as well!

And NYC bid member Tony Feasey also raised the specter of League Central, saying no matter how big the NRL gets, it won’t expand to LA because it’s too far away.

NYC’s idea is not a giant, trans-Atlantic northern hemisphere league, but a North American comp into which Super League clubs may enter their reserve grade teams.

Feasey even spoke about such a competition having lucrative prizemoney.

While it’s my job not to let comments like those above go unchallenged, if rugby league can get into some of the big North American markets, even in a humble 7000-attendance way, the sport will benefit.

Yes, players may be tempted across the equator.

It is an unfortunate accident of history that rugby league’s biggest market is at the most isolated end of the world. It’s to the game’s seemingly eternal disadvantage, this, severely hindering its growth in the northern hemisphere, where most of the word’s wealthy countries are located.

How funny is it that, in order to get support from parochial and mainly northern club owners, chairmen and chief executive, it was necessary to appeal to their parochialism by name-checking other regional, internationally rather anonymous sporting bodies?

You fear the NRL? Let’s be the AFL! You fear Superman? Let me tell you about Kryptonite!

They may or may not have the necessary cash reserves to do what they want to do but this shows the Ottawa and New York consortia aren’t dummies.