A huge NRL Round 6 Easter weekend gets underway with Cronulla welcoming Penrith to the Shire.

And I have to be honest – it’s nice to preview a Thursday night game that doesn’t involve the Brisbane Broncos. After three straight Thursday nights, I was starting to run low on Tevita Pangai Junior content.

Neither the Panthers or the Sharks have set the competition on fire this season, but games between these clubs are usually pretty good entertainment with plenty of spice.

This game is ninth versus 11th and while it’s still too early to write teams off, it’s a classic ‘four-point game’ that will come in handy for the winner when top eight spots are being decided.

Both teams are two wins from their five games but the Panthers need to make up a -41 points differential. There’s plenty of time for them to get that back if they can get their sputtering attack up and running.

Cronulla owns the recent history between these clubs. They’ve won six straight against Penrith and eight of the last ten, the most recent being the Sharks’ one-point win in week two of the 2018 finals. After a Valentine Holmes masterclass helped Cronulla bolt to an 18-0 lead, the Panthers chipped away and chipped away to tie the game before a Chad Townsend field goal put Cronulla’s nose in front when it counted. 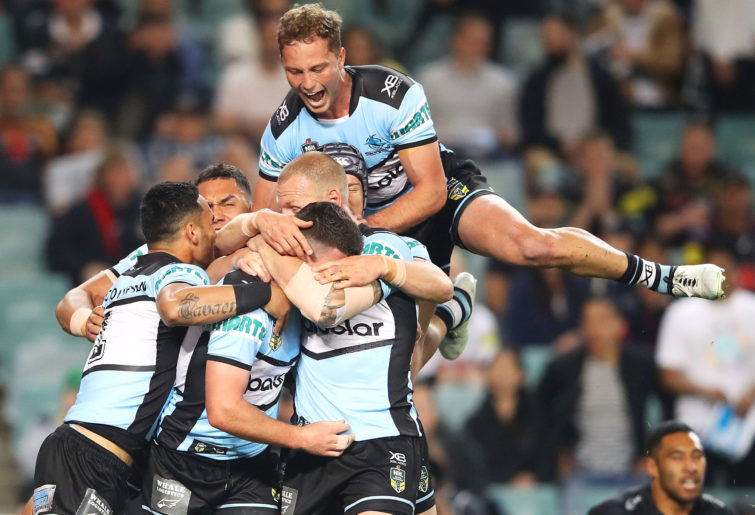 Holmes is gone now, headed to the NFL preseason with the New York Jets. John Morris is the rookie head coach after Shane Flanagan was punted during an offseason Cronulla aren’t keen to look back on.

It has been a pretty rough opening month for the Sharks. Marquee signing Shaun Johnson is finding his feet after nursing a quadriceps injury, Matt Moylan has been out since Round 2 with a bad hamstring tear, veteran Paul Gallen is dinged up with rib troubles (he’ll need painkillers to get through this game) and much-maligned but actually quite good front rower Aaron Woods has broken his foot and will miss an extended period.

Talisman prop Andrew Fifita is also hobbled by a dodgy hamstring, but at the time of writing, he was named and good to go.

After a competitive opening 40 minutes last Saturday, Cronulla were routed by the Roosters at this venue, down 30 points to nil at one stage before scoring a few tries during junk time.

When you think about it, with the injuries they’ve had at key positions, it’s a decent effort by the Sharks to be in the position they are. Things could be much worse.

Penrith have been incredibly disappointing so far. There were high expectations for the mountain men from inside and outside Panthers Stadium, but their start to 2019 with a leaky defence and the NRL’s worst attack (scoring just 63 points) has baffled many observers. Their two wins are by a combined three points.

The Panthers gave the Gold Coast their first win of the season last week at Robina, unable to take advantage of their host’s defensive generosity and supplying a gift of their own via a 67th-minute penalty try for the decisive score. 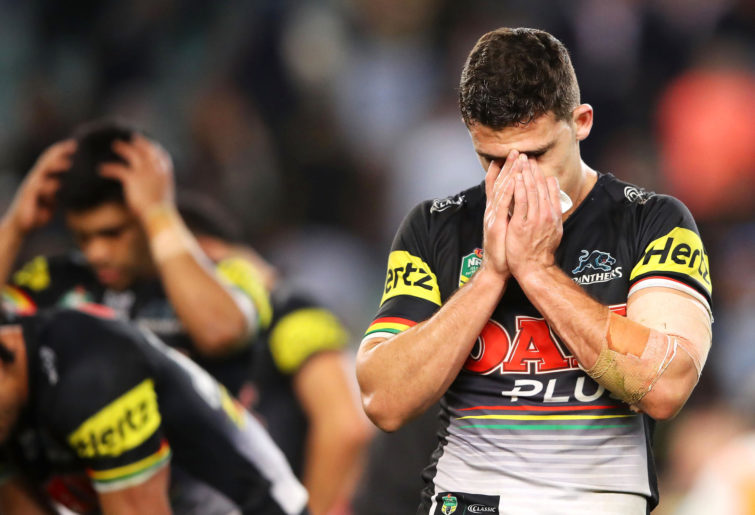 At the press conference for Tamou’s appointment, Cleary explained his intention was always to have one captain, and Tamou had “effectively risen above and selected himself’ during the opening month of the season.

To many it’s a strange way to do business, but if that’s what works for them, I won’t judge.

New South Wales prop Reagan Campbell-Gillard has been relegated to the bench. It’s a bit of a wakeup call for RCG because even though his stats aren’t too different from 2018, Ivan Cleary obviously expects more than what he’s getting. Tim Grant will start in the 10 jersey. 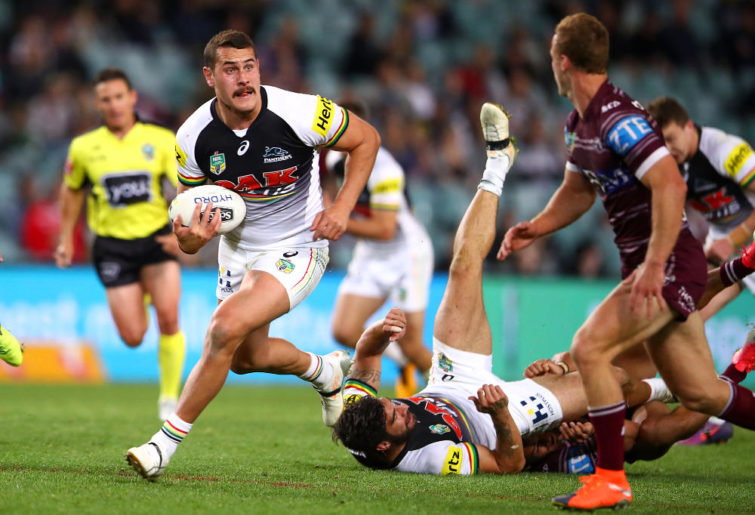 These two make a lot of errors, averaging 14 each per game. They’ve both made bad errors at critical moments which have cost them dearly. Cronulla’s weather forecast for Thursday is glorious football weather, so – to break out a sporting cliche to great effect – whoever holds the ball wins the game.

Even though these teams have struggled to date, they do seem to bring out the competitive beast in one another.

The Sharks are the favourite with the bookies and the tipsters, but if they lose focus for even ten minutes, Penrith will rack up the points and we’ll all be wondering why we were so worried about them.

Cronulla are capable of drawing Penrith into a grinder of a game, keeping them under wraps and getting the points in a classic Shire mauling. 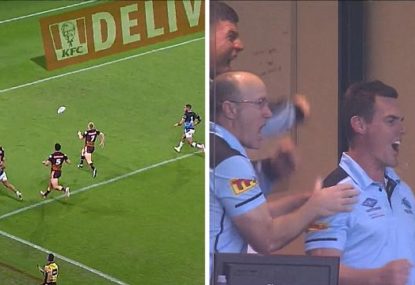 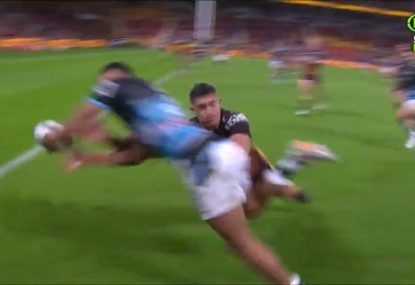 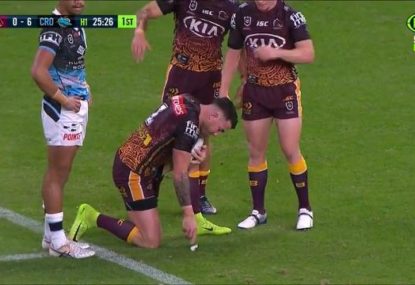