It was the week of the underdog in the Overwatch League

Who you gonna call? GOATS busters!

Week 2 of Stage 2 of the second season of the Overwatch League was an appropriately interesting one. It was the week of the underdog and it solidified the places of other teams in the league. I think from here on in we’re going to see more interesting matches as well, as though GOATS isn’t dead. only weak and starting to limp a little.

Friday’s matches felt like they went a long way to remind us who the best teams in the league truly are. New York Excelsior destroyed Washington Justice in a 4-0 game. Washington took the occasional round, but it was very clear who the superior team is out of this pair.

Considering how quickly Excelsior were knocked out of the Stage 1 play-offs, they had a bit to prove. So when Monday came around and they had another shot, this time against Florida Mayhem, they choose to 4-0 this team as well. Let no-one question the might of NYXL ever again – that is, until they flake it at play-offs yet again.

Vancouver Titans also had a few interesting matches. They faced the Seoul Dynasty and later the Houston Outlaws. Both games went 3-1 in favour of the Titans, who have proved themselves to be one of the scariest teams in the league. 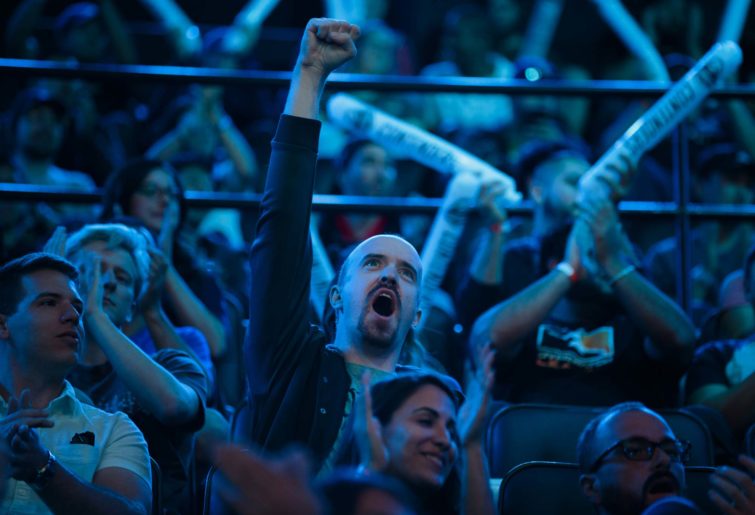 Seeing them lose even single maps against teams is nice, just to prove they can bleed. Their fights tended to look very close on some maps and like total dominations on others. If I saw the Titans against me on my next roster, I’d be justifiably terrified.

A highlight of the week, especially for many Australians, was seeing Los Angeles Valiant finally put Custa (Scott Kennedy) back in the team and get a win over the now Dafran-less Atlanta Reign. Atlanta are now using former San Francisco Shock DPS star Babybay (Andrej Francisty) and he seems to really fit in with this team’s often brash style.

These were some close games coming down to only a 3-2 victory for the Valiant, and I’m choosing to believe it’s all because we saw Aussie best-boy Custa back in the mix.

Valient did, however, lose the battle for LA when pitted up against the Gladiators later in the week. Again these were still very close, though, with map Hanamura even ending with a 1-1 draw between the two teams. I think this weird, almost artificial rivalry will only get stronger as the season progresses

Despite this, Valient’s losing streak is finally over, and maybe we can see them get back to being a top-tier team like they showed us last season.

Another losing streak that has well and truly been put to bed is the Shanghai Dragons. They managed a victory over the Chengdu Hunters, which was pretty surprising. Chengdu are unpredictable and strong, known for their surprising team compositions. If you’ve been wondering what matches are worth going back for a rewatch, definitely consider this one, as it was nail-biting stuff.

In fact almost all the matches on Saturday were close rounds won by who you’d least expect. Even Boston Uprising somehow lost to Hangzhou Spark, who really managed to pull some magic out at the last minute. There was only one 4-0 over the whole day; everything else was close and a wild, emotional ride.

So what does all this have to do with GOATS? In many of the match-ups we’re finding teams win against the big dogs when they move away from that three-three competition. No-one can really play GOATS as well as Vancouver Titans at the moment, but what they can do is play a composition with some DPS into it with a chance of winning.

This doesn’t work on all maps, but we are starting to see it leak into things other than just Busan. Even just single points, like teams using it to take point A on Paris, is becoming more and more common.

This means we are probably just one patch away from seeing an even better balance in the game, and I’m really looking forward to it. Variety is the spice of Overwatch and I miss seeing DPS heroes wreak havoc and some of the thrilling rockstar-style plays that go with it.

This is what I want from Overwatch: more surprises, more underdog wins and more heroes played more often.