How long will it take for Australian racing jurisdictions to bite the bullet and open their tracks on Good Friday?

Surely it has to happen sooner rather than later.

Today punters will be able to bet on four Australian meetings – gallops at Launceston and Ascot in WA as well as greyhounds at Mandura in the west and the trots at Hobart.

It beggars belief that there is not racing in every state.

For all of my adult life Good Friday has been the most boring day on the Australian calendar. There was never any footy played, you couldn’t have a bet and every shop was closed.

It’s not disrespectful to any religion to play sport on Good Friday. Or eat meat, for that matter.

Individuals should be able to make up their own minds as to how they want to spend the day.

Racing is missing a trick by sitting on the sidelines on Good Friday.

Not only would you be able to attract a crowd if you promoted it properly, but turnover would also be up, bringing more revenue to the industry.

There would also be the opportunity to use the day to help a good cause. Imagine if the TAB donated 50 per cent of profits to children’s hospitals in each state.

Despite what many people think, there’s a lot more to racing than the punt. Ask the thousands that flock to Hanging Rock on New Year’s Day or to Oakbank over Easter each year. 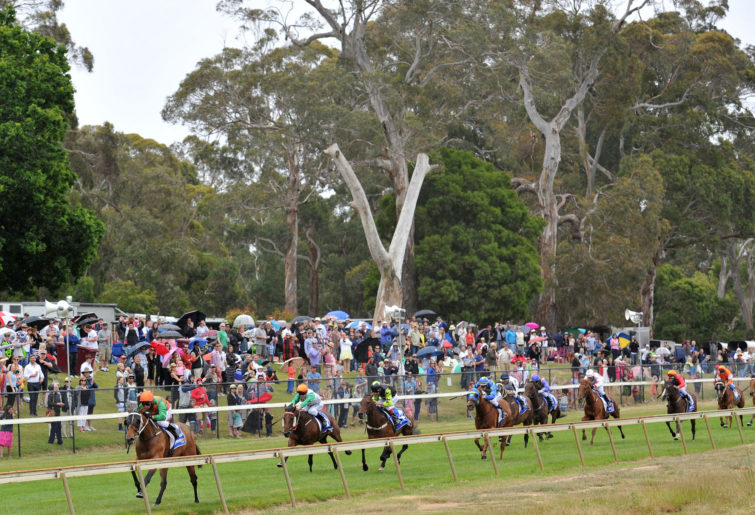 Most of those racegoers wouldn’t bet more than $5 a race.

A place like Echuca, which attracts thousands of families over Easter because of the Murray River, would be an ideal place to host a Good Friday meeting.

It simply doesn’t make sense to be sitting this day out.

If you get the chance, look at the win pools for Ascot and Launceston this afternoon and you’ll see they are through the roof.

And they’ll have a crowd there.

Who would have thought that Western Australia and Tasmania would be the progressive jurisdictions?

If you don’t do your dough on the Mandurah dogs, there’ll be racing aplenty tomorrow.

Hopefully, we can keep the profit rolling after a good result in last week’s Sydney Cup.

Race 7 at 3.07pm – $125,000 Listed Mick Dittman Plate (1100m)
This is a good three-year-old race as Brisbane enters its annual carnival period and the favourite is Plague Stone for the James Cummings team. I’d be eager to see him go around before taking the prohibitive odds.

He’s first up since August, and although he won a recent trial at Rosehill, this is going to be a hot race. He might still have the class to win, but there’s some value in this event.

In a race with seemingly multiple chances, I’m going to back the horse who won by nine lengths last start. Albeit in maiden company on a wet track, you couldn’t help but be taken aback by Vega One’s win a fortnight ago.

He settled well back and then gave them windburn inside the final 300 metres. Based on his solid performances in Sydney last spring, he’s over the odds around the $8 mark and can win tomorrow.

Track: Good 4 at time of writing.
Rail: Out six metres from 1600m to winning post

Osborne Bulls is awfully short in the market at $2.50 for a horse that has put together three second placings on the trot. He’s good enough to win and is well worth considering, but those look to be poison odds.

The Charlie Appleby-trained D’Bai could be the knockout horse. He’s first up in Australia on the back of a good win in Dubai in January and should appreciate the Randwick turf.

Appleby’s record in Australia is sensational, so I’d rather be on D’Bai at $5 than Osborne Bulls at $2.50.

Keep an eye on Malaguerra too. He’s been easy in early markets, but he’s going to be better for his February run. 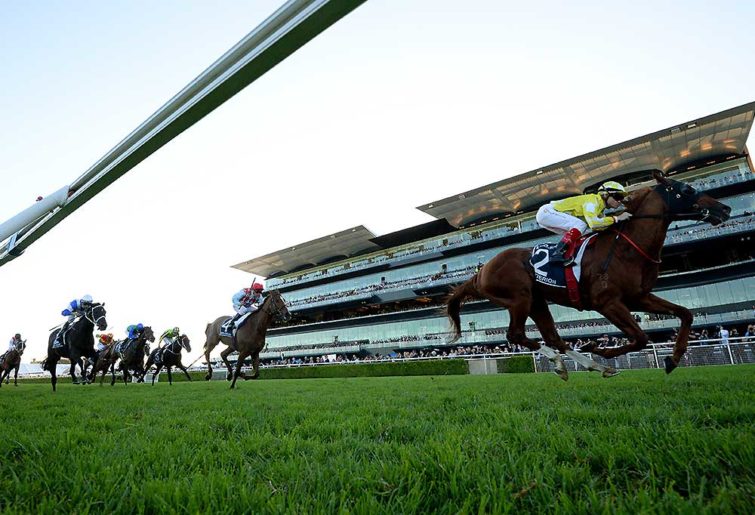 He would have been a chance to win the Group 1 in the previous race, but he’s been held back for this instead.

His first-up record is good, he has class on his rivals and he comes in on the back of two impressive trials. Only bad luck beats him.

If you are taking exotics, make sure you throw in Tyzone to run a place. The Queenslander is a tough horse and has drawn perfectly. He can’t win, but he can finish in the prize money.

Suggested bet: Home of the Brave to win.

Track: Good 4 at time of writing.
Rail: True position for the entire circuit

Race 7 at 3.55pm – $160,000 Group 3 Victoria Handicap (1400m)
Naantali is $41 to win the All Aged Stakes in Sydney so I hope the Ciaron Maher-David Eustace team keeps her in Melbourne because she should win again at Caulfield on Saturday.

She got a dream run last time at Caulfield to win, and even though she’s drawn wide in this Group 3 race, she should be able to slot in and find cover. Currently the second favourite at $3.70, she’s a very attractive price.

The best roughie Fastnet Tempest in what looks an even field outside of my top pick.

There are no superstars in this field but some nice enough horses you can trust to run consistently.

I went for value here because it’s an even field and the trainer is flying at present. The Chris Waller-prepared Mantastic is around $9 in the market and should be running on strongly at the finish.

The wide barrier shouldn’t hurt too much as he gets back anyway, but there could be a sneaky amount of speed in this event.

Make sure you don’t leave out Night’s Watch in your exotics, while those who love a genuine long shot could do worse than something on Bendigo Cup winner Red Alto.