The Tullamarine freeway was at its exciting best on Good Friday with the Bombers running out handsome 58-point winners over a listless North Melbourne.

The win was set up with a brilliant ten-minute burst late in the second quarter with the Dons kicking four goals from 17 possessions.

They were too fast and clean with their disposal for a North side that looked slow and one-dimensional going forward.

The game had drama before the ball had been bounced with Joe Daniher being a very late inclusion. He had been called up after Zac Clarke withdrew and provided a serviceable output in his first game in nearly a year.

Expect the AFL to give Essendon a fine by not including him in the 25 until the very last moment. Hopefully the AFL can allow the Bombers to donate that fine to the Good Friday appeal. 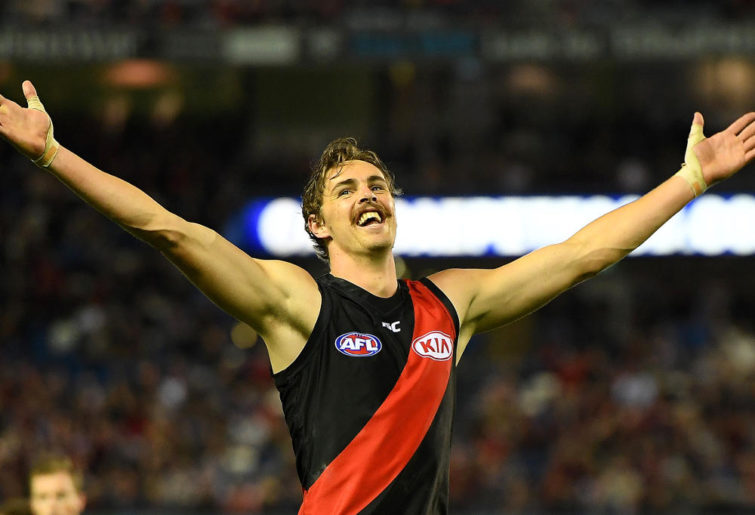 So what to make of the Good Friday clash?

Were the Bombers superb with their ball movement or were North Melbourne playing in quicksand?

The season isn’t completely over for North. Yes, they were deplorable and should rightly be given a whack by the media until their next game.

But they were made to look bad by the way their opponents moved the footy and spread from the contest.

The midfield decides most AFL games and Friday was no exception.

Before the bounce, the big three of Dyson Heppell, Zach Merrett and Dylan Shiel hadn’t all clicked in the one game.

But against North, they took your breath away.

As soon as the ball left the contest, the trio had complete control over the direction of play and – more importantly – how fast the ball spread.

With the new 6-6-6 rule, when a team plays in this manner, it destroys any defensive patterns.

Essendon’s forwards all worked together well to complement the excellent ball delivery.

Daniher, Mitch Brown and Jake Stringer can work well as three talls if Brown and Stringer push up as high half forwards, leaving Daniher as the big fish in the goal square.

They contributed seven goals between them, and if the small forwards such as Orazio Fantasia and Anthony McDonald-Tipungwuti can add some goals, then the AFL world better look out.

The defence hasn’t been talked about but their aerial work around Ben Brown and Mason Wood was excellent.

They weren’t scared to go for their marks, while their switch kicks were fast and accurate.

The importance of Cale Hooker in that backline is under-appreciated.

Essendon face a massive Anzac Day clash against Collingwood next week. If the Bombers can bring that heat and forward movement from the whole team, they are a big chance of causing a boil-over.

The Dons are starting to awaken. 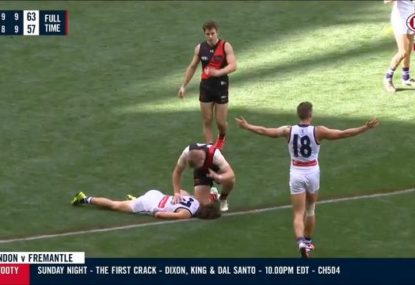