A battle of generations on the ATP tour

In the past week at the Rolex Monte Carlo Master’s 1000 tournament, big things were expected of the next wave of young tennis stars coming through in Dominic Thiem, Alexander Zverev, and Stefanos Tsitsipas, but instead they all exited before the quarter-finals.

The current grumblings and criticism of this young group are that they are expected to have already made their mark at Grand Slam level on a consistent basis and start the takeover process from the current ‘big three’ players in Roger Federer, Rafael Nadal and Novak Djokovic. Andy Murray has been injured and has spoken strongly about retirement.

Of the group, only one has ventured into a Grand Slam final, that being Thiem who had a remarkable clay court season in 2018 and was even tipped by few to challenge Rafa’s throne, but for now that ultimately still remains a false dawn. Since then his Grand Slam performances has made for tough reading, the Austrian has retired in the first round at Wimbledon, lost in the quarter-finals of the US Open to Nadal again and retired in the second round at the Australian Open.

It’s safe to say he really hasn’t built on his run at Roland Garros.

Alexander Zverev ended 2018 with a triumph in the season-ending ATP Finals, defeating a resurgent Djokovic in straight sets and again many expected a deep run from the German star at the following Grand Slam in Australia, but instead he found himself on the end of a ruthless straight sets demolition from Milos Raonic in the fourth round.

Zverev has really yet to make his mark on a Grand Slam and he himself would admit this as a lone quarter-final appearance at the French in 2018 is surely something that a player of the German’s calibre would expect more than.

Tsitsipas broke through early this year with his semifinal run at the Australian Open that included a brilliant victory over Federer before he was stopped mercilessly by Nadal. Whether he will build on this in his next Grand Slam performance remains to be seen but his performances in the following Master’s events have been encouraging.

While victories at Masters should not be taken lightly, as it is still an achievement to win these tournaments, truly the sign of when these players have really taken over from the likes of Roger, Rafael and Novak will be seen when they can topple the current holy trinity of tennis at a Grand Slam level and break the big three’s stranglehold on the majors as the three have won all nine Grand Slams since Stan Wawrinka’s US Open victory back in 2016.

Why do we hold Grand Slam success in such high regards? The question can be answered by pointing to the generation of players that preceded the current nucleus, players such as Grigor Dimitrov, Raonic, Kei Nishikori, David Goffin and Benoit Paire who were back then, during the years from 2013 to 2017, expected to break through and break the big four’s Grand Slam stranglehold.

A feat that none of them accomplished. Yes, each of these players has earned a handful of Masters victories and might have chalked off a victory over a big four player in a Slam here and there but if winning Masters instead of slams were more important then would we consider any of them now to be better than the big four?

Ask any of them whether they’d be in the top four entering big tournaments as favourites and competing against each other to win Grand Slams now instead of being the challengers that they were before and the answer is quite clear. Should these players even begin winning Grand Slams now, the big four would be all well into their 30s.

If Masters titles are highly regarded then would why have we still considered Novak, Rafael and Roger as still the current front runners of the game and the safe bets going into each Slam until now? The answer is because performances and victories in Grand Slams are where the prestige lies.

Masters are great achievements but every player partakes in the sport to lift one of the four major trophies.

Yes, performances in the Masters are a good foundation for any next-generation player to earn the right to be seen as s challenger, but Grand Slams are where your legacy will be truly built, something each of these players is striving for.

The expectations may seem tough but we need to look at what the likes of Rafael Nadal and Novak Djokovic have accomplished. Both entered the scene when Federer was dominating tennis and his competitors were the likes of Lleyton Hewitt and Andy Roddick. Not only did Djokovic and Nadal both begin to challenge Federer at Grand Slam level but they also began winning them in doing so, effectively taking over from Roddick and Hewitt.

Nadal, Djokovic and even Andy Murray when he entered the scene were all around the same ages of the current next generation when they were making their impact on the majors consistently. Something Alexander Zverev, Nick Kyrgios, Thiem and company are yet to stamp their authority on.

By 2008, neither Rafael or Novak were seen as mere challengers to Roger but rather seen as equals wrestling for the world number one ranking against the Swiss legend. 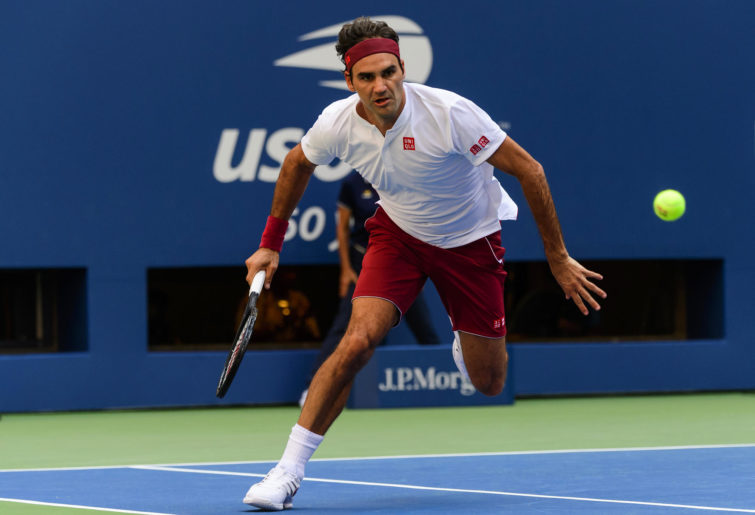 Perhaps it could be that it points more to the legend of the big four and what they all accomplished at such young ages and the longevity of their success, rather than inability of their young challengers to overhaul them. Nadal, Federer, Murray and Djokovic will ultimately all retire as the best players to ever pick up a racquet so is it really fair to compare the young generation against the best players?

The bar has been set so high that could it be unrealistic to expect the same year in and year out from Zverev, Kyrgios, Tsitsipas and co?
Before Federer broke through for his first Grand Slam title at Wimbledon in 2003, the Grand Slams were unpredictable as to who would win them.

Perhaps this is where tennis will be headed once Federer, Djokovic and Nadal relinquish their positions, with tennis going back to how it was where any of the top 20 players could enter a major with a shot of winning and more players winning slams rather than just the same ones.

Is it a bad thing? Absolutely not. Tennis will be unpredictable and exciting as fans of different ATP players can all believe that their man can win.

But right now, we are seeing the greats of the game and though it is not too late for the likes of Dimitrov, Raonic and Nishikori to begin winning majors, you feel that with the big three all approaching the latter portion of their careers, the takeover process is more due to the big three handing it over rather than it being wrestled away and they may be temporarily just holding their tenants for a while until the new challengers take over.

In the long run, the future of tennis will lie with the younger likes of Zverev, Kyrgios, Thiem, Shapovalov and company and while it is perhaps harsh to expect them to take the game away from the current top dogs, considerations also need to be made that they are asked to push aside the greatest players of all time.

We have been spoilt with such greatness in the game for more than a decade now that it has become the norm and to be seen as the leaders of the game, you need to be winning majors year in and year out. Gone are the days where you would be tennis envy if you even make one Slam final or hold one trophy. Expectations in tennis are at an all-time high now.

Whether the next generation can manage this remains to be seen, but for now let us just enjoy seeing the legends of the game in Federer, Nadal and Djokovic while we still can and watch how their younger generation can challenge and how they carry the sport forward in their own way.

Let’s also not forget about the even younger generation after them as well in Popyrin and Auger Aliassime, who have both already begun to knock on the door. Tennis has always been a battle of generations and we could be looking at one of the most intriguing one right now.

Alex de Minaur has perished in the Roland Garros slush on a cold and controversial first day of the French Open in Paris.

Thoughts on the trick serve? 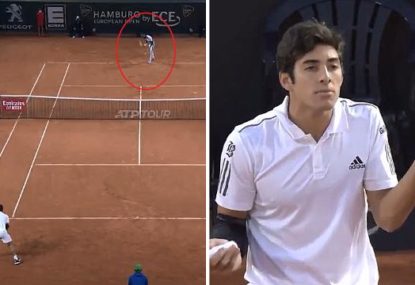 One of six Australians in action on Sunday, Alex de Minaur is confident he can match 2018 French Open semi-finalist Marco Cecchinato on the Paris clay.

The men’s and women’s singles draws for the 2020 French Open have been released, and despite the absence of so many star players due to travel concerns relating to the COVID-19 pandemic, there are still some matches that will be worth watching later on in this tournament.

Australia’s French Open tennis hopefuls have been handed challenging draws for the clay-court grand slam starting on Sunday in Paris.

Traditionally the second grand slam event of the tennis season, the 2020 French Open will instead be the third (and final) grand slam tournament of the year as the sport resumes its season following its suspension due to COVID-19. Normally the French Open is held from late May to early June, but in March it […]