Can Molik solve the Stosur problem?

Australia are through to the Fed Cup final where France await on home soil on November 9 and 10.

This is a fantastic achievement for Australian tennis and especially the women’s game.

Not since 1974 has Australia won the Fed Cup, when Evonne Goolagong led us to victory 2-1 over the United States. Ties then were decided by two singles and a doubles match.

In the halcyon days of the 1970s – with names like Gooloagong, Margaret Court and John Newcombe – tennis must have consistently frequented the sporting pages of our newspapers.

Their exploits captured the adoration of the wider sporting public throughout the year.

However, tennis now finds it hard to get anywhere near the back page outside of the Australian Open.

Of course, there are exceptions. But during football season, an ankle injury to a star player is likely to produce more headlines than an Australian tennis player winning an ATP or WTA tournament.

Tennis Australia will be eager for that to change as the Fed Cup final looms.

An Australian victory on home soil will be a boon for the local game.

But equally, TA will be keen to cash in. The tie falls well outside the football season and will be on the first weekend after the Melbourne Cup is run and won.

As the tie approaches, one question may grab the headlines from the Melbourne Spring Racing Carnival: who will be chosen to play the other singles rubbers alongside Ashleigh Barty? 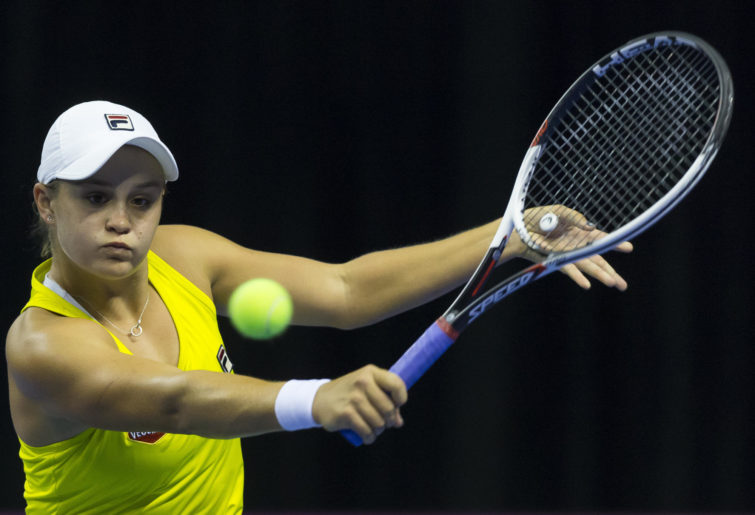 This question didn’t grab much attention in the lead-up to Australia’s 3-2 semi-final victory over Belarus, for the reasons mentioned above.

But as the final looms – much like our cricket selectors face more scrutiny before an Ashes series – captain Alicia Molik will receive much the same attention around who she selects to take the court in the singles matches.

This time Molik won’t have the luxury of a usually distracted media.

And if the semi-final is anything to go by, Molik made a few questionable choices.

The correct decisions appear more obvious in hindsight, but the selection of Samantha Stosur to play in the fourth singles rubber was very poor indeed.

The first rubber of the tie saw Stosur – ranked 77 in the world – selected ahead of the 58th-ranked Daria Gavrilova, who would seem the obvious choice.

The surprise selection was justified by Molik.

“It’s a player Sam’s really familiar with and that’s really important in a tie like this, one where no doubt experience has to count as well,” Molik said.

Stosur pushed the much higher ranked Aryna Sabalenka, losing in three sets. The gallant defeat went some way to justifying the decision for Stosur to play in one of the first two singles rubbers.

Barty then showed why she is a top ten player by levelling the tie, ending Victoria Azarenka’s run of 13 straight Fed Cup singles triumphs with a 7-6, 6-3 win.

Though Stosur played some good tennis, the defeat should not have come as a surprise given her history on home turf.

Unable to get past the first round in the last four Australian Opens – and never having made it past the fourth round across her career – Molik’s decision to place familiarity over ranking was a puzzling one.

This became even more apparent when Molik then doubled down and stuck with Stosur for the fourth rubber against Azarenka. At this stage, Australia were up 2-1 thanks to a second Barty victory. 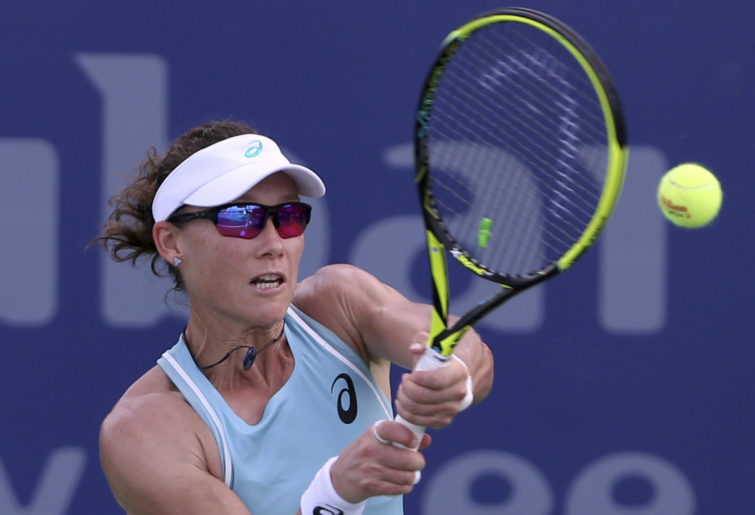 But Stosur not only suffered another defeat, but she capitulated 6-1, 6-1 in a paltry 59 minutes to Azarenka, giving the Belarusians momentum going into the deciding doubles match.

Though Molik would have been prepared for the tie to go to a decider, Stosur being nothing more than a hit-up for the Grand Slam-winning Azarenka would have been concerning to the team captain.

To Stosur’s credit, she pulled herself together and partnered Barty to win the doubles and the tie.

But serious questions should be asked not of Stosur herself, but Molik’s choice of Stosur to contest two singles rubbers.

Fresh and ready to give Azarenka a much bigger test, the higher-ranked Gavrilova would have taken more than two games off the Belarusian.

Fortunately, the tie was won nonetheless.

In November, we will welcome the French – a proud tennis nation that last won the Fed Cup in 2003 and contested the final as recently as 2016.

Media interest will peak. This will please Tennis Australia, putting tennis near or on the back pages, leading to an increase in revenue – an important KPI for a sporting body.

Yet this will be a double-edged sword. There will be a groundswell of support for the women to succeed, but the negative effects that come with extra punditry will have to be managed by Molik.

One subject that will inevitably rear its head is Stosur’s poor form on home soil and her failure to deal with pressure.

The attention will be more parochial given there is a team dynamic here. Think ‘lay down Sally’.

Molik’s job may become easier. November is a long time away. Players’ form and fitness may force Molik’s hand.

But everything being equal, the Stosur-Gavrilova question will attract a tidal wave of scrutiny.

All that aside, let’s pray that Ash Barty stays healthy!