Five takeaways from Day 1 of the Hearthstone World Championship

The first day of action at the Hearthstone World Championship is in the books, with the initial and winner’s matches from Groups A and B done and dusted.

Germany’s bunnyhoppor (Raphael Peltzer) and China’s LFYueYing (Xu Kai) have booked their spots in the quarter-finals, while the rest of those groups’ competitors will battle it out later this week to see if they can keep their dreams of taking home some of the $1 million prize money on offer.

With an unstable metagame very much in play, the first day of action was always going to generate some talking points. Here’s five I picked up from the opening six matches.

Midrange Hunter is barely fulfilling its one purpose, while floundering elsewhere

There were several surprises when the decklists for this event were revealed and, while Midrange Hunter wasn’t necessarily the most shocking of those choices, the fact eight competitors decided to bring it still raised eyebrows.

It’s early days, but that gamble really hasn’t paid off for the players who took the plunge.

Rexxar won just four of the ten matches he was picked for on Day 1. While Hunter went 3-2 against the Zoolock archetype it’s supposed to heavily counter, it worryingly went winless in clashes that weren’t against Warlock or other Hunters.

Not only that, one of the three Zoolock wins was largely due to a misplay by Taiwan’s BloodTrail (Wu Zong-Chang), who tapped bizarrely his hero power after playing The Soularium – discarding a precious copy of Grim Rally in the process.

The ability of Midrange Hunter to punish Zoolock’s wide boards with a combo of Scavenging Hyena and Unleash the Hounds is tempting, but the USA’s killinallday (David Acosta) gave viewers a pretty good blueprint on how to avoid falling into that trap with his impressively resourceful win in Group B.

There’s every chance the class turns the tables today but, for now, it’s looking like an albatross of a deck for players who decided to bring it.

Lauded for his ability to see through the metagame and bring clever counter picks, killinallday was quoted by the commentary team as claiming he “couldn’t see how so many people landed on Control Warrior” as their preferred package for the class this tournament.

With ten of the 13 players who brought Warrior to Taiwan opting for Control, his justification for being one of the three to bring Bomb Warrior instead was that classes who struggle against Warrior would just ban it anyway, with the Bomb package opting for greater flexibility and pressure on players who opt to take it on.

Once again, it’s early days, but Acosta appears to be on the money as far as the early going is concerned. 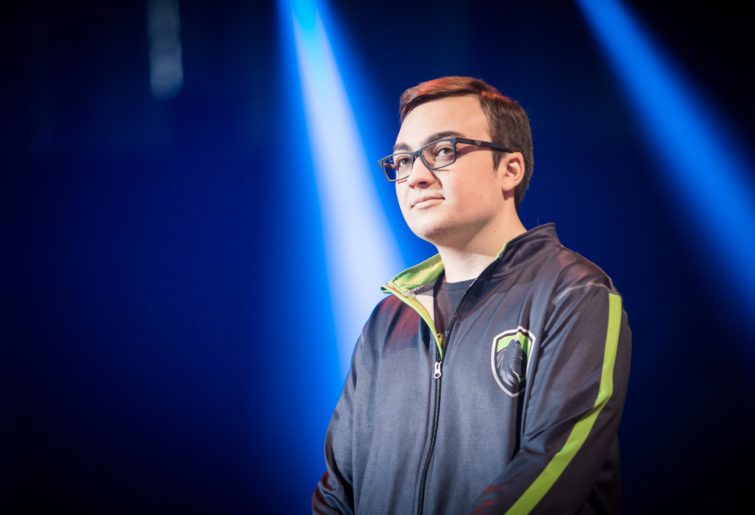 killinallday appears to be spot on as to the Warrior meta. (Photo: Helena Kristiansson/Blizzard Entertainment)

The archetype may have only played four matches on Day 1 – for three wins – but it’s the four bans that suggest the rest of the professional contingent have quickly caught on to just how oppressive the archetype really is.

killinallday’s first Bomb Warrior clash – against languagehacker’s (Mihai Dragalin) Hunter – was an intriguing matchup that will take several replays to truly dissect, but it was the clinical dismantling of Rogue decks by both Acosta and SNJing (Guan Zhendong) with Bomb Warrior that looked downright frightening.

For what it’s worth, Control Warrior got through its only game of the day – a win by BloodTrail over Bunnyhoppor’s Summoner Mage – quite easily, but it’s easy to see how the immense pressure the Bomb package brings puts classes that don’t play into Control Warrior’s AoE hands on the back foot.

…but his decision to bring Miracle Priest is looking dicey

Despite an impressive first showing, it looks as if killinallday’s stunning decision to bring Miracle Priest to Worlds might have been a bit too cute and clever.

With a beyond left-field deck that uses Gadgetzan Auctioneer and an absurd number of zero-cost spells to activate free Grave Horrors and a Chef Nomi finisher, it looked as if Acosta was living in 3019 when he tore languagehacker’s Hunter deck to shreds in his initial group match.

Unfortunately, the massively off-meta pick came back to bite him in the winner’s match against LFYueYing.

While his decision to ban Control Warrior – given the deck really can’t put pressure on a deck that plays the way Miracle Priest wants to play – is worth its own discussion, there’s no denying he got borderline embarrassed by YueYing’s Summoner Mage and Tempo Rogue.

The Mage match featured a degree of luck, with YueYing drawing his second Mountain Giant immediately after the first one had fallen to Mass Hysteria, but KAD still looked rather silly copping two Mountain Giants and a Fireball to the face in a very quick loss.

What looked worse, however, was the manner in which the deck was picked apart by Rogue. The bold decision by YueYing to play Captain Greenskin with no weapon equipped paid off, with Miracle Priest’s lack of targeted removal proving very costly as the match was again wrapped up before players had full mana trays. 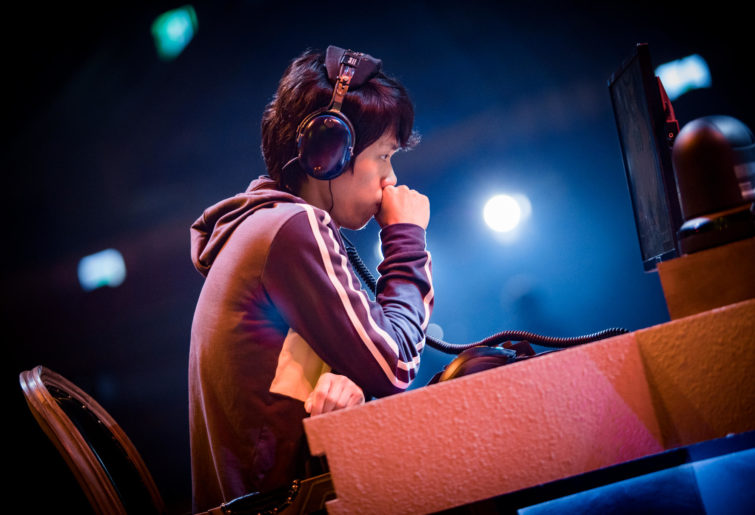 As headline-grabbing and fun to watch as Miracle Priest may be, it could be dire for killinallday if his opponents have figured the deck out already.

Tempo Rogue works best when you lay off the aggro

For a deck archetype regarded as the best amongst legend-rank players, Tempo Rogue had an iffy first day winning only four of the nine matches it played – although it was also banned three times.

But, if you dig a little deeper, there’s good reason to suggest there’s a bit more to it.

I documented my surprise at the relative lack of Heistbaron Togwaggle in Tempo Rogue decks heading into this tournament, and it appears the decision to spurn that card to make way for more aggressive tools is backfiring.

All five of Tempo Rogue’s losses on Day 1 came from aggressive variants of the archetype that leave out the Thief package in exchange for weapon synergy and Myra’s Unstable Element – with one of its two wins being a mirror match.

Conversely, the Togwaggle-oriented decks with burgle tools such as Hench-Clan Burglar and Vendetta didn’t lose.

The tournament and ladder metas are undoubtedly different, but the high prevalence of Zoolock – which also isn’t getting banned – puts aggressive Rogue decks in a tough spot.

They simply don’t have the cheap removal tools to combat aggressive decks that get out to a hot start, while simultaneously getting outpaced by those quicker decks even if they do start okay.

We all knew this World Championship had the potential to inform the meta moreso than any event before it and – given Rogue’s high popularity right now – this might be one of the best insights we get.

What’s the deal with Arch-Villain Rafaam?

With six casters taking turns to take us through the day’s action, we were bound to get a range of different opinions as to ideal turns, cards and decks. 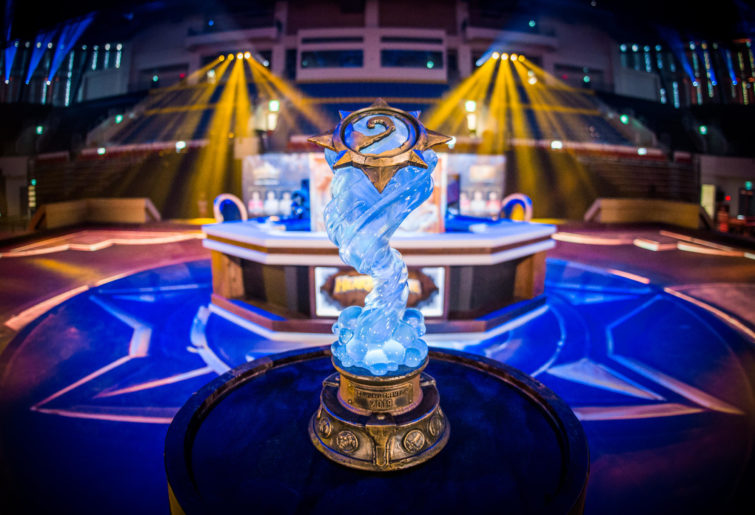 One thing the commentary crew appeared united on throughout the day, however, was a rejection of Arch-Villain Rafaam’s inclusion in some Zoolock decks.

Rafaam went winless on Day 1, with casters and fans bemoaning both the times he was played as well as the allegedly ideal opportunities to see him played that got passed up.

For me, the truth is somewhere in the middle. Arch-Villain Rafaam is not a matchwinning card – and he’s not supposed to be.

BloodTrail learned that the hard way, after his truly horrid decision to play him instead of the cheap Sea Giant he was holding allowed Bunnyhoppor to come back from four HP as Summoner Mage and steal an unlikely series-clinching win.

He’s also not a lifesaving card that will help you stabilise and turn the match around when you’re facing lethal – which seemed to be the most common way he was used.

His best utilisation is as a complete gear change for Zoolock decks when the game has gone longer than they’d like to have things wrapped up by – but not necessarily when Zoolock has fallen well behind.

Bunnyhoppor had the best chance of the day to use him for that purpose, instead electing to roll the dice with The Soularium and coming up trumps.

That play, in particular, led many to question the viability of bringing Rafaam to HCT Worlds in the first place but, for me, everyone is mistaking the poor quality of card utilisation for poor card quality.

Rafaam is supposed to turn a situation where you have a 20 per cent chance of winning into about 40 to 45 instead – nothing more. His sheer randomness isn’t ideal for the tournament scene, but I’d say the negativity he generated on one day’s play was harsh.

While the first day may have had enough talking points to suggest it’ll be smooth sailing from here, we’ve still got two massively off-meta picks in Roger’s (Luo Shengyuan) Control Paladin and A83650’s (Kacper Kwieciński) Midrange Shaman to come on Day 2.

Who knows what mind-bending plays will be in store for us this time?