Waratahs' fans to be tested at the new Bankwest Stadium tonight

In Sydney, rugby is predominately a North Shore and Eastern Suburbs sport, with fans loath to travel further than ANZ Stadium in Homebush, and even then bitterly complaining about the distance.

That being the case, how will Waratahs fans accept tonight’s clash with the Sharks even further west in Parramatta at the new, state-of-the-art Bankwest Stadium?

Will they vote with their feet for a new experience, or keep their feet on the lounge room floor at home and watch it on television?

It will be a culture test.

The Bankwest Stadium has a capacity of 30,000, so anything less than 20,000 will be rated a failure by the Waratahs and Super Rugby.

The Tahs’ last match was against the Rebels at the SCG – a top-of-the-table Australian conference clash that drew a paltry 10,114 to see the home side fall over the line 23-20. 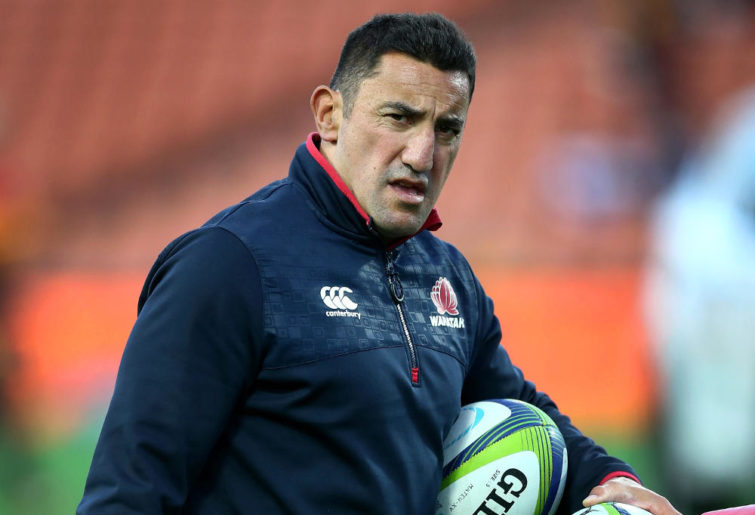 A week later, the Roosters and Dragons drew 38,414 at the same venue.

Sure, it was an Anzac Day clash, but the fan bases of both clubs are much bigger than NSW’s Super Rugby outfit, who disappoint far too often.

It’s another vital game tonight for the hot and cold Waratahs, still four points adrift of the conference-topping Rebels, who have a bye this round.

Daryl Gibson’s men have a game in hand, so this will be the perfect time to pounce and share the conference lead.

With Israel Folau still missing ahead of his code of conduct hearing on May 4, Gibson has made only two changes from the Rebels game, with Curtis Rona added to the wing and the return of loose-cannon hooker Tolu Latu from six weeks’ suspension for dangerous play.

Hopefully he has learned his lesson to behave, and during the enforced holiday, vastly improved his poor line-out feeding.

Among the backs, halfback Jake Gordon has again been preferred to Nick Phipps – and so he should be – to set the Wallaby-laden back line in motion.

Winger Cameron Clark will be the only Waratahs back on tonight’s team sheet who’s yet to wear the Wallabies jersey, but he was an integral member of the Australian Sevens side from 2012 to 2016, competing in both the Olympic and Commonwealth Games.

If there’s to be a question mark, it will be the Waratahs’ pack, with five of the eight yet to be selected for Wallabies duty.

This is how the Tahs will line up at Bankwest Stadium tonight.