What do you get if you cross a Williams with a manhole cover, a crane and a bridge?

I have predicted that the Azerbaijan Grand Prix will be chaotic and surprising.

Little did I know that just 12 minutes into Free Practice 1, something chaotic and surprising would happen.

George Russell was going about his normal business and had just started his first flying lap of the weekend when – while on the straight between the second and third turns – a loose manhole cover was sucked up and ripped apart the floor of his Williams.

Watch the moment Russell ran over a loose manhole cover, causing extensive damage to his car, with #AzerbaijanGP Practice One then being abandonedhttps://t.co/G5p8CLfXX3 pic.twitter.com/XZbmA4xYTf

The red flag was immediately brought out as stunned commentators tried to figure out what had caused this unusual incident.

Once it had been established that the culprit was a loose manhole cover, race director Michael Masi took the decision to abandon the session.

There are an estimated 300 manhole covers around the six-kilometre Baku street circuit and all of them had to be checked to make sure that such an incident wouldn’t happen again over the remainder of this weekend. 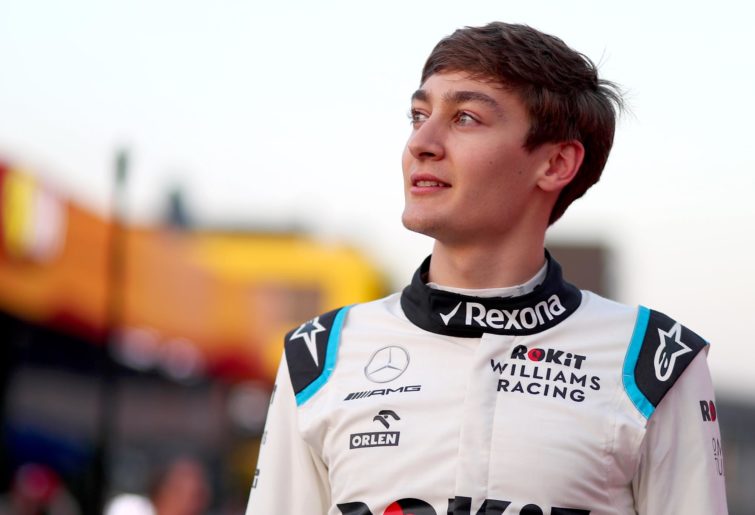 However, Williams’ woes were not over yet.

Russell’s car was craned onto a flatbed truck as is usual as part of any car recovery. What was not usual, though, is for the truck to crash into a bridge because the crane couldn’t fit under the bridges on the main straight.

To make matters worse, the crane then began to leak hydraulic fluid onto Russell’s car.

It sounds too crazy to be true, but trust me, I am not making any of this up!

The recovery truck that was bringing George Russell's Williams back to the pits collided with a bridge after a loose drain cover caused havoc in this morning's practice session in Baku: https://t.co/fISmlbI1D5 pic.twitter.com/rHYtRKzpFE

This is all very expensive for Williams, with costs estimated to amount to a six-figure sum.

“It’s done a huge amount of damage through no fault of our own and this is a lot of work and a lot of money to recover these costs,” she told the broadcaster. “Absolutely we’re looking into it [compensation].”

The only driver who benefited from this farce was Lewis Hamilton, who said he had “extra time to catch up on Game of Thrones.”

Practice 2 went ahead on time and without any problems.

Charles Leclerc was fastest with his team-mate Sebastian Vettel in second and the world championship leader Lewis Hamilton in third.

Practice 3 gets underway at 8pm AEST before qualifying begins at 11pm.