Du Toit grabbed Holloway’s jersey, illegally taking him out of the play, before Holloway, with his back to the Shark, swung his right arm to be released, only to cop du Toit on the chin with his elbow.

Du Toit took all of five seconds to register “I’d better milk this”, and gently sunk to the ground.

Australian referee Nic Berry red carded Holloway and yellow-carded du Toit in the 47th minute when exactly the opposite should have happened.

In effect, du Toit got off virtually scot-free as the one who illegally started the ruckus, and at worst Holloway should have been yellowed for retaliating.

But seeing his back was turned to du Toit at all times, Holloway should have been left alone in this play.

Five minutes later Waratah flanker Jack Dempsey had a brain explosion to up-end winger Sbusiso Nkosi in a dangerous tackle to earn a yellow, so the Waratahs were down to 13 men at 10-10 and their hopes of winning went out the door.

Not that they deserved to win at their debut Bankwest Stadium appearance, where only 10,605 bothered to turn up in a new 30,000 capacity state-of-the-art venue.

And to rub salt into the wounds, Bernard Foley crossed for a try in the 84th minute, the Waratahs only score in the second session to make it 23-15, needing the conversion to at least grab a bonus point for finishing within seven.

But Foley missed the simple conversion, so the Waratahs went pointless when a win would have joined the Rebels at the top of the Australian Conference.

In a word – pathetic.

There were three crystal clear shortcomings with the Waratahs.

They were so predictable and so one-dimensional, and they simply cannot kick positively to regain possession, either for touch or in general play.

Elementary, and all three should have been corrected by coach Daryl Gibson long ago.

So the Waratahs fly to South Africa today to play two games at altitude against the Bulls and the Lions.

Unless those failings are corrected in a hurry, winning at altitude ranks as almost impossible.

Yet last night’s stats gave every indication the Waratahs were in with a shout.

They enjoyed 57 per cent possession, and 61 per cent territory, had fewer turnovers with 14 to 19 and missed fewer tackles at 20 to 22.

And the reason for their victory was their positive attack that was far sharper and cleaner than the Waratahs.

But there were three positive moments for the men in blue.

The awesome front-on tackle by Waratahs winger Cameron Clark on Makazole Mapimpi that made everyone alert to save a try in the first half, the brilliant short side break by halfback Jake Gordon to link with winger Curtis Rona who transferred back inside to Gordon to touch down and the sole second-half try to Foley.

Not much to show for 80 minutes of rugby.

However, there were some notable milestones reached. 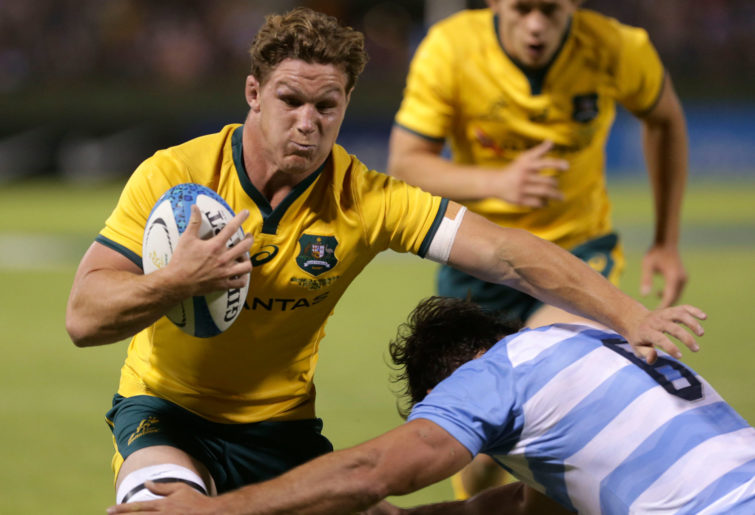 And Foley (1034) is just shy of Stirling Mortlock (1036) as Australia’s top Super Rugby points scorer of all time. Foley is already the Waratahs’ top points scorer ahead of Matt Burke’s 959.