The legendary Geelong figure who's suddenly back en vogue

In the last weekend of September 1989, Australia saw an outrageous footballing display.

In a losing team, Gary Ablett Sr showed why he is considered one of the greatest players in history.

Before the game, Ablett was listed to play on the half-forward flank for Geelong, where you would nowadays expect a player of his stature (185cm).

However, the opening bounce saw the champion blasting out of the goal-square, marking the ball, then going back and putting it through for a goal. He went on to kick nine goals against the Hawks, bringing the Cats within a whisker of a premiership – a solo feat unheard of in today’s AFL.

After a long period of having big, strong key forwards, such as Barry Hall and Tom Hawkins, the natural progression has led to the return of the ‘Gary Ablett Sr type’.

Ablett was impossible to matchup on. Putting him against a larger key defender was ludicrous, as he would run his opponent in circles and end up taking mark of the year on his shoulders. On the other hand, putting a smaller, faster defender on Ablett was also be disastrous, since he was strong enough to man-handle his opponent in a contest.

In all likelihood, Geelong would launch the ball to Ablett all day and he would finish with ten goals to his name.

The physical attributes required to play on Ablett were a medium-sized defender with good strength and speed, who competed well in the air. However, due to Ablett’s immensely advanced football IQ, even a perfectly fitted player had a tough time.

Nowadays, we are seeing the return of physically superior players leading out of the goal square.

In 2017, Patrick Dangerfield injured his left foot early in a game against Hawthorn, before returning at full-forward for the Cats. What occurred next seemed like a replay of the ’89 decider.

Dangerfield marked the ball superbly and was far too strong and athletic for an injury-riddled Hawthorn backline. The likes of James Frawley, Ryan Burton and James Sicily could not quell his influence. 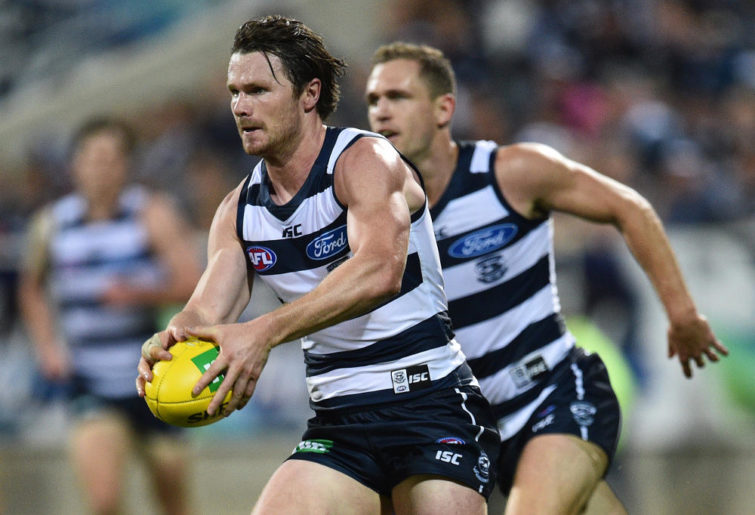 Throughout 2017, Richmond similarly moved Dustin Martin to the goal square to wreak havoc. Here, the Tigers selected a smaller forward line, so they could run-and-carry the ball quickly through the midfield and half-forward to give Martin a chance one-on-one.

This tactic was further emphasised by Collingwood during 2018. With the absence of a premier key forward and a combination of injuries and poor play from Darcy Moore, the Pies utilised Jordan de Goey and Jaidyn Stephenson in Ablett-like roles to boundless success. This technique was a major reason why they made it to the grand final.

The ‘loose man in defence’ technique has consistently been implemented by coaches to regain control of a game and has been a key reason why Ablett-like players have been ineffective in recent history.

However, the new rules that require a 6-6-6 formation have entirely removed the loose man in defence and are causing more one-one opportunities for medium-sized forwards.

Medium-sized, highly skilled players will also lead to changes in teams’ defensive structures and the stocks of some draftees.

Sydney’s Dane Rampe is presently the best player at stopping an Ablett-like footballer. He is perfectly sized (189cm) and has the athletic ability and football IQ to ensure he is not outplayed.

Likewise, Richmond’s Alex Rance has the skillset to compete strongly against players such as Dangerfield and de Goey. Although Rance is bigger than expected (194cm), his elite closing speed makes him ideal for the position.

The next offseason may have a specific emphasis on smart footballers who can be moulded to play one-on-one. Many clubs will be looking to acquire this type of player, whether that is through the draft or in an upcoming trade period. 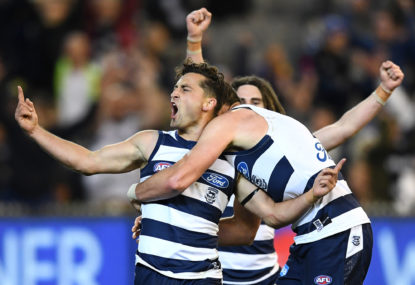