Live by the sword, die by the sword: the final match of the HCT World Championship showed us the best and worst of Hearthstone in one, neat, little RNG-shaped package.

It’s a tale as old as time as far as Hearthstone is concerned. ‘There’s too much RNG in the game’ has been a complaint since day one and it has never really gone away.

What started with Arcane Missiles and Knife Juggler continued this past weekend with Arch-Villain Rafaam and it was… kind of awesome.

The final game of the final match of HCT was essentially Hearthstone in a nutshell. One of the most contentious cards in the game (is it good? It is it unplayable?) created an absolutely absurd spectacle that fans of the wackier design philosophies must have loved. You don’t really get moments like double Azalina in other competitive games.

It wasn’t just a hilarious show of randomness and fortune, though. Viper rolled the dice, yes, and they came up pretty nicely for him, but he still lost.

Hunterace, in the most important game of his life, under the most pressure he had probably ever felt, navigated the unpredictable waters with aplomb.

He deserves all the plaudits coming his way, but there are those who will point to the bizarre series of events and say “RNG LOL”. 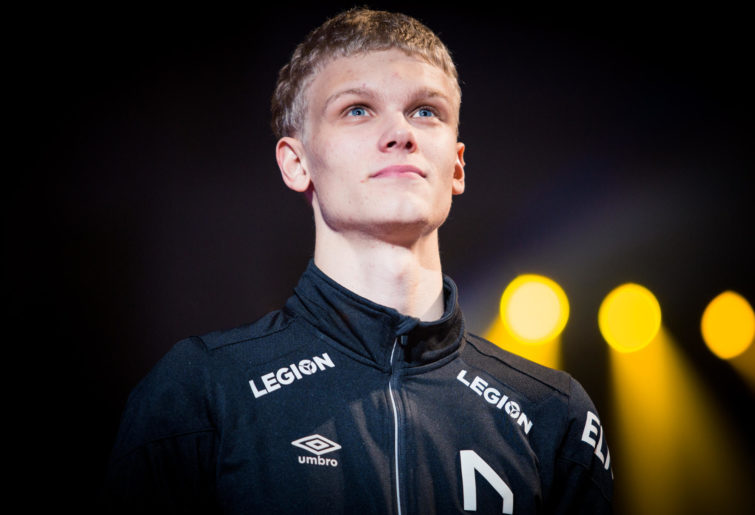 This is not Pavel’s Babbling Book turning a 0-3 deficit on its head, however. This is RNG being overcome by strong play and a deeply impressive ability to adapt to unique circumstances. After all, I’m sure Hunterace has played against Rafaam on ladder but playing optimally on ladder is a different prospect to playing optimally in the grand final of HCT.

Even then, what are the odds that he has played against double Azalina from a zoo player? There are over 100 legendary minions in standard. Getting two of the same with just 19 opportunities (17 in deck, two in hand) is extremely unlikely.

But Azalina herself, powerful and frustrating to play against though she was in the previous standard, has a big element of randomness attached to her. The hand Viper got from the first Azalina was okay but not great. It had a lot of anti-aggro tools in it, which are not particularly helpful against an opponent’s control deck.

The RNG balanced out over what turned out to be a long game. Griftah was pretty poor off Rafaam, and Catrina Muetre, despite living for two turns, resurrected a 1-3 and a 0-1.

For every spectacular Vargoth-Lightning Storm turn, there was an MC Tech from Hunterace stealing the strongest minion on-board.

Yeah, MC Tech, that totally reasonable and consistent card, as if this particular game needed more randomness. As the casters so eloquently put it at the time, it was like a pair of boxers in a Rocky movie throwing haymakers at every juncture.

Oh, watching back over the VOD just now I realised I had forgotten about Viper getting Kalecgos off Rafaam and playing a zero-mana Demonbolt to keep himself alive in the face of otherwise certain death. Absolute madness.

In case it’s not clear by now, the final game was completely unreasonable. As a spectacle it was truly something to behold. As an indictment of the long-term health of a competitive game, though? Well, I’m actually not sure.

See, the thing is, Hearthstone has suffered at times with too much randomness, but at a competitive level, standout moments like Hunterace overcoming seemingly infinite legendaries and the aforementioned Paveling Book only stand out because they are not the norm. That’s kind of how standing out works.

At a competitive level, players gain an edge by minimising randomness or trying to utilise it only when it’s advantageous. As an example, think about Hunterace’s deck in the final game. Both Hagathas, on a surface level, appear to be almost as random Rafaam, but the number of Shaman spells available is much lower than the number of legendary minions in standard. Neither Hagatha is guaranteed to give you something good, but they are more likely to give you what you want at any given time.

I mentioned earlier that this kind of clown fiesta was a fitting end to a Hearthstone tournament but it’s also fitting that the player who didn’t play turn seven Arch-Madlad Rafaam emerged victorious.

Could Hearthstone benefit from a reduction in random effects? Absolutely. Does that fact diminish the achievements of Hunterace and previous champions? Not really, no.