Hope Corrigan
Expert
1st May, 2019
0
Join the conversation
Advertisement
Write for The Roar

Starting this Friday, IEM Sydney will see some of Australia’s biggest esports stars take to the stage to compete for cold, hard cash.

If you’re into esports and you’re in Sydney, you’d best make your way down to the Quodos Bank Arena to check out some of the games.

Overwatch Contenders and Counter-Strike: Global Offensive will have big games during the time and even opportunities to talk to players in signing sessions during the event.

We got lucky and managed to talk to CS:GO star Tuck (Tyler Reilly) from Chiefs ahead of the competition about esports in Australia, the IEM competition and what makes Counter-Strike such a popular esport.

Esports really seems to be ramping up in Australia with new competitions and a lot more live crowd based finals. What do you think is the biggest factor in the rise of esports in Australia?

Do you find live events more satisfying to play or do they just add to the nerves?

Is there anything you or your team need to do to prepare for big games? Is this different for you with a live event?

No, it’s pretty much the same if we were playing at home online. We do put in a lot of work to prepare for other teams and making sure we’re up to scratch for everything we do. But it’s pretty much all the same in terms of preparation.

What are you most looking forward to about IEM Sydney?

Competing. I love competing. I want to compete in front of the crowd. I also love fan interactions. Like you see a lot of Australian fans for Counter-Strike and esports in general and it’s just a really nice time and very enjoyable to be around.

Which player or team are you most worried about going up against? Is there anyone you’re looking forward to facing?

What made you choose to work with Chiefs esports clubs as opposed to other teams you’ve worked with in the past?

I’ve been around in Chiefs for three years now so we just have a really strong working relationship. We’ve helped build each others’ brands. I don’t know, I love the brand, I love everything about it. They’re just very enjoyable to work with, that’s about it.

CS:GO is a pretty old game as far as things go. What do you think has lead to its continued success as an esport?

The simplicity of the game is the biggest reason it’s always growing and is as big as it is. It’s a very basic simple game to understand for a fan. Even people who’ve never watched esports can understand the very core basics of it and you can also – it’s quite highlight-worthy.

If someone had never watched or played the game before, how would you recommend they start?

I think watching CS:GO is an easy game to spectate. Far easier than any other esport I believe. I’d definitely tell them to start watching it before they start playing it so they can understand it a bit easier and understand the core basics. Playing it is much harder than watching it. 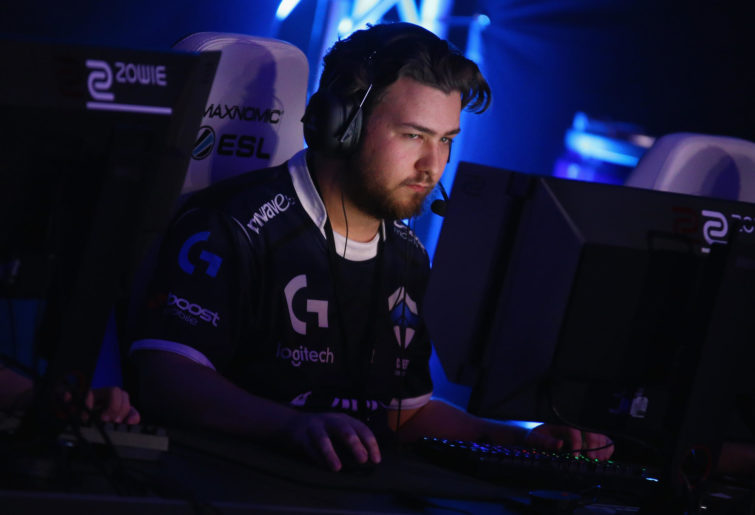 A lot of people love watching CS but don’t enjoy playing it as much because they find it extremely difficult. I would recommend everyone just start watching big events. Watch the big teams play and get a bit of motivation from that and then get into the game themselves.

In the span of your career, what would you change about the scene in Australia to help grow and improve the scene? Would it be better competitions, more exposure, prize money, training, et cetera?

Being able to get teams overseas a bit more often so we can practice against the best teams in the world. And putting strong development coaches into the teams to make sure they’re completely focused on the game. There’s just a bunch of different things mixed in together I think.