Can the finals help rekindle some interest in the A-League?

Mike Tuckerman
Expert
3rd May, 2019
37
Join the conversation
Advertisement
Write for The Roar

The A-League’s elimination finals have conjured two of the most intriguing match-ups imaginable, but the question is whether anyone will be watching.

The bean counters at Football Federation Australia probably preferred a Melbourne derby to kick off proceedings, however Wellington’s third trip to AAMI Park this season should be equally compelling.

They should have beaten Victory at the same venue in January when they overcame an early deficit and raced to a 3-1 lead inside half an hour.

It was none other than former Phoenix star and long-time Kiwi international Kosta Barbarouses who scored the equaliser in the 88th minute of that thriller.

James Troisi got on the scoresheet that night too, and how badly will he be missed in a sudden-death encounter that looms as a potential banana skin for the home side?

Troisi could be headed for the exit in the off-season and so too could Barbarouses, so will Victory have a genuine crack at signing Wellington striker Roy Krishna to fill the gap? 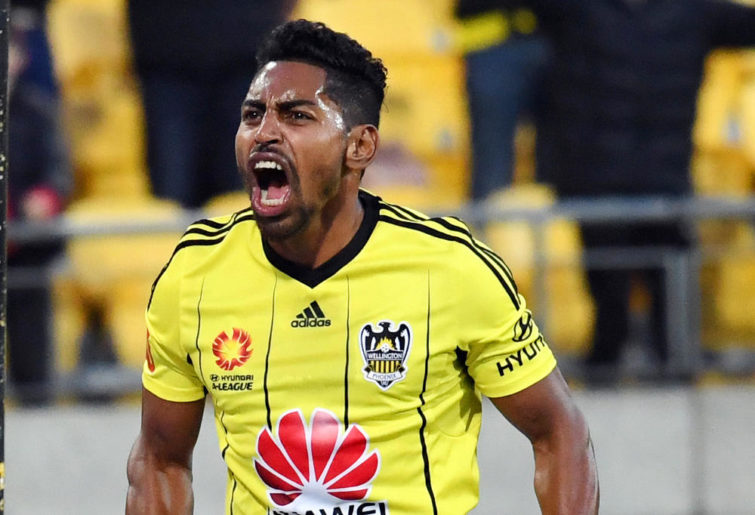 There are plenty of other subplots to this clash, such as the idea that Mark Rudan might have lulled Victory into a false sense of security by taking things easy in last week’s 5-0 thrashing by Perth Glory.

The Phoenix coach is off to Western United next season, so can he dump their soon-to-be local rivals out of the finals in the meantime?

The other clash, between Adelaide United and Melbourne City, seems just as enticing, even if it feels like these two clubs play each other all the time.

And with Adelaide’s resident football journo, Val Migliaccio, revealing that no less than 23 players had played for both clubs in the nine years’ of City’s existence, it’s no wonder this fixture has such an air of familiarity to it.

Is there a bigger contrast in the A-League than the clash of these two coaches?

Marco Kurz projects the aura of a man who might spontaneously combust at any moment, while Warren Joyce has all the personality of a paperweight.

But which one’s the better coach?

Kurz has his detractors – which perhaps explains why the Reds are happy to see the back of him – but his side has looked unbeatable ever since the club hierarchy revealed that his contract would not be renewed.

Ironically, City are the only team to have beaten their elimination finals opponent this season, after they downed the Reds 2-0 at Coopers Stadium just before Christmas.

They looked a million dollars in smashing the Central Coast Mariners 5-0 last weekend, but can they reprise that performance when it really counts?

Perhaps a more pertinent question is whether anyone still cares?

Last season’s elimination finals were poorly attended, so will this year be any different? And is anyone still watching on TV?

It can’t be overstated just how alarming some of this season’s broadcast figures have been.

And the idea that it’s somehow not a problem because fans have simply shifted to Kayo Sports or the My Football app on a mobile device is absurd.

No new investors are going to swoop in and insist they want to pay more than the current broadcast deal when few fans are tuning in.

Let’s hope tonight’s game is a cracker and heralds the start of the most exciting finals series to date.

Because the A-League needs it.

The competition needs to find a way to reconnect with fans again.

There’s nothing wrong with the quality, but you wouldn’t know that unless you’re watching.