Tottenham Hostpur went down 1-0 at home to Ajax in the first leg of the UEFA Champions League semi-final.

Donny van de Beek scored in the 15th minute to give the guests the advantage going into the second leg in Amsterdam.

It was a frustrating game for all Spurs fans like me, but here are four ways Tottenham can overturn the 1-0 deficit and go through to the Champions League final.

1. Don’t forget about Bournemouth
One of the big reasons why Spurs lost the first leg was the lazy match against West Ham.

You could see the Hammers wanted the win way more than Tottenham. Spurs had 63 per cent of possession, but West Ham had two more shots and three more on target.

West Ham also committed five more fouls. This style of play made it very clear that Tottenham were happy to settle for a draw and focus on next week. I’m happy we lost because we definitely learnt a few lessons.

Saturday’s game against Bournemouth may be a preview of the semi-final.

In Bournemouth’s last match against Southampton, they had 56 per cent possession, but 13 less shots. They also started with five at the back.

I wouldn’t be surprised if Bournemouth does something similar to try and fork out a draw, which is probably what Ajax will do. It would be the perfect practice match for the Lilywhites.

When you have two of your best attackers out, I don’t see why you’d have six attackers with two strikers.

Pochettino decided to start Danny Rose – who is generally a left back – at attacking midfield. The coach was able to rectify this by putting Rose back in his normal position after Ajax went 1-0 up.

Pochettino cannot make the same mistakes, and must go back to basics.

Start off by putting the players back into the positions they are used to playing in. Put Danny Rose back into left back, and Dele Alli into attacking midfield. 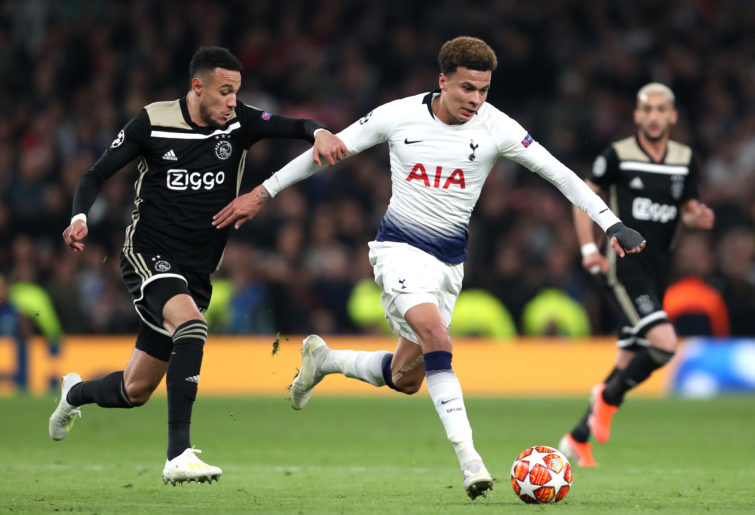 Go back to the 4-1-2-1-2 formation that Spurs used in the second leg against Manchester City in the quarter-final. That way, pacey pair Lucas Moura and Son Heung-min can play up front with Christian Eriksen doing the playmaking.

Also, Danny Rose and Kieran Trippier can go back into standard fullback roles, and Moussa Sissoko can start in midfield along with Dele Alli.

3. Go all out early
Mirroring the second leg of the Manchester City match may be the best way to go.

They’ve got the formation, now they need the game plan. Because Ajax has a younger side than Spurs and also more stamina, Tottenham must go hard early when everyone is fresh.

In the game against Manchester City, Spurs scored two goals within the first ten minutes – so if something similar happens, it’s really up to the defence.

When the young boys of Ajax are starting to push on towards the end of the game, Tottenham’s experienced defence could power them home in the end.

4. Don’t make the same mistake
The last two Champions League ties Ajax have played, Real Madrid and Juventus have allowed the Dutchmen to play the way they want to play.

This is a mistake that Spurs can not make. And they won’t.

This may be where the advantage of losing the first leg is.

Real Madrid and Juventus played very well in the first leg of their ties with Ajax, so they thought a similar effort would get them through.

They were wrong. Spurs know they need to be better.

With Son back in the team and some lessons learned, Tottenham will advance to the final.