The Israel Folau saga is a gift that keeps on giving.

Taniela Tupou has now weighed in on the matter, writing on social media “Might as well sack me and all the other Pacific Islands rugby players around the world because we have the same Christian beliefs.”

I am not sure where Tupou got the crown to represent all Melanesian and Polynesian players around the world, but it doesn’t add up.

As it stands, we at least know that Samu Kerevi subscribes to a form of Christianity that compelled him to like Folau’s controversial post.

However, Will Genia has stood against Folau.

Furthermore, even after Folau’s initial comments last year, All Black’s halfback TJ Perenara expressed grave concern for the consequences of what was posted.

So Tupou’s assertion that all the other Pacific Island rugby players around may as well be sacked for their Christian beliefs are clearly inaccurate.

Having a whole demographic – and one that adds so much to the rugby brand worldwide – openly support Folau and his need to broadcast his views on a global forum would have been disastrous.

However, even though there are those that do speak out against homophobia, I do worry without evidence that Pacific Island players do harbour the same viewpoint as Folau.

Being of Fijian heritage myself, I have never taken the opportunity to sit down with family and friends of the same heritage to explicitly determine where they sit on the judgment day question, heaven or hell for certain people?

Yet my limited exposure to Fijian society, heavily influenced by the Church (all forms) where the pews are full, leaves me apprehensive to what I am about to say.

Pacific Islanders, rugby players or not, in contrast to Tupou’s post, and their thoughts and beliefs as influenced by many forms of Christianity are nuanced and cannot be stereotyped into a single basket.

I for one, a Catholic, do not believe homosexuals will got to hell for their sexuality. I do think the Bible has anti-gay sentiment, but I also don’t think the Bible should be taken literally. If so, how can you reconcile conflicting statements such as “eye for an eye” and “turn the other cheek”.

That’s one for the theological scholars.

But it’s these complexities in Christianity, as well as the societies and cultures of all Pacific Island nations that I believe show Tupou’s assertion to be way off the mark.

So where does that leave us?

Is Tupou just a former teammate who believes Folau was hard done by? Does he feel that what has happened to Folau is an attack on Christian beliefs or Christianity and by extension the Pacific Island players? How many players within the Wallaby group is he speaking for, if any?

Answering those question each would warrant a single article in response. My gut feeling though is that this is a storm in teacup.

I think Tupou, with maybe a few other Wallabies like Kerevi, believes Folau has become a victim and feel the need to publicly show support. Unfortunately, it’s very likely they’ve unintentionally turned this into a race-religious issue. 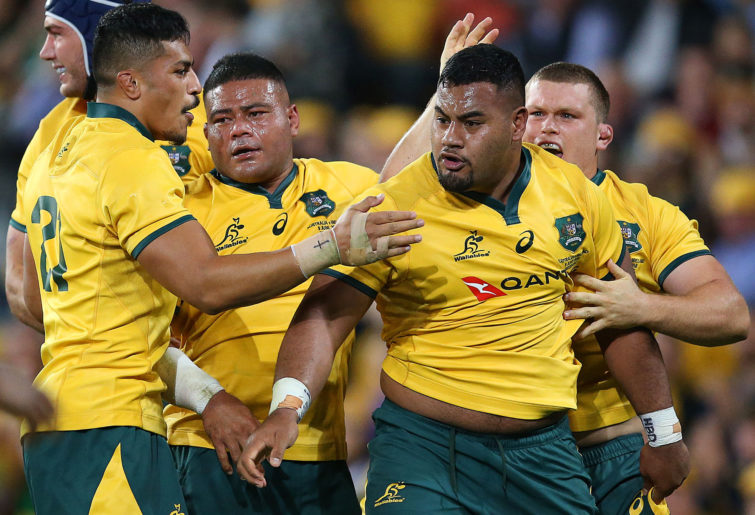 But just as nothing comes good out of saying something mean, so does Tupou’s stereotype. By supporting Folau, claiming incorrectly that all Pacific Islander players do so through their Christian belief, he has tried to show Folau’s comments come with a silent endorsement from Pacific Islanders worldwide.

So just as I asked Mr Folau to stop it, I ask you, Mr Tupou, to stop it too!