World Cup favourites England have lost three of their past six ODIs and were given a major scare by Ireland on Friday.

Make no mistake – this World Cup is wide open.

England and India undoubtedly deserve to be the top two contenders to win the World Cup, which starts in just over three weeks from now.

Both teams have been outstanding at home and away since the 2015 tournament, which Australia won with ease.

Yet neither of those teams are as dominant as that aforementioned Australian side that bulldozed its way to their fourth trophy out of the last five World Cups.

England have plenty of time to build momentum for the pointy end of the World Cup, but so far their preparations for that tournament have not gone well.

They have been disrupted by injury and off-field behaviour issues. England have had to omit accomplished opener Alex Hales from their World Cup squad after he was banned for recreational drug use.

While Hales very likely would not have made England’s starting XI due to the imposing opening combination that has been formed by Jason Roy and Jonny Bairstow, it is a blow to lose an experienced back-up batsman who has six ODI tons to his name.

Depth is crucial in a World Cup to be able to cover for injuries.

Ben Stokes – who has suffered a litany of injuries in recent years – recently missed several IPL matches due to fitness, while Roy has picked up two injuries just in the past month. First Roy suffered a hamstring complaint that has ruled him out of first-class cricket, sticking only to the white-ball versions, and most recently he hurt his back, missing Friday’s match against Ireland. 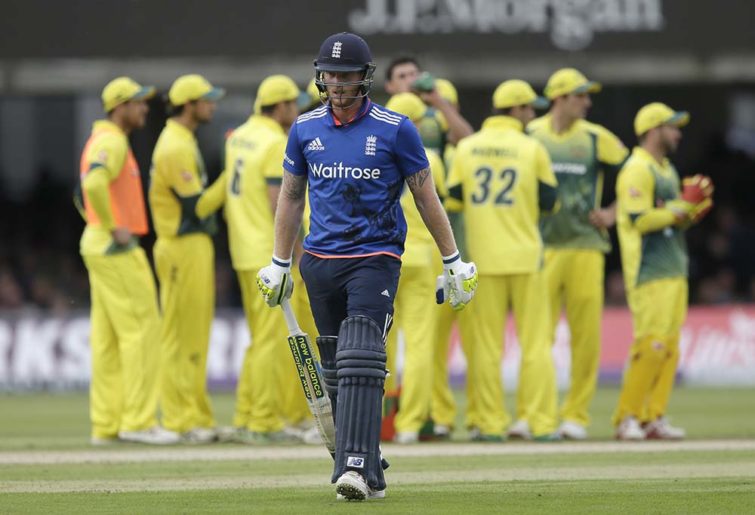 With Roy, Stokes, Hales, Bairstow and Jos Buttler all absent from that match, England’s batting depth was tested and found wanting in Dublin. England were reduced to 6/101 by Ireland before their lower order saved them from embarrassment.

Clearly that was a second-string England team, but even their full-strength ODI side could manage only a 2-2 draw against the struggling West Iindies in their most recent series.

Many English pundits and fans tried to downplay that result by painting the Windies as a good team who would be a major threat in the World Cup.

But with all due respect to the Caribbean side, the truth is they have not won a single ODI series in almost five years.

In that time, the Windies have an atrocious 9-31 win-loss record against the top five ranked ODI teams: England, India, SA, NZ and Australia.

Yet the West Indies managed to match the World Cup favourites just two months ago. While England have one of the most destructive batting lineups in ODI history, what makes them vulnerable is their ordinary bowling attack, which was exposed in the Caribbean.

A Windies team missing star hitter Andre Russell not only beat England twice in that series, but also piled up huge totals in their two losses, making 389 and 360 in those matches.

The fact England gave up such colossal totals against weak opposition highlights how reliant they are on their batting line-up to fire each and every game.

By comparison, the Australian teams that dominated the World Cup in the modern era were equally capable of winning big matches with either bat or ball.

If their batsmen had an off day, their bowlers could get them over the line, and vice versa.

This time around, India is the team that have the best balance in this regard. They have perhaps the best top three in ODI history – Rohit Sharma, Shikhar Dhawan and Virat Kohli – to go with the finest bowling attack in the world.

India remain my pick for the World Cup, narrowly ahead of hosts England.

But Australia recently exposed their weaknesses as they went 5-2 across their white-ball tour of India.

The downside of having an incredible top three is that the remainder of the batting line-up is often left with little work to do. Indian fans and pundits long have voiced concerns about the potential fragility of their batting unit when their top order misfires.

In their first ODI loss against Australia in that series, India were reduced to 3/27. In their next defeat, India’s middle order failed to fully capitalise on a great platform, leaving the door ajar for Australia. Then in the series decider India collapsed to 6/132 in pursuit of a middling Australian total of 272.

India are a very good side, that is not in question.

But they are not nearly as commanding as the Australian team that won the 2015 World Cup and neither are the current England side.

That’s why the likes of South Africa, New Zealand, Pakistan and Australia all should feel as if they have a good chance of pinching the 2019 World Cup.