I’m with Joey: Keep the love off the field

Generally I don’t hold much truck with the nostalgic rants of former players lamenting that the game was tougher and more skilful back in their day.

With developments in coaching and sport science the game is as skilful, fast and furious as it has ever been. I marvel at what these athletes are able to achieve each weekend.

What has disappeared from rugby league are the cheap shots, punching, all-in-brawls and the ‘Winfield cigarette ladies’ at the grounds. There is no desire to revive these relics in 2019.

Rugby league ‘Immortal’ Andrew Johns said something recently that struck a chord with me. It’s an issue that has irked me for a few years now.

In response to the increasingly common vision of players laughing and joking with opposition team members, the former Newcastle Knights halfback had this to say:

“I see players before the game shaking hands, laughing and joking. Hang on – you’re going out there to bash each other.

“I can remember when I was playing, myself and Brad Fittler are really close. I never talked to him during the year. If I’d see him at a game, at the toss of the coin, I’d say ‘good luck’ and that was it. There’d be no handshakes, no pats on the backside.

“There’s too much love in the game, there’s got to be more hate.”

It would be easy to shake this off as another dinosaur ‘the game’s gone soft’ category comment but there is a reason why this is significant. My particular beef is with what occurs at the end of matches. 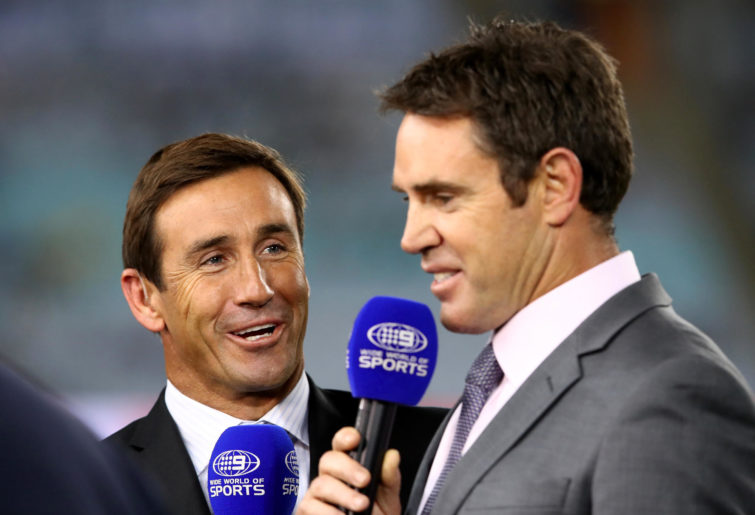 As dedicated fans our weekly moods rely on how our team fares. It sometimes depends on the enormity of the loss.

We want to see players that represent the club that we invest time, money and emotion into, visibly hurt after a thrashing as much as we do.

It is perplexing and disrespectful to fans to see a player having a laugh with the opposition seconds after their side has suffered a thirty point loss due to a poor performance.

Johns was a player with exceptional skill and vision along with remarkable toughness. It was not uncommon to see him play the role of a seventh forward, pile driving opposition props into the turf when necessary.

Here is a man who played in an NRL grand final after suffering three broken ribs and a punctured lung a fortnight earlier. He had a tremendous will to win but it is what happens in the modern game immediately before and after the battle that has him concerned.

Some time ago there was a shift in junior sport to focus on participation and enjoyment rather than just winning. It makes sense, if community clubs are going to maintain numbers, in what is a competitive market to capture the leisure time of participants, then they need to offer an inclusive and pleasurable environment.

A win at all costs approach to selections and game plans is only ever going to benefit a minority of players.

The NRL is a different beast however. We are talking about athletes that are paid handsomely by clubs, and ultimately the sponsors and fans, to go out and give their best and do whatever is necessary to win games within the rules.

There is no doubt that that within the 80 minutes (or a bit more in the event of a Golden Point situation) NRL players are totally committed to a positive outcome. It is what comes literally seconds after the final whistle that has fans of losing sides demonstrating their anger on social media. 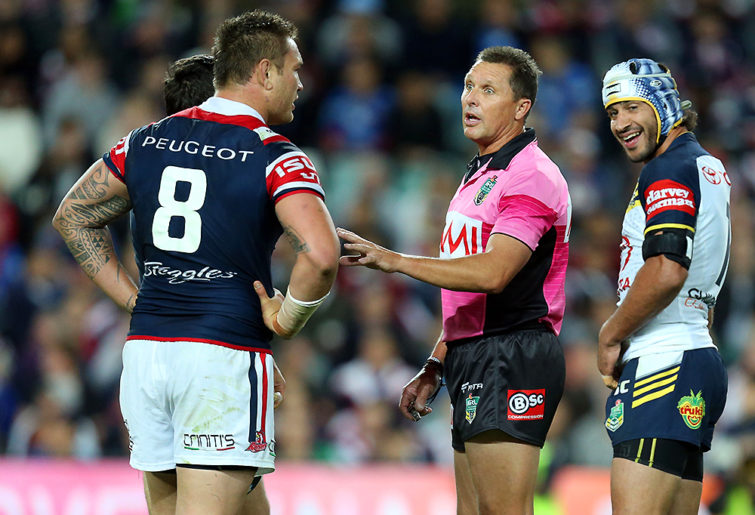 There are no rules to stop players having a laugh with the opposition after a game. It will always be an individual decision but surely it’s not a great message to the supporters that have come out to back their team.

Progress in sports psychology is such that athletes learn to switch on when they are performing and just as quickly switch off when the intensity is not required. Surely there should be an hours grace before the laughter and back slaps commence after a big loss.

From the moment we start in team sports we are taught to respect our opposition and be gracious in defeat. Shaking hands and saying ‘congratulations” or ‘well played” is an essential part of the game that should never change.

NRL players are more mobile than ever and have to seek opportunities wherever they lie. Junior development systems start for players in their early teens. It is a given that there will be close friendships across the competition. The days of local juniors dominating teams and one-club veterans have almost disappeared.

As more money is available, there is a danger that fans will feel less engaged and players may be perceived as ‘only in it for the money.’

Experience tells me that for the most players love their club and will do anything for a win. They are highly competitive individuals.

Just give the fans an hour or two to absorb a loss before the frivolity starts.