Stirling Coates
Editor
6th May, 2019
0
Join the conversation
Advertisement
Write for The Roar

This weekend saw one of the most dominant empires in Australian sports – yes, all sports – toppled.

The three-time championship reign of the Sydney Drop Bears came to a stunning end as Order walked off the IEM Sydney stage 4-1 winners and $20,000 (USD) richer in one of the all-time great esports finals.

To understand just how momentous the occasion was, you need to get right back to the beginning of Overwatch Contenders Australia.

The Contenders ecosystem is a collection of leagues around the world where up-and-coming Overwatch players compete for prizemoney and, crucially, the opportunity to get scouted by Overwatch League teams.

It’s early days, but already Contenders is giving traditional sports a lesson when it comes to cultivating not only the second tier of talent, but talent from non-traditional markets – including Australia.

The second season of Overwatch League has been dominated by players plucked from the previous year’s Contenders seasons too. The undefeated Vancouver Titans are made up entirely of players from 2018 Korean powerhouse Runaways.

The system works, mostly, but some of our Australian players have bemoaned it isn’t quite the golden path in our country as it is for other reasons.

Both of them bemoaned the fact that Australian Contenders success didn’t necessarily count for anything, given the depth of talent overseas (and, subsequently, the quality of competition) was vastly superior.

Rome wasn’t built in a day but, if this past weekend’s finals at IEM Sydney are anything to go by, that could all be about to change.

Backtracking to last year, the first three seasons of Contenders certainly made it hard to refute Akraken and Jordation’s point. The quality of play was no doubt high, but one name rose above the others time and time again.

The green and gold racked up all three Contenders titles last year, absolutely brushing aside their opponents in the process. Across the latter two seasons, they were undefeated in matches and dropped just three maps across two whole seasons.

Did that dominance earn them prize money? You bet. Did it raise the team’s profile within the Australian esports scene? Absolutely.

Did it send any players to the big leagues? Not exactly.

Apart from a solid challenger here or there, the Drop Bears really had it their own way for almost all of 2018. As much as you have to respect the winning culture and legacy of a team to do that so consistently, it admittedly makes it quite difficult for scouts to get a read on just how good our esports athletes are.

This year, however, saw two contenders emerge to turn Season 1 into a three-horse race. 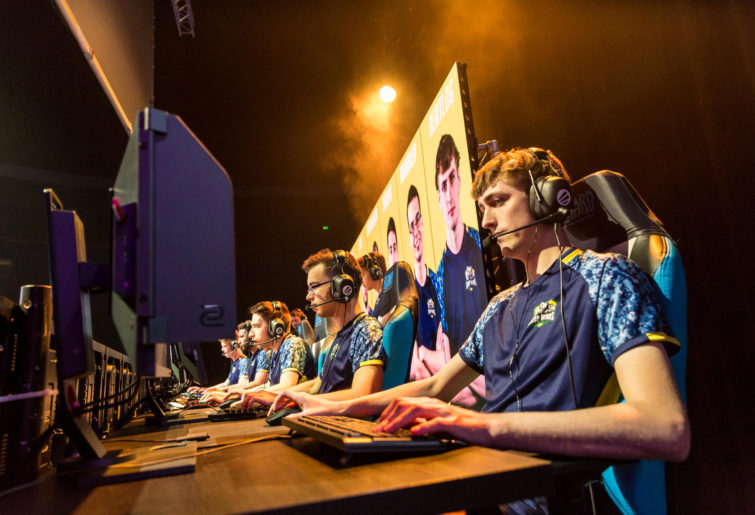 Order was the first. They’d hung around over the latter two seasons last year but, when push came to shove, found themselves staring at the gulf of class between themselves and the champions.

Blank Esports was the other, more surprising, challenger. They had pedigree – most of Australia’s 2017 World Cup roster came off their list – but had fallen off the radar until recently.

Even other sides like the Melbourne Mavericks and Mindfreak were proving no pushovers.

All of a sudden, matches meant more. Over the course of the short season, you could feel the gap between the top sides shrinking. The Drop Bears dropped maps, before finally dropping a regular season match to Blank 3-1.

When all was said and done, Sydney, Order and Blank were all level on 6-1. Blank’s map record of 19-10 moved them to third, but the former two sides were inseparable on 23-5, with the Drop Bears’ victory over Order previously all that separated first from second.

That brought us to IEM Sydney.

The Intel Extreme Masters – an esports invitational – has gained global notoriety in previous years for the shenanigans of Australian Counter-Strike fans making the viewing experience totally different to what overseas audiences are used to.

Sports fans might scoff at the idea of esports fans being anything like them, but you can bet there were shoeys, beach balls and a bevy of chants with questionable lyrics all taking place in the Qudos Bank Arena stands. 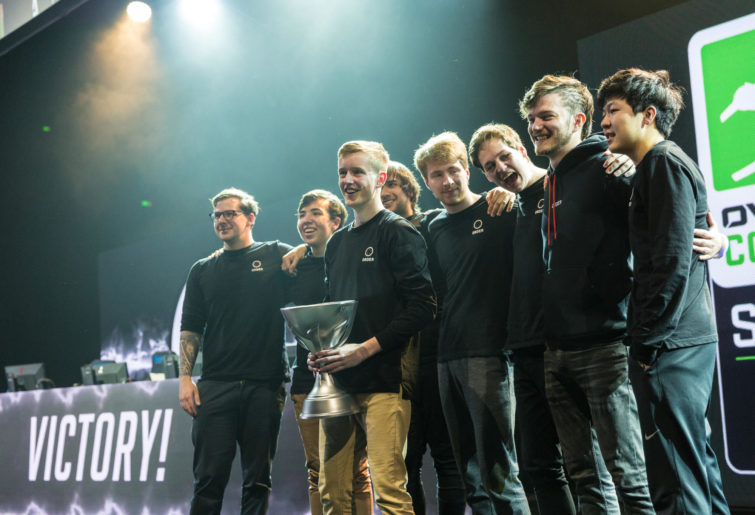 On the other side of the stage, the most competitive Australian Contenders finals were taking place.

You’re far better off watching the match highlights to get blow-by-blow analysis, but I can tell you it wasn’t the cakewalk we’d come to expect from previous seasons.

The Drop Bears, gifted the ‘easier’ semi against the 4-3 Melbourne Mavericks found themselves having to scrap from behind to see off their plucky rivals. The more closely-contested second semi actually saw Order brush Blank aside.

It was the decider, of course, where history took place, with Order playing unbelievably in the first two maps and never looking back on route to a dominant 4-1 upset win over the team that had tormented everyone for so long.

What’s really exciting about Order’s history-making win on Sunday is not that we’ll have a new name scribbled on the trophy this time, it’s that Australian Contenders now has legitimate competitive depth.

Australian players have already proved they’ve got what it takes to match it with the world’s best. We’ve got a renowned healer in the Overwatch League. We’ve got two of the brightest stars in the academy system. We’ve massively overperformed at both World Cups.

The missing link has always been a domestic competition strong enough to foster the next wave of talent coming through.

How Order fare at the Pacific Showdown – where they’ll face off against top teams from China, Korea and the rest of Asia – will be very interesting, but these ecosystem improvements are no substitute for better quality of play. Finally, it looks as if we’re starting to get that more consistently.

The rising tide raises all ships and, as Overwatch League has shown us, that tide can rise at exponential rates.