Why does Australia struggle at sevens?

Australia is far superior to any other country in rugby league.

Eleven World Cup titles, the most competitive professional domestic league in the world, and a vast array of amateur, semi-professional and professional clubs to play for.

Needless to say, we don’t lack quality in the rugby league department.

Following from that, we have the other rugby: rugby union.

While we may have pride in league and union, sevens is a more disappointing facet of Australia’s rugby make-up.

In the 2017-18 World Rugby Sevens Series, Australia had a fourth-placed finish behind South Africa, Fiji and New Zealand. We finished with a total of 123 points, one point above England.

There were many things to be proud of during that season.

In the 2018-19 season, Australia sits in seventh position, above Argentina by only one point and below Samoa by seven with two legs left to play.

Australia’s best performance this season was in the first leg of the tournament in Dubai. There, Australia scored 15 points, placing fourth after a one-point loss to England.

So far, Australia is averaging ten points a leg, whereas teams like the United States, New Zealand and South Africa are averaging 15 points or higher. Way above Australia’s level.

This is one of the poorest performance in recent history for the Australian men’s team. Likewise, the Aussie women’s side are also playing poorly.

With the 2020 Olympic Games on the horizon, is there cause for concern? 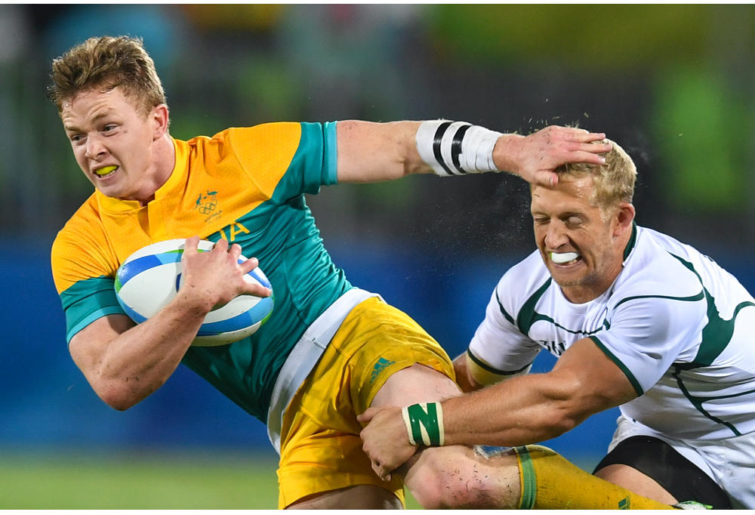 Right now, it is almost mathematically impossible for Australia to finish any higher than fifth, given their current form.

This means that they don’t qualify automatically for the Olympics, forcing them to qualify via the Oceania sevens tournament.

With the current form of Samoa, Australia’s hopes of qualifying for the event are becoming more bleak. If Australia fail to win this tournament, they would have to compete in a final tournament qualification phase.

This will most likely include playing against teams on the fringe of the sevens series tournament: Spain, Chile, Tonga, Ireland and Hong Kong.

With Australia’s form, more competitiveness among lower ranked sevens nations and a speculative hypothetical situation, Australia – if not focused – could be defeated in the final qualifying event in 2020.

It will be an interesting 18 months to come for Australia and sevens rugby.