Tonight's A-League semi-final should be a celebration of Perth

No disrespect to Adelaide United, but the best possible outcome for the A-League is for Perth Glory to win tonight and regenerate some interest in the competition.

A crowd of upwards of 60,000 descending on Optus Stadium for the A-League grand final next weekend sounds alright to me.

And Glory will go close to filling the new venue for a one-off decider, despite a few sceptics in the Western Australian media believing otherwise.

This is a success-starved, football-loving city that twice filled the old Subiaco Oval for National Soccer League grand finals.

And if you don’t like the thought of Perth Glory playing a showpiece event at a cricket ground, you can always buy a ticket to tonight’s showdown at HBF Park.

Or if you’re like a sizeable section of supporters online, you can simply continue to nitpick every single aspect of the A-League from behind the safety of your computer.

Hey, it works for me!

But at some point we surely have to realise that a growing league like ours is never going to be perfect and actually celebrate the competition for what it is.

That’s precisely what tens of thousands of Perth-based sports fans will do next weekend should Glory host the decider, whether they’re rusted-on football fans or not.

And Perth hosting the grand final would undoubtedly be a good news story in a league that is desperately crying out for one. 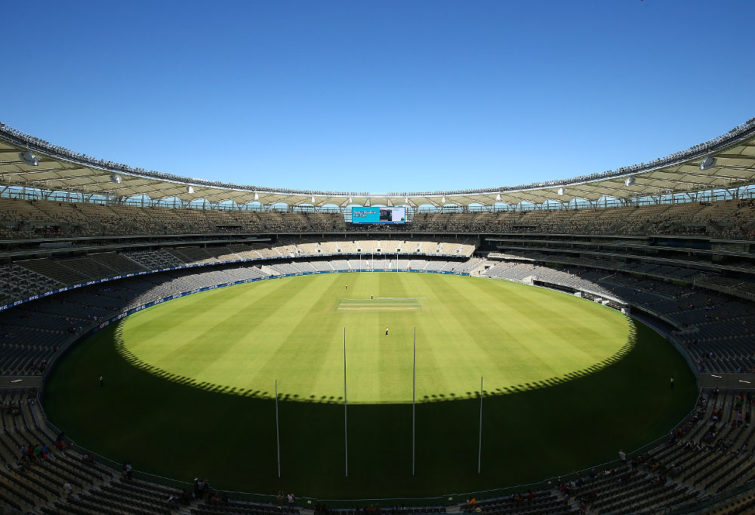 It would also remind certain elements on the east coast that the A-League exists outside their own little bubble.

Surprisingly, they always seem incredulous that fans in cities like Perth and Adelaide aren’t especially enthusiastic about whatever move they’ve just made to benefit football in Sydney and Melbourne.

If Glory fans don’t already have a chip on their shoulders about the way their club has been largely ignored during the A-League era, they probably should.

And if their ‘west versus the rest’ mentality helps get them over the line against the Reds tonight, so be it.

That’s not to suggest Adelaide United don’t also deserve to win through to the big dance.

Marco Kurz steering his side through to the grand final despite being informed his services will no longer be required next season would be one of the sport stories of the year.

But the Reds were crowned champions in 2016 – that was the grand final that attracted more than 50,000 fans to Adelaide Oval instead of the 15,000 or so that Coopers Stadium can hold – whereas Glory fans have been waiting for years to see their team win anything of note.

They won the last ever NSL title at a rain-soaked Parramatta Stadium, but it was slim pickings until they finally lifted the premiers plate this season.

An A-League grand final in the west is one of the final frontiers for the competition and should hopefully generate some media buzz around the game.

And as we saw from the reaction in Australia to this week’s incredible UEFA Champions League semi-final second legs, plenty of Aussies are more than familiar with the sport itself.

Football at its best remains the world’s most exhilarating sport and that’s something a packed A-League grand final can showcase.

Whether that means Sydney FC or Melbourne Victory win through to the decider is largely immaterial, although Sydney hosting Adelaide at ANZ Stadium in Homebush next weekend would just about be the worst possible outcome for the league.

But that’s not really a concern for now. Tonight should be all about Perth Glory.

They’ve been the best team all season and they’re only one step away from the promised land. Here’s hoping they take it.