The greatest Test match fast bowlers over the last 50 years

Fast bowling is a thing of beauty.

The late West Indian pacer could do everything with the ball. He could move it both ways. He had every delivery that is available in a pace bowler’s repertoire.

He was one of the many gifted fast bowlers to come out of the Caribbean during the Windies’ era of dominance from 1975 to the mid-1990s.

Marshall has the best average for bowlers with over 200 wickets, averaging less than 25 against every nation he played and in each country he visited during his career. 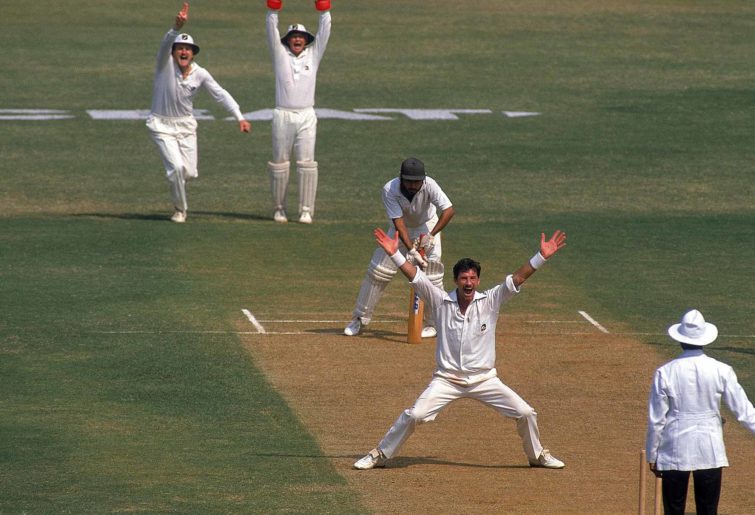 Initially an express pace bowler, Hadlee resorted to line and length with variations to get wickets. The strategy worked and he ended up with a marvellous record.

Hadlee averaged less than 29 against every Test-playing nation and he averaged lower away from home than in New Zealand.

He has the best bowling average in Test wins at an astonishing 13.06, taking 41 per cent of his team’s wickets in those triumphs.

The 200-centimetre giant from Antigua was a nightmare for batsman during his career.

Ambrose wanted to be a basketball player but decided to change his career path at the age of 17 on the advice of his mother.

Ambrose was one of a legion of great West Indian bowlers that dominated cricket during the ’80s and early 1990s.

He has the best bowling average against England, with 164 wickets at 18.79.

Ambrose formed the most successful bowling pair in Tests with fellow West Indian great Courtney Walsh. Walsh and Ambrose played 95 Tests together, picking up a staggering 762 wickets at 22.26 as a pair.

The tall and lanky pacer from Dubbo relied heavily on the strategy of accuracy with subtle variations to reap rewards at the highest level.

The man nicknamed Pigeon troubled batsman from all over the world – even great players like Sachin Tendulkar and Brian Lara had their fair share of troubles in negotiating the great Aussie fast bowler.

McGrath has an astonishing record at Lords, playing three Tests, picking up 26 wickets at an average of 11.

He became the first bowler to play 100 Tests for Australia and he has the second best figures for his country, with 8/24 against Pakistan in 2004 at the WACA.

He played 30 Tests against England and won 22 of them, taking 10 five-fors against the arch-rivals.

McGrath and Shane Warne have the best overall record as a bowling pair, with 1001 wickets from 101 Tests together.

Has there been a more lethal partnership than Lillee and Thommo? (Photo by PA Images via Getty Images)

Despite suffering from stress fractures that kept him out of the game for a long period of time, Lillee accumulated a great record. He did struggle in Asia and the West Indies, but he only played a few games in those regions.

He has the record of the most ten-wicket hauls in Ashes history along with three other bowlers, as well as 11 five-fors, second only to Sid Barnes.

In the 29 Test matches he played against the English, Lillee picked up 167 wickets at 21.

Akram could make the ball talk and was a fine exponent of reverse swing.

He is one of four bowlers to claim two Test hat tricks, achieving the feat by claiming back-to-back hat tricks against Sri Lanka in consecutive games. He also has the third most number of man-of-the-match awards with 17.

Akram formed a lethal fast-bowling partnership with Waqar Younis, taking 555 wickets from the 107 Tests they played together.