Waratahs pinged off the park by referee Egon Seconds

Captain Warren Whiteley best summed up how his Lions beat the Waratahs 29-28 at Ellis Park overnight.

‘We got some crucial penalties today”.

The majority of Egon Seconds’ massive 10-2 penalty count against the Waratahs were crucial to the point five of them were within throwing distance of easy three-pointers, but the Lions kicked for touch instead seeking seven points.

Even the Lions blinked at some of Seconds’ decisions, so the less we see of him in the future the better.

The worst was in the shadow of full-time with Seconds penalising the Waratahs on their feed for illegal scrummaging.

Why would the Waratahs be so stupid as to scrummage illegally five metres from their try line, with no time to go the length of the field to score a try or drop a field goal?

The Waratahs had fought manfully over the 80 minutes despite just 38 per cent possession and 38 per cent territory in the rarified air of Ellis Park.

Sure they missed 26 tackles and made a dozen turnovers, but when they were under such extreme pressure for so long so often, those stats can be explained to a certain extent.

But it was the frustrating sixth time in 11 starts this Super Rugby season the Waratahs have lost by seven or fewer points for a bonus point.

In the opening week, it was against the Hurricanes losing 19-20 in Sydney.

Then it was week five against the Brumbies 13-19 in Canberra.

Week seven saw the Waratahs lose 29-31 against the Sunwolves in Newcastle.

Then 29-32 against the Blues at Eden Park in week eight.

And the two-game South African safari with a 21-28 loss to the Bulls at Loftus Versfeld last week and last night’s 28-29 loss.

But the Waratahs were frustrating to themselves as well, this scene has been played many times before. 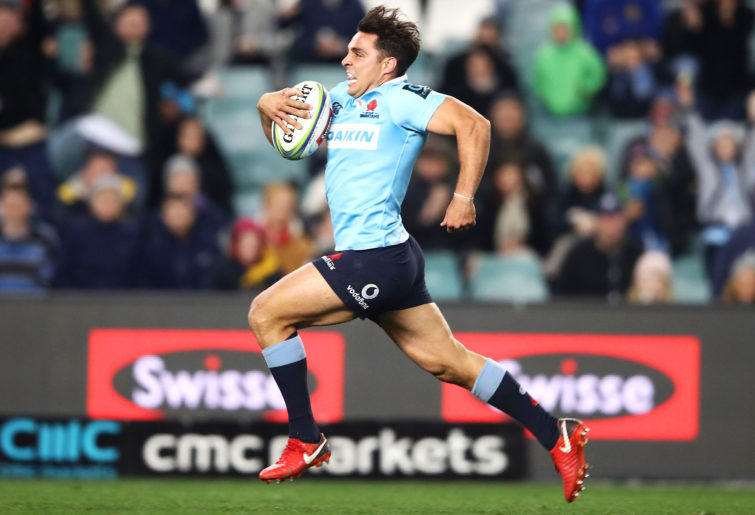 He quickly cleared a ruck that set up winger Cam Clark to break through and as he was going to ground he slipped a pass to Phipps looming up inside in support that resulted in a try in the fourth minute.

Seven minutes later the bloody awful side of Phipps threw an intercept pass to Lions hooker Malcolm Marx that resulted in Aphiwe Dyanti scoring for 7-all.

Bernard Foley sent Michael Hooper racing to the tryline to score, but five minutes later the Waratahs let Stephan Lewies in for a try to
square it away again.

And for a third time to prove it, Rob Simmons scored for the Waratahs, and six minutes later Kwagga Smith crossed for the Lions on Waratah mistakes, leaving the Waratahs with a hard-earned, but given away, lead of 21-19.

A Courtnall Skosan try gave the Lions the lead for the first time in the 43rd minute, before the hard-working Waratah lock Tom Staniforth’s first Super Rugby try gave the visitors a sniff.

Had Bernard Foley landed a 45-metre drop goal attempt in the 71st minute some justice would have been done, but he missed to the right.

So another game went begging for the Waratahs as they find themselves in fourth place in the Australian Conference, seven points adrift of the Rebels.

But a special mention to the growing anti-Kurtley Beale brigade on the Roar.

Not only did Beale try everything possible to light up the Waratah backline, but he brought off three huge front-on tackles when the Lions were looking very dangerous.

He’s far more at home at fullback, and while he made one clearance mistake by kicking out on the full just outside his quarter, he did make three clearances of over 50 metres to get the Waratahs back on the attack.

Beale was one of the Waratahs’ best last night, along with Foley, Michael Hooper, Sekope Kepu, Simmons, and Staniforth.

But just not good enough for that elusive W.