“Sorry, did you say your name was Bread?”

If you ever met someone and that was how the conversation unfolded your first thought would be ‘that dude is weird as hell’.

It’s just simply not the way a human person who has ever lived in the world would think to interact with someone.

Now imagine how bizarre it would be if 50 per cent of that person’s only job was to say people’s names correctly.

You wouldn’t read about it.

Yet here we are, because actual professional commentator Brian Taylor has bravely announced he’ll continue to mispronounce Essendon forward Orazio Fantasia’s name on his broadcasts – despite Fantasia himself clarifying in 2018 to Chris Judd that “I introduce myself as fanta-see-ah”, again on Nine’s The Sunday Footy Show earlier this season, and most recently his captain bringing it up again this week.

Just purely on a social or professional level, it’s either patently bizarre or breathtakingly arrogant that you’d refuse to say someone’s name even after they’ve told you how to say it.

It shouldn’t need an opinion piece to clarify it, the universal Rules Of Not Being A Weird Unit dictate that it is so.

And it’s not even hard to do! It’s not like the bloke’s saying ‘It’s spelled Fantasia, but it’s actually pronounced ‘Coolguy Von BigSchlong’, it’s just the literal phonetic pronunciation of his name.

Plus, he can still do that thing he does with his name – all the magic’s in the ‘Oraaaaaaazio’ anyway and it even gives you an extra syllable in the surname to lean into. 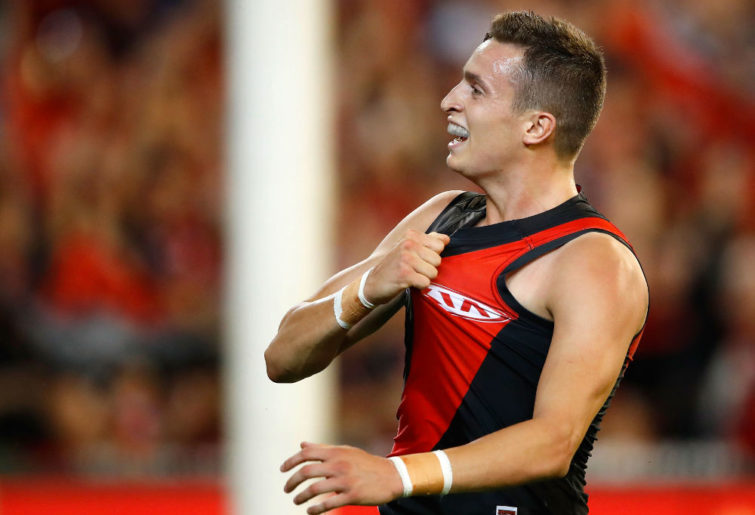 So what’s the go BT, even after he’s told you, why won’t you just say it properly?

“In Italy, it’s ‘Fanta-sia’. Guess where we live? Australia, and we call it ‘Fan-tay-sha’,” Taylor explains.

“We don’t pronounce Italian names in Australia in the full Italian way.”

“We pronounce it with the Australianism in it, and that’s how we’ll continue to do it.”

There’s a lot to unpack here, just in terms of pure facts it’s breathtakingly wrong at every turn.

1: We don’t call it ‘Fan-Tay-Sha’ in Australia, that’s just some weird thing you said before asking anyone! In fact, ask any muso and they’ll tell you in Australia we literally pronounce it ‘fanta-sia’. Contrary to what you might think BT, four 50-something white commentators who think ‘brang’ is a word are not the gatekeepers of Australian linguistics.

2: God knows what he means by ‘full Italian way’ (perhaps it involves riding a Vespa and declaring whether pizza pies are or aren’t ‘amore’) but historically we stay pretty true to the original. We don’t hit the hard g in Anthony LaPaglia or Natalie Imbruglia, we don’t call Albo Anthony Al-ban-eez, and christ, the football world’s even managed to nail Robert DiPierdomenico.

3. And I must’ve missed the memo but when did willfully mangling foreign surnames become such a sacred ‘Australianism’? Larrikinism, Egalitarianism and Mispronunciation – the true backbone of Australian culture.
But beyond all the cognitive dissonance lies something a touch more sinister about all of this.

It’s not that he struggles with names (that’s annoying but tolerable), but the ugly attitude that underpins his defiance.

“This is Australia… we pronounce it with the Australianism in it, and that’s how we’ll continue to do it.”

Read: “If you come to this country, we’ll decide what you’re called.”

It’s the same toxic mentality that sticks ‘love it or leave’ bumper stickers to the backs of custom-fitted Holdens and feeds the dangerous delusion that to be Australian is to be white.

And while it’s not a hate crime worthy of mass outrage or a well-aimed teen egging, it still matters – especially if you’re the voice of Australia’s most watched sport.

Because in life, like footy, the one-percenters make a difference.