Broncos out for revenge against Roosters this Friday night

Avatar
Roar Guru
13th May, 2019
34
Join the conversation
Advertisement
Write for The Roar

Early last month, the Sydney Roosters showed the Brisbane Broncos just who was boss in a 36-4 beatdown at the Sydney Cricket Ground in Round 4.

Led by centre Latrell Mitchell, dubbed the best player in the NRL at the moment, the reigning premiers exposed the gulf between themselves and the other contenders for the premiership with a ruthless display that made the rest of the competition take notice.

It is proof enough that the Roosters have only got better and better since their grand final win last year, and that they are seriously intent on defending their title, something that hasn’t been done in a quarter of a century.

It was the third win of an ongoing eight-match winning streak which they will take going into Friday night’s rematch against the Broncos at Suncorp Stadium, which will be the Chooks’ second consecutive match at the venue following Magic Round last week.

They had also been impressive in wins over the Sea Eagles, Eels, Sharks, Storm, Dragons and Wests Tigers, against whom Mitchell outscored the entire opposition side with three tries (including his 50th career try) and seven goals for a personal haul of 26 points, as opposed to the 12 the Tigers managed for the whole match. 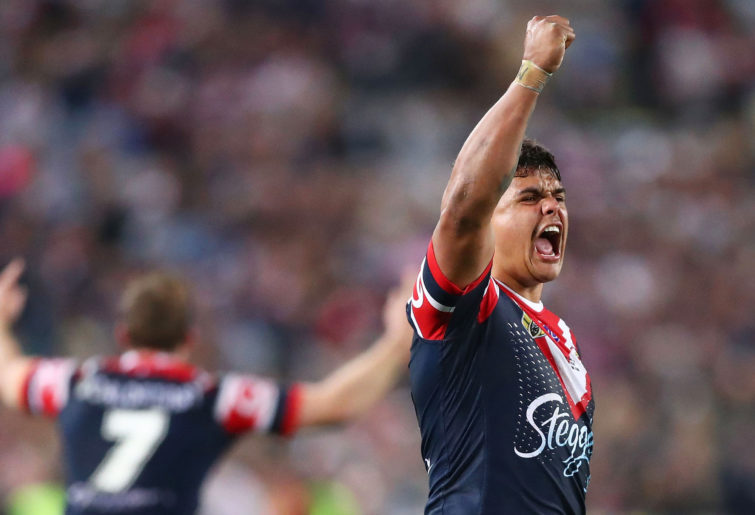 Trent Robinson’s side faced a far more sterner Test against the Canberra Raiders last Sunday; they led 30-6 halfway through the second half before allowing in three late tries, and nearly having a fourth scored against them as the clock ticked towards full-time.

But the Raiders would have a try knocked back in the final minute, allowing the Chooks to hang on by 30-24 with captain Boyd Cordner saying afterwards the team wasn’t happy with the way they finished the match.

The poor finish to last week aside, the only other downside for the reigning premiers has been a serious bicep injury suffered by the other co-captain, Jake Friend, on Anzac Day which has all but ended his hopes of debuting for Queensland in this year’s State of Origin series.

Against the Brisbane Broncos at Suncorp Stadium this Friday night, they’ll want to be switched on.

After a poor start to the season, Anthony Seibold’s side has lifted in the past three weeks, defeating the Sharks and Sea Eagles, both at home, on either side of a heavy loss to the Rabbitohs at ANZ Stadium in Round 8.

Seibold swung the axe following the defeat to the Bunnies by dropping James Roberts and Jamayne Isaako to reserve grade, and it seemed his actions spoke louder than words as his side registered just their third win of the season against the Silvertails.

They will be aiming for consecutive wins for the first time this season when they face the Roosters, who as mentioned at the top of this article walloped them by 36-4 at the Sydney Cricket Ground in Round 4.

That night, the Broncos made over 50 missed tackles as they struggled to adapt to the coaching style of Seibold, who’d taken the Rabbitohs to a preliminary final in his only season at Red Hill last year.

That result aside, the Broncos had won four of their previous six against the men from Bondi Junction, including both times last year.

Six weeks on, the side will have well and truly learnt from that defeat and it has them primed for revenge against the premiers, who will be shooting for their ninth consecutive win this Friday night.

After being dropped to reserve grade, one of Roberts or Isaako may earn a re-promotion to the side after Jack Bird suffered a season-ending knee injury against the Sea Eagles last Friday night.

The return of Roberts could see him match up on Roosters superstar Latrell Mitchell before the pair possibly become teammates for New South Wales ahead of the start of next month’s State of Origin campaign.

But whether Roberts, who had reportedly fallen out of favour with Seibold at Red Hill and had been linked with a move to the Rabbitohs before that suggestion was shut down by their coach, Wayne Bennett, is selected by Blues coach Brad Fittler will remain to be seen.

What will matter for the Broncos this Friday night is continuing to breathe life back into their stuttering season, and an upset win against the Chooks, who are undefeated since Round 1, could go a long way towards restoring some confidence into the team going forward.