Does anyone still care about the bowlers?

Cricket is fast becoming a batsman’s game through and through, but it’s coming at the cost of strangulating the bowlers, as if the latter mattered but little.

The etymological link between cricket and the wooden implement or crooked staff does not mean that the game must always be dominated by the bat. The other components of it are equally vital. If more and more youngsters take to batting and not to bowling these days, the reasons are easy to ascertain: they watch so much pummelling of the ball by the bat. It seems fair to suggest that a lad with great fortitude alone will pick up the ball nowadays, and to excel with it he needs more than ordinary flair.

With the rise of T20, cricket has mostly sunk into explosive batting. And little else. Tragic it is from a bowling perspective. Dead decks in most countries, the widespread use of heavy bats, shrinking boundary lines, lightning-fast outfield and the like have contributed to a massive increase in 300-plus scores everywhere in one-day internationals.

The game must be an equal contest in which all the three skills are tested with some measure of fairness. But of late only the bowlers and fielders are challenged so severely, while batsmen flourish consistently. This bias in favour of batting is often so overwhelming. In environs loaded to ease batting endeavours in multiple ways, bowlers can only hope and pray for his tormentors to err. No wonder success stories in batting easily surpass those in bowling in the last decade or so. Against every Jasprit Bumrah are a dozen marauding Glenn Maxwells or Jos Butlers. 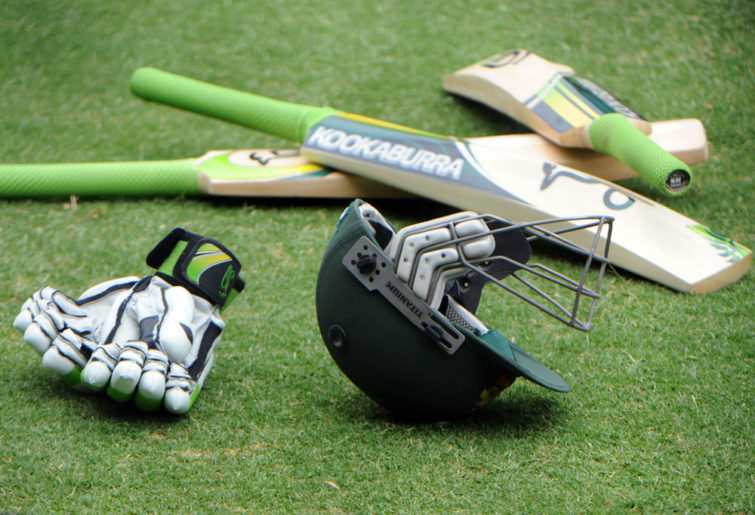 All components of cricket should be treated equally

These days cricketing stats speak too well of batsmen while bowling skills are seldom adequately reflected. Even in countries which once boasted of seaming, swinging decks – England, for example – 300-plus scores are a norm nowadays. Given the batting carnage we are witnessing now, no score is truly defensible regardless of the quality of bowling available to a team. It’s saddening to watch match after match in which all kinds of bowlers are smashed into smithereens with monotonous regularity, especially in the shorter formats of the game. Why is it so? Is there a method in this madness? The answer is in the affirmative but in a quirky way.

Pitches have a lot to do with the batting savagery regularly unleashed these days. Low-scoring ties are very rare nowadays because organisers feel the flatter the deck, the longer the match. A lengthy encounter yields more entertainment and more scope for ad breaks to the telecasters. Of course cricketing entertainment now seems to denote a mere massacre of bowlers. Most among the crowds seemingly prefer a total domination of the bat and not the ball. The purists who ponder otherwise are often a minority, and the sanity of their voice is perpetually drowned by the clamorous sadists baying for the bowlers’ blood.

The laity, it appears, universally feast on batting fireworks, not on the subtleties of swing, seam, bounce or spin showcased by the perennially toiling bowlers. So an explosive batting display is the order of the day in all climes in the shorter versions of the game. A pitch heavily loaded in favour of batsmen makes it tough for most bowlers to exert some measure of control over scoring. The fast merchants labour regularly more in hope than with any sense of certainty of slowing down the scoring, let alone getting a wicket. Not that they essentially lack the skills to conquer the batsmen, but that everything seems to conspire against them.

The abridged forms of the game have helped improve fielding standards everywhere, but that advantage often seems negligible and is usually undermined by the massive muscles of the willow-wielders. Heavy bats carry even mishits into or over the ropes. Clubbing the sphere into the stands appears an easy job for most players. A young pacer sprinting into the crease to bowl to an Andre Russell needs more than just fine skills. Adding to his adversities, boundary ropes are strategically brought in to encourage big-hitting.

Some laws governing the shorter formats seem so callous to bowlers. Devised merely to facilitating the constant flow of fours and sixes to make the game ‘interesting’, the fielding restrictions are nothing but a gross challenge to bowlers. Also, the batsman can freely move in the crease, change his grip to bat right or left-handed. The rules of the game inhibit him so little, while the bowler is punished for the least breach in different ways. Cricketing laws encourage the willow-wielders to be so inventive in shot-making, but an equal measure of leeway sadly isn’t extended to the bowlers. It’s just not cricket!

To lend the game a semblance of fairness, some corrective measures are in order. Rules so unreasonably hostile to bowlers must be scrapped promptly to re-establish the idea of a level playing field; henceforth bowlers no longer continue to be the whipping boys. Batting violence is the order of the day. Sad, but true.

Restoring the quality of decks must be a matter of urgent priority. Pitches need to be made fairly lively so that all sorts of bowlers get some purchase from them; that batting skills too must be tested at least to some extent. A sporting pitch that encourages both bat and ball equally is at the heart of the notion of ‘the glorious uncertainties of the game’. Instead a dead deck mostly kills the competitive element of the game and makes it a tame, one-sided affair; where the shovel reigns the sphere is totally enslaved.

Let the best flourish, and the meritorious alone, and not the mediocre always running away with a superlative average. Inflated batting stats are often a deplorable consequence of the docility of pitches prepared with skewed priorities and not because of a dearth of quality bowlers.

A spin-friendly pitch, increasingly rare these days, in the Subcontinent is invariably billed as ‘doctored’ by pundits. Such negative criticism not only seriously deters the organisers from forging bowler-friendly conditions elsewhere but it also proves extremely unfortunate from a bowling perspective – a denial of a remote chance of success for the bowlers.

The laws pertaining to fielding restrictions are another nightmare for bowlers and must be annulled so that the struggling bowlers have some cushion to operate. As far as possible the ground size must be standardised so that reducing the size of the field just to aid big-hitting is properly penalised. The recent strictures regarding the bat size are to be enforced properly and the guilty parties duly dealt with.

Without being guilty of hyperbole, it can be said that bowlers are seen as second-class citizens so often. Tragic indeed. The game cannot and should not be seen as a saga exclusively of batting power-plays. Needless to say, unrivalled domination of batsmen alone cannot sustain the game. It needs successful bowlers as much to survive and flourish.

Already a minority game in terms of the number of nations playing it at the highest level, cricket cannot afford to neglect the health of its second most important component, the bowling. To spurn it amounts to self-destruction. Bowling must be made as attractive a proposition as batting. This segment must be perpetually nursed, fed and treasured to pink perfection. The spectacle of a fast bowler zooming in to unleash an out-swinger that uproots a left-hander’s off stump is as glorious as a batsman with his light bat, used as a magic wand, leaning into the ball to caress it through covers.

Commercial calculations in cricket, if placed above everything else, can only smother the game and not ensure its wholesome survival and spread across the continents to become a truly global sport.