Paul Williams
Expert
15th May, 2019
37
Join the conversation
Advertisement
Write for The Roar

What started with such fanfare will end with little more than a whimper.

Before we know it Keisuke Honda will call time on his time in Melbourne, with Victory being unceremoniously dumped out of both the A-League and AFC Champions League.

While he still officially has one game left in the navy blue – the deadest of dead rubbers against Sanfrecce Hiroshima as Victory look to send out Honda and retiring captain Carl Valeri on a winning note and avoid the ignominy of going winless in their six ACL matches – the post-mortem of his time in Australia has already begun.

Was he a success or did he fail to deliver? Did Victory and the A-League get maximum bang for their buck or was it a missed opportunity?

The answer, as always, lies in the middle.

Few can doubt the impact Honda had on the pitch, especially in the first third of the season when both he and Victory were flying. But a rare hamstring injury curtailed both his and Victory’s season, and in truth neither player nor club recovered from that.

While Honda returned just over a month later, he had missed nine games – a third of the A-League season – and couldn’t recapture his early-season form as Victory spluttered towards the finals.

Likewise in the AFC Champions League much was expected of Honda, but against the continent’s best he failed to deliver, and before they knew it Victory’s campaign was over after three straight defeats.

Such a meek exit should cause a serious rethink as to how the club approaches the ACL, especially as they will again take part next year, although they’ll have to navigate a tricky play-off stage if they are to even make the group stages.

But a large part of signing a marquee player is what they can do off the pitch as much as it is about what they can do on it, and it’s here that it feels like Honda’s time in Australia is one big missed opportunity.

What is the legacy of Honda’s time in Melbourne?

Has the Japanese community been engaged in a way that they’ll want to return even after Honda has left? Has Melbourne been able to expand their corporate networks into Japan and further in Asia with a suite of new sponsors that can be leveraged into the future?

Do they now have an online presence in Japan to speak directly to fans in Japan and keep the relationship going post-Honda? Have they been able to leverage Honda’s off-field business, football and philanthropic interests to create lasting social programs for the underprivileged?

These are the opportunities that signing Honda presented, for he was the most unique of Asian players. He is not just a football player. That is only part of the Keisuke Honda story. He is a successful businessman, philanthropist, humanitarian and has a growing portfolio of clubs and football schools around the world.

No other Asian player could open the doors that Honda could, yet it feels like when Honda flies out of Tullamarine airport after their game against Sanfrecce Hiroshima that will be the end of the relationship with Melbourne Victory.

Thanks for coming. Next.

Signing Honda should have set the blueprint for how to maximise a marquee player, something the A-League hasn’t yet quite grasped. Sydney FC and Alessandro del Piero is the perfect case in point. 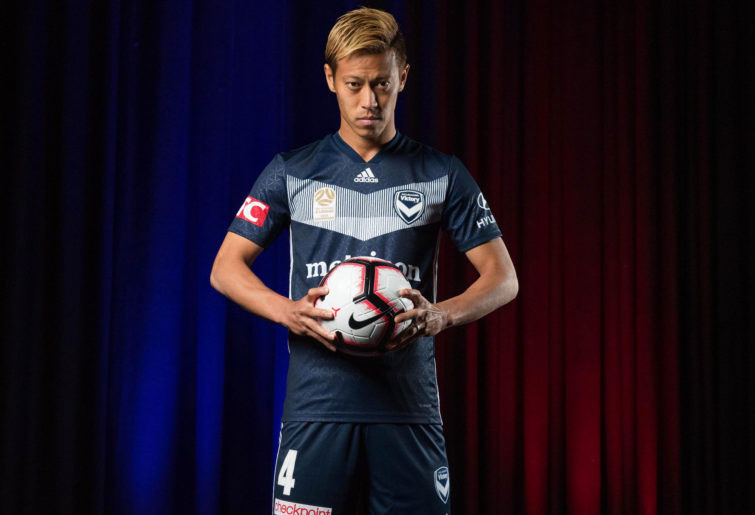 When these players depart, which they inevitably will after a season, maybe two, we need to find a way to keep player and club connected. Whether that’s as an international ambassador or some other role – perhaps ownership, as was the case with David Beckham in the USA – something needs to be done to keep that connection alive.

I wrote previously for The Roar that by not doing more to associate themselves with Honda’s role in Cambodian football Victory has missed a massive opportunity, and that remains as much the case now as it was then.

Victory will point to increased shirt sales, increased social engagement and other metrics to argue the case that signing Honda was a success, and certainly they form part of the case in the affirmative.

But it feels so much of what was done around Honda was haphazard and done on the run with no planning and no thought to the long term. Why did it take until midway through the season, when Honda was about to miss a large chunk of the season, to offer Honda-themed ‘international membership’? Why wasn’t that on offer from day one?

While the nagging feeling that Honda’s signing was an opportunity missed won’t subside, there should be no doubt that signing one of Asia’s best players is something Victory should look to repeat, especially given their participation in next season’s AFC Champions League.

Making use of the ‘plus one’ rule is smart business, and if they are to make amends for their horror show this season, maximising their foreign quota is necessary.

So who should be next? Some may say the names are fanciful, but then many thought that of Honda too.

The likes of experienced internationals Makoto Hasebe, Shinji Kagawa, Yuto Nagatomo, Ki Sung-yueng, Koo Ja-cheol and Lee Chung-yong should be near to the top of the list. Or if they want to make a splash in South-East Asia, then someone like Vietnamese star Nguyen Quang Hai.

Whoever it is, let’s hope they’ve learnt their lesson from the Honda experience.