The excellent cricketers who never played in a World Cup

Tigerbill44
Roar Guru
15th May, 2019
13
Join the conversation
Advertisement
Write for The Roar

Before discussing the main theme of this article I first want to make clear I am considering only those players who have played at least part of their career after the beginning of the World Cup era starting in 1975, otherwise all the great players of the previous era going all the way back to William Grace would come into the list.

I have also ignored the South Africa players of the 1970s and the 1980s as their country was banned from international cricket at the time and didn’t feature in the World Cup before 1992.

Vangipurapu Venkata Sai Laxman (India)
I have checked some Indian fan sites and the opinion seems divided about Laxman’s effectiveness as a one-day batsman. While his position as one of the best Indian middle-order batsmen in Test cricket is unquestionable, his ODI record is fairly modest – an average of 30.76 with a strike rate of 71.23.

It’s also important to note that while he played his last Test in 2012, his last ODI was in 2006, so his only realistic chance of a World Cup appearance was in 2003. But then the Indian selectors went for Dinesh Mongia, a left-hander who was known to be more of an accumulator of runs rather than a genuine strokemaker. But he was a useful left-arm spinner and that certainly worked in his favour.

Laxman’s elegant soft touches, especially while playing in the leg side, made him a delight to watch in Test matches, but for ODI cricket someone like Yuvraj Singh served the team’s purpose better. Laxman was perhaps a bit too much of a gentleman for ODI cricket – perhaps an ‘executive’ with coat and tie on, not suited to the pyjama version of the game. An interesting fact about Laxman is that he got ducks in both his first and last innings in ODI cricket. 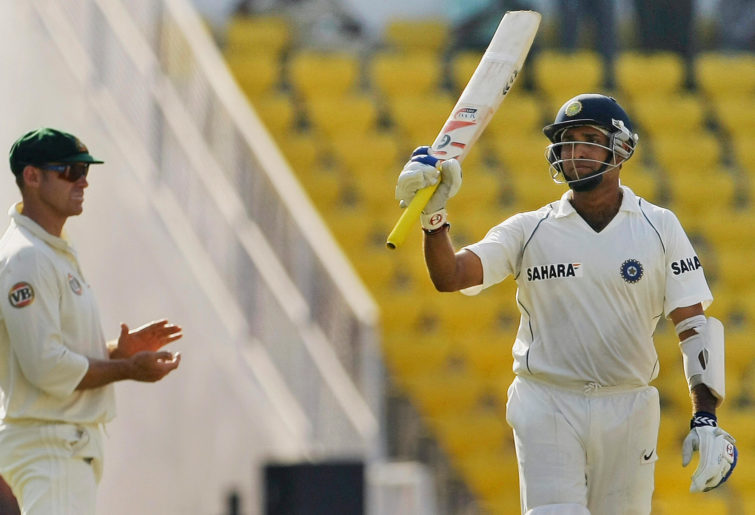 Erapalli Anantharao Srinivas Prasanna (India)
Prasanna, arguably India’s greatest off spinner, never played an ODI. The consensus was that he was not athletic enough for this version of the game, yet most of his playing time was before the Kerry Packer days when many top cricketers took the game in a lighthearted manner and cared much less about fitness in comparison to the players of these days. Even in the 1987 World Cup I remember a number of England cricketers whose movement in the field was not very smooth. Basically it was the Aussies under Bob Simpson who first attached great significance to physical fitness, especially for the limited-overs game.

India went in to the 1975 World Cup with little preparation. Following the fashion at the time, they went for a pace-heavy attack and only Bishan Singh Bedi and Srinivasaraghavan Venkataraghavan form the spin quartet made the World Cup squad. Both Bedi and Venkat had considerable experience in the shorter game, having played in England’s domestic competitions.

But it should be mentioned here that Pras at the time was in pretty good form despite being in the twilight of his career. In Madras in January 1975 he had helped the Indians in a Test victory over a strong West Indies side, taking nine wickets in the match. A year later in Auckland he took 11 wickets with a career-best 8-76 in the second innings to lead India to victory. The Auckland win was a special one as it would take India more than three decades to register their next Test success in NZ.

Gehan Mendis (England and Sri Lanka)
Born in Sri Lanka, then Ceylon, in 1953, he along with his family migrated to England when he was 12. There he enjoyed a long and successful county career as an opening batsman with Sussex and Lanchashire. Thus he was qualified to play for both England and Sri Lanka, but in the end he never made it to the international arena.

When Sri Lanka participated in the 1975 World Cup most people expected his name to be at the top of the team list, but playing for Sri Lanka would have jeopardised his chances of playing for England. More importantly, he would have lost his status as a home player on the county circuit and would have had to fight with the best cricketers in the world to hold his place in the county team as an overseas recruit.

It should also be mentioned here that the cricketing structure in Sri Lanka at the time can at best be described as semi-professional, and it wasn’t easy for even a top cricketer to consider cricket as his full time profession.

While his name often emerged as an England probable, he never got a chance with the national team. The fact that Geoffrey Boycott opened for England in the 1979 World Cup and Chris Tavare was used in the 1983 event make me feel he was distinctly unlucky not to play in a World Cup.

Lawrence Rowe (West Indies)
Michael Holding described him “as the best batsman I ever saw”. Sir Gary Sobers felt that “he could have been the greatest of all West Indian batsmen”. Yet a lack of fitness and other problems meant that he ended up playing just 30 Tests and 11 ODIs. He missed the whole of the 1974-75 season with eyesight problem and didn’t feature in international cricket until November 1975. Viv Richards took his place in the middle order during the Subcontinent tour in the winter, while veteran Rohan Kanhai appeared in the World Cup team of 1975.

In 1979 he, like many other West Indies players, was coming back from the Packer series, but it was big-hitting Collis King, another player on a comeback mission, who took the No. 6 slot and stole the limelight in the Lord’s final. By the time the 1983 World Cup started Rowe was away from international cricket. The fact that the West Indies middle order included Larry Gomes and Faoud Bacchus suggests that, if available, Rowe might well have had a chance.

I like to watch videos of Rowe’s batting on YouTube. It gives me great delight. While Viv and Lloyd were about power and destruction, Rowe was about soft, elegant touches. Like VVS Laxman, Rowe made batting look far too easy. For them batting was a form of art – the way runs were scored was more important than the rate of scoring. It’s a pity that world cricket saw so little of his enormous talents.

Stuart MacGill (Australia)
He played just three ODIs for Australia for reasons known to everyone. In his ODI career he bowled 30 overs and took six wickets for 105 runs, including 4-19 in his debut match against Pakistan in January 2000. In a sense he can consider himself lucky to have played three ODIs; prior to the Shane Warne days leg spinners were something like persona non grata in the Aussie ODI team.

Other cricketers
Ryan Harris didn’t feature in any World Cup campaign for Australia. This is understandable given his fitness problems would have been a liability in any long event.

Jimmy Cook was another unlucky player to miss out on a chance to play in the 1992 World Cup for South Africa, although it should be mentioned that at the time Rice was 42 and Cook 38.

Finally, Dilip Doshi may consider himself unlucky not to be picked ahead of Bedi in the 1979 World Cup team. There Bedi bowled accurately but failed to take a wicket – in fact he didn’t pick any wickets in his last five ODIs. Doshi was a poor fielder and a real rabbit with the bat, but his experience in England could have helped him had he been picked in the World Cup team.

Ben Stokes smashed 22 off one Matt Parkinson over in England’s intra-squad match up ahead of the 1st Test against the West Indies.

During the highly eventful centenary Test match at the MCG in 1977, David Hookes – the South Australian left hander – scored a fine 56 from 69 deliveries.